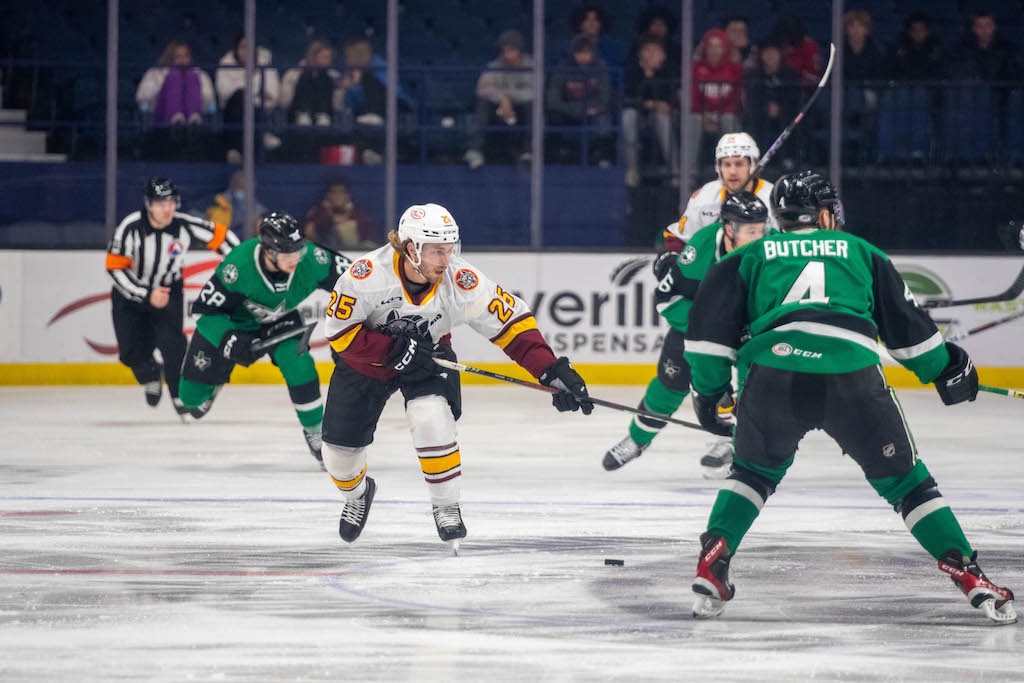 Rosemont, ILL – Although the stands were full of young Chicago Wolves fans during Thursday morning’s school day game; the Wolves ended up falling short of the Texas Stars, who took a 6-3 victory.

Starting in the first period, the Texas Stars made the first goal of the game by Jacob Peterson, for his sixth of the season. With his first goal of the season, Dylan Coghlan tied the game up for the Wolves. The tie did not last long as just over a minute later, Riley Barber secured the lead for the Stars, followed by a goal from Mavrik Bourque, who scored his third of the season to make it 3-1. With just under a minute left to play in the first, the Wolves’ Stelio Mattheos scored, making it a one-goal game.

The second period was relatively quiet when it came to goals. Logan Lambdin was able to tie the game up for just a minute of play before Rhett Gardner was able to recapture the lead for the Stars.

In the third period, the Stars were able to secure the win with goals from Marian Studenic and an empty-net goal from Mavrik Bourque for his second of the night.