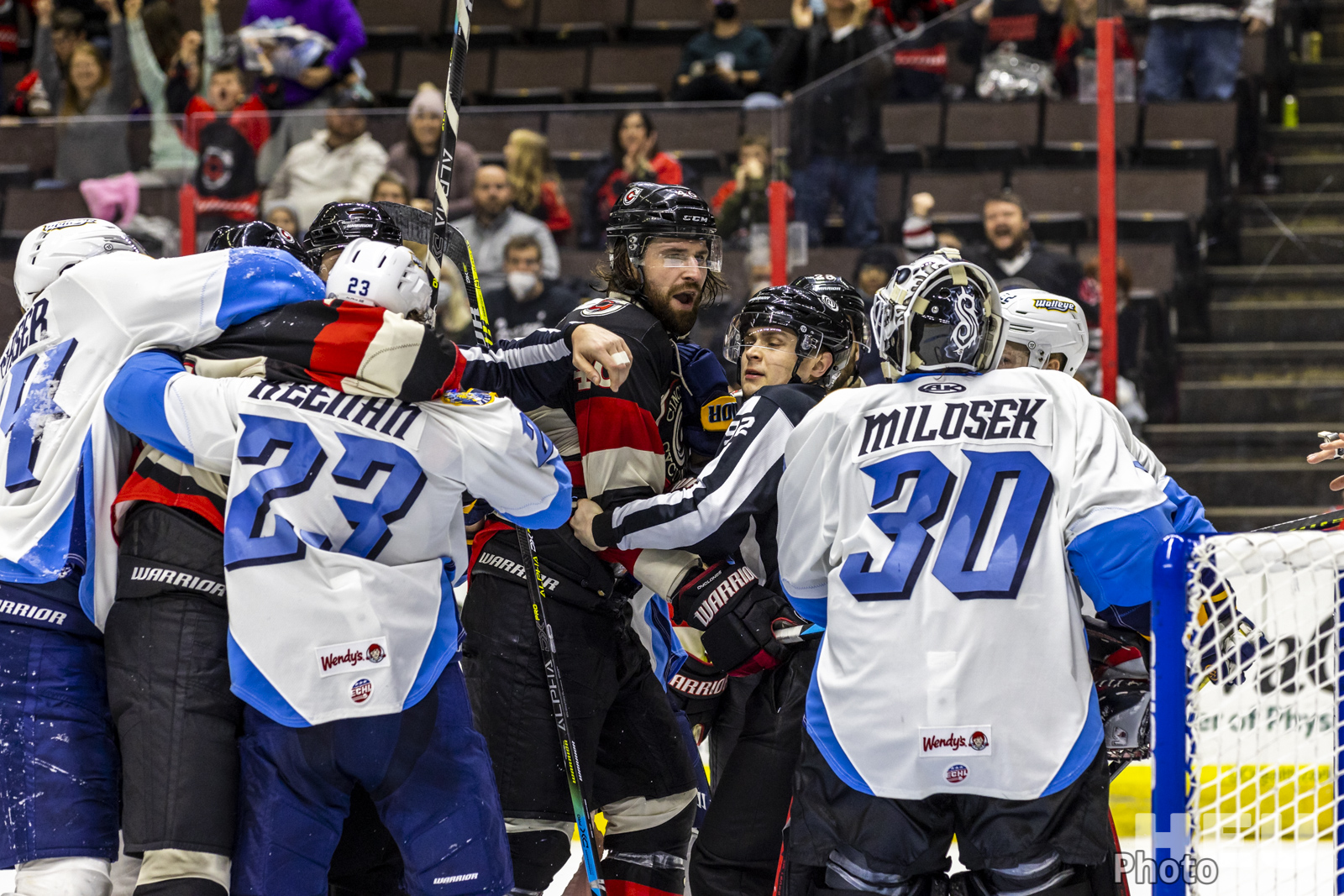 Cincinnati Cyclones home win streak was stopped at seven, in a 4-1 loss to the Toledo Walleye, Sunday afternoon.

CINCINNATI, Ohio – Keeghan Howdeshell‘s third-period goal was the insurance that Toledo Walleye needed, in their 4-1 victory over the Cincinnati Cyclones Sunday afternoon.

Toledo’s Mitchell Heard, Brandon Hawkins, and Brett Boeing all scored in the game by Brett Boeing, was the nail in the coffin, which ended Cincinnati’s home win streak at seven games.

The Cyclones were unable to capitalize during any of the five power-plays chances they had, having just 25 shots on goal versus 34 by the Walleye. Justin Vaive scored his 11th goal of the season, and the lone goal for the Cyclones.