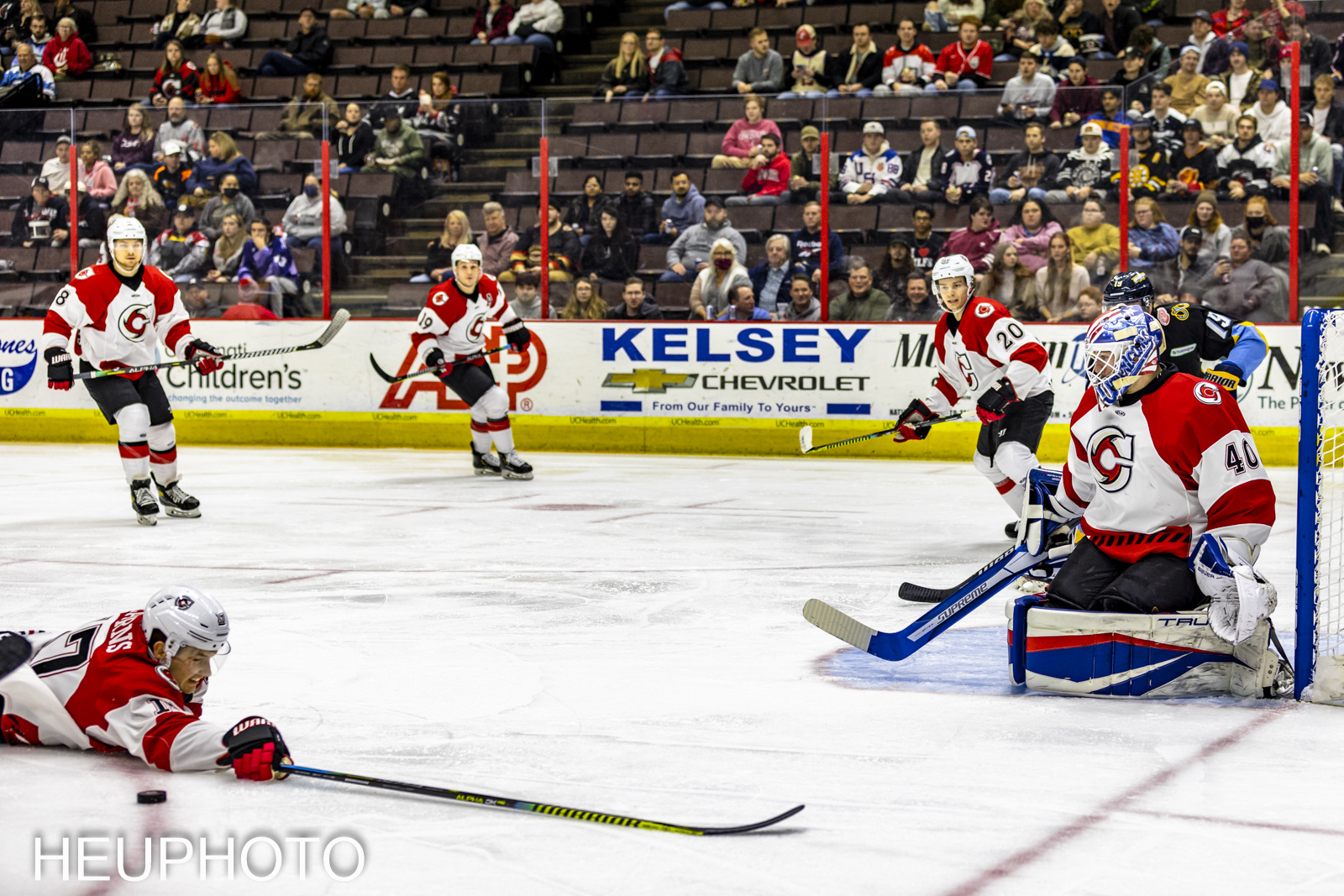 Toledo took the lead on Mitchell Heard’s goal half way through the first period. The score would remain the same until the third period, when Brett Boeing and Matt Berry gave the Walleyes a 3-0 lead. Cincinnati made it interesting, scoring two goals with less than two and a half minutes left on the clock. Zack Andrusiak scored the first, then Justin Vaive scored with 26 seconds left in the game. With time running out, the Cyclones were unable to make another one.  Andrusiak obtained his 15th goal of the season, while Vaive secured his 16th. With the loss, Cincinnati is 13 points behind Toledo, who leads the Central division.

Field Pass Hockey photographer Hector Urica was there for the game and shot this gallery!