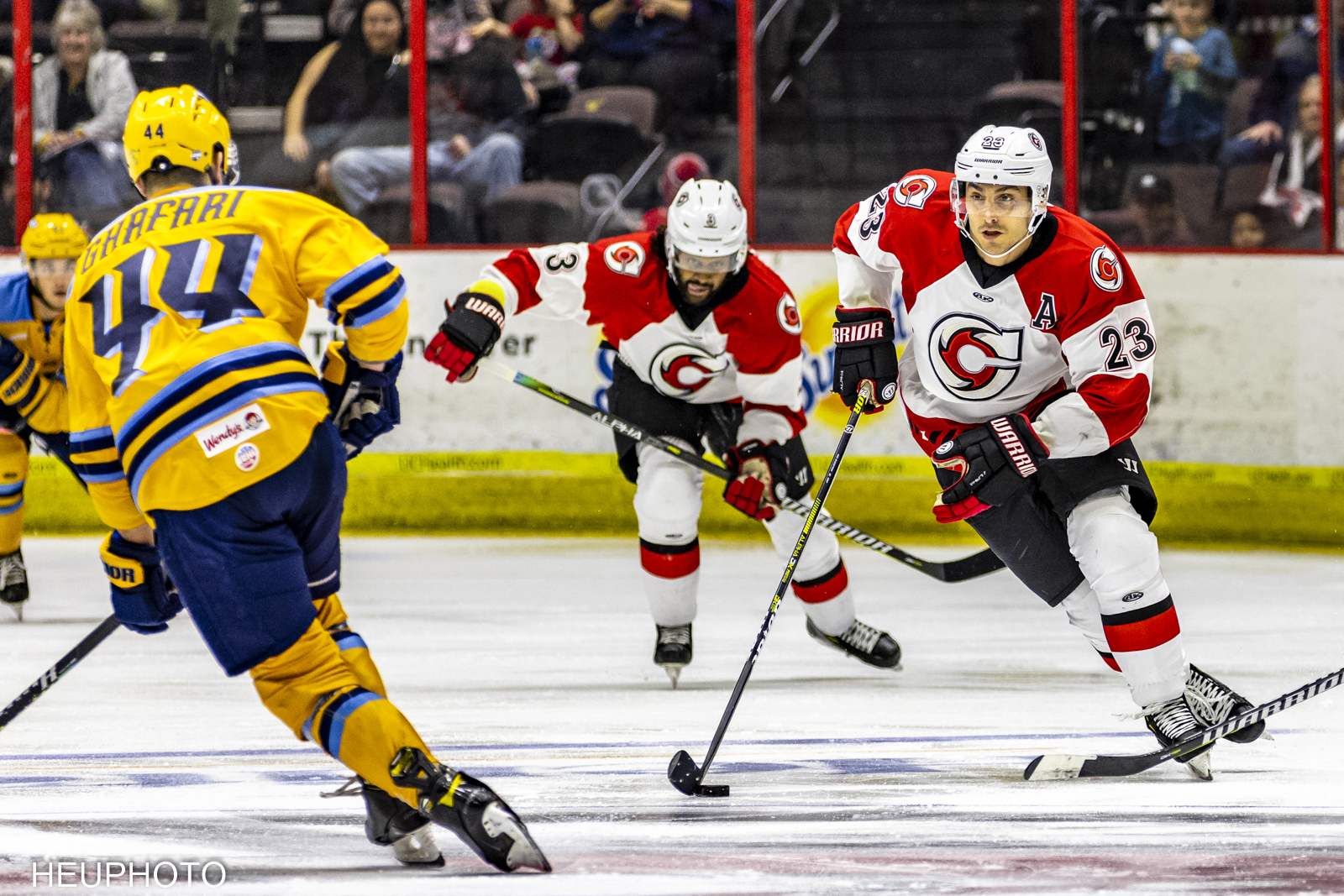 Sunday afternoon Ryan Lowney scored the overtime winner for the Toledo Walleye, in the victory over the Cincinnati Cyclones.

CINCINNATI, Ohio – Sunday afternoon Ryan Lowney scored the overtime winner for the Toledo Walleye, in a 3-2 victory over the Cincinnati Cyclones. This was the Toledo’s seventh straight road victory as they sit atop of the league in the standings.

The Cyclones’ Justin Vaive scored at 7:23 into the first period with a shorthanded goal. In the second period Toledo scored twice, entering the final period up by one. Cyclones’ Jesse Schultz tied the game up, early into the third period, sending it to overtime.

Field Pass Hockey photographer Hector Urcia was there for the game and shot this gallery!