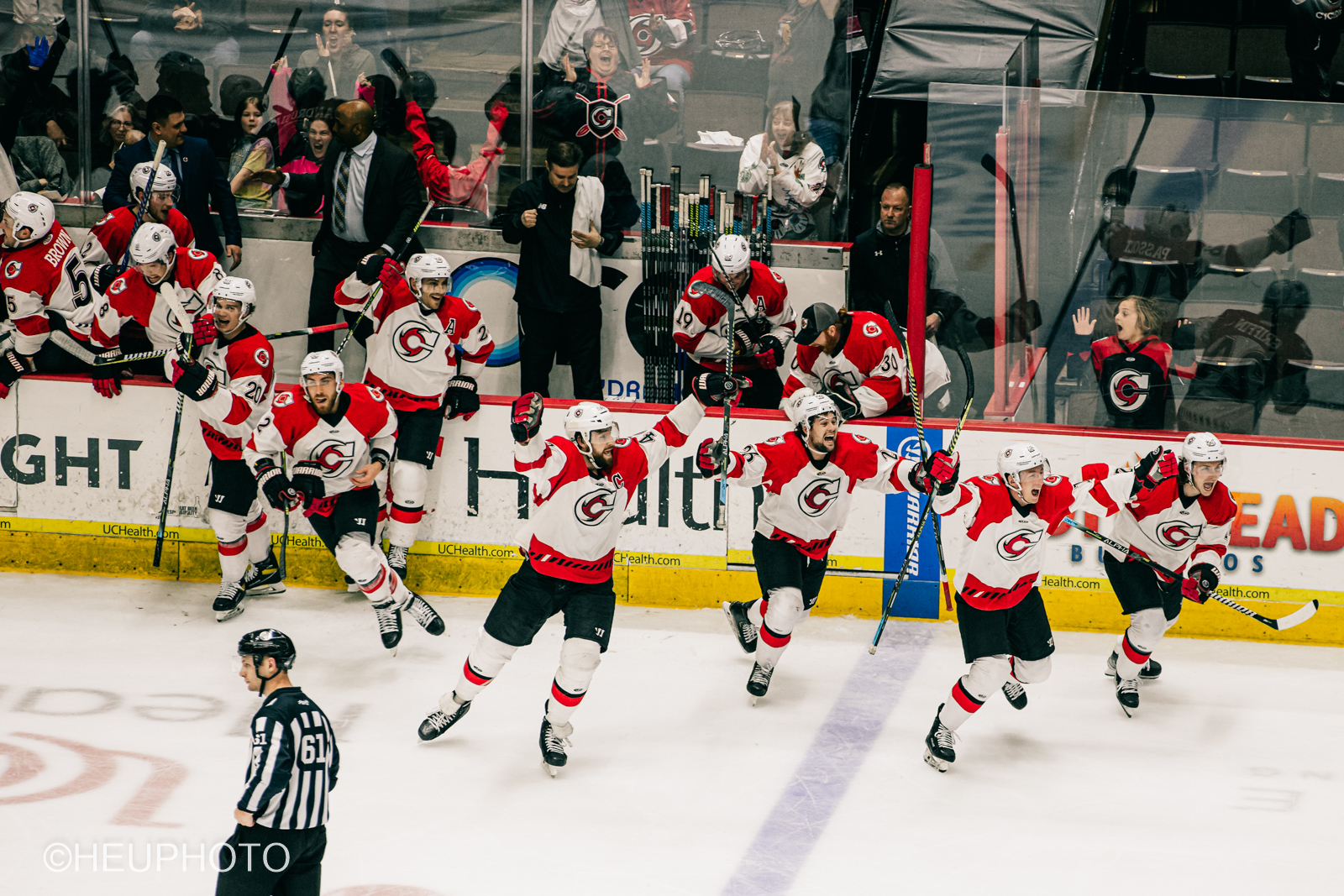 It was another nail-biting game between the Cincinnati Cyclones and Toledo Walleye Monday night, in a game that required overtime.

CINCINNATI, Ohio – It was another nail-biting game between the Cyclones and Walleye Monday night at the Heritage Bank Center. Neither team was able to hold on to the lead, each exchanging goals during regulation.

Graeme Brown opened the scoreboard for Cincinnati 1:45 into the first period but Toledo went to the first intermission up 2-1. The Cyclones’ power play has struggled this series, unable to score with a man up in the previous two games. Dominic Franco ended the streak by scoring at 18:41 of the second period to tie the game at 3-3, assisted by Louie Caporusso and Dajon Mingo.
A short-handed goal by Toledo’s Brett Boeing at 5:03 into the third was a big letdown for the local fans, but it did not last long as Dajon Mingo squared things up two minutes later bringing a small but loud crowd to their feet.  It seemed that Toledo was going to come out on top thanks to a goal by TJ Hensick at 12:45 mark in the final period, but another power goal by the Cyclones tied the game at 5 with two minutes left in the game.

The end of the game was very suspenseful. Five minutes into overtime, Toledo’s Cole Fraser was called for a 10-minute Slew-footing penalty. Five minutes later Patrick Polino scored the overtime winning goal but it was signaled as No-Goal by the referee. After review, the goal was granted and Cincinnati won the game 6-5 to take a 2-1 lead in the series.

Both teams will be back on the ice Wednesday night for Game Four in Cincinnati.