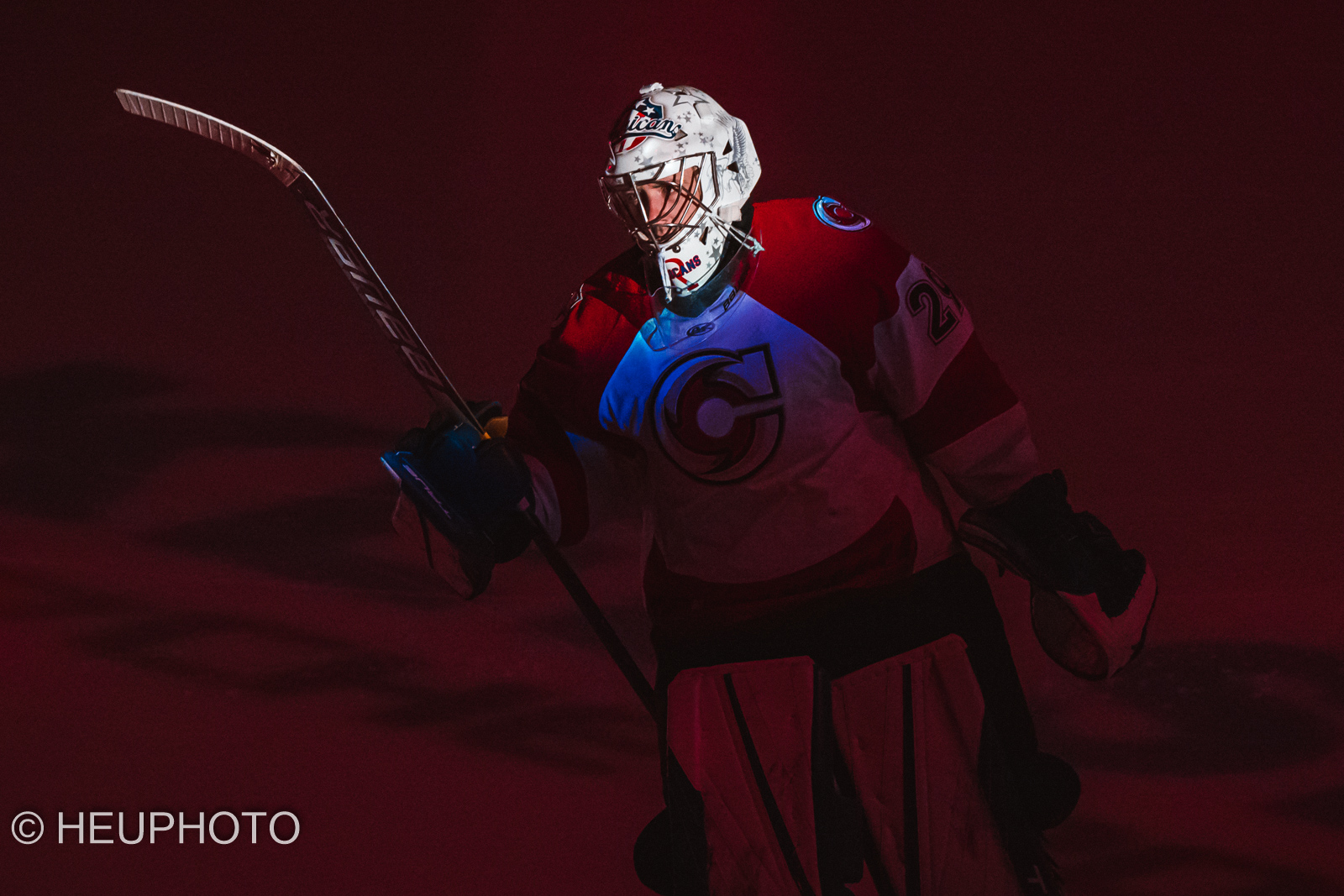 Michael Houser was a “Matador” for the Cincinnati Cyclones in their shutout win against the Toledo Walleye Thursday night.

CINCINNATI, Ohio – Michael Houser was a “Matador” for the Cyclones in their 2-0 win Thursday night at Heritage Bank Center to put them up 3-2 in the series. Houser “killed” all of Toledo’s 42 shots on goal to achieve his first playoff shutout since 2019.

Even though it was a scoreless first period, the Cyclones came out with a lot of energy outshooting Toledo 14 to 8. The second period was more even with both teams having scoring chances, but it was Cincinnati drawing first blood at 17:13 with a goal by Lincoln Griffin. The final period was all Walleye. with them having 15 more shots than their counterpart. Yet, Cincinnati found a breather after Justin Vaive assisted Zack Andrusiak for his fourth goal of the playoffs. Toledo kept the pressure up for the remainder of the game and found themselves on a two-man advantage for 1:35 , but were still unable to beat Houser, the third star of the match.

The series will go back to Toledo Saturday night for Game Six, a must win for “The Fish”.