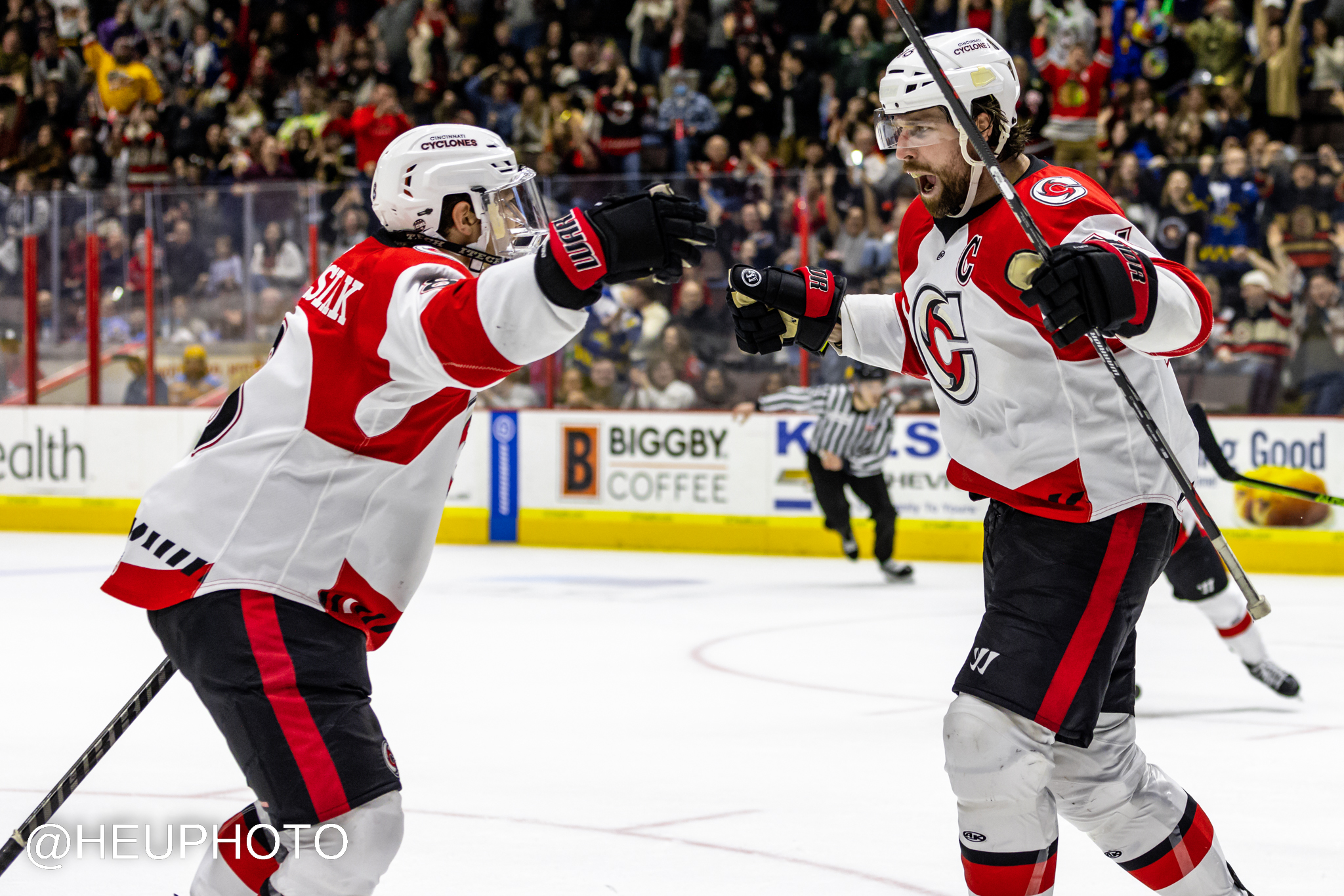 #ECHLPHOTOS | On New Year’s eve, there were some early fireworks as the @CincyCyclones took on the visiting @ToledoWalleye in a game that would need OT to decide the winner.
FPH Photographer Héctor Urcia was there and shot this gallery!

Toledo brought the fireworks in the first period scoring three goals in less than 18 minutes of play. Cincinnati went to the first intermission down 3-1 thanks to Matt McLeod‘s goal, assisted by Arvin Atwal and Patrick Polino.

Neither team could score in the second period, in which 13 total shots on goal were made. The final period belonged to the Cyclones outshooting the Walleye 19-4. Josh Passolt got one back 8:22 into the third period, and with 1:16 minutes left in the game, the captain, Justin Vaive, tied the game sending it to overtime. Zack Andrusiak completed another comeback for Cincy with the game-winning goal at the 1:54 mark in OT.