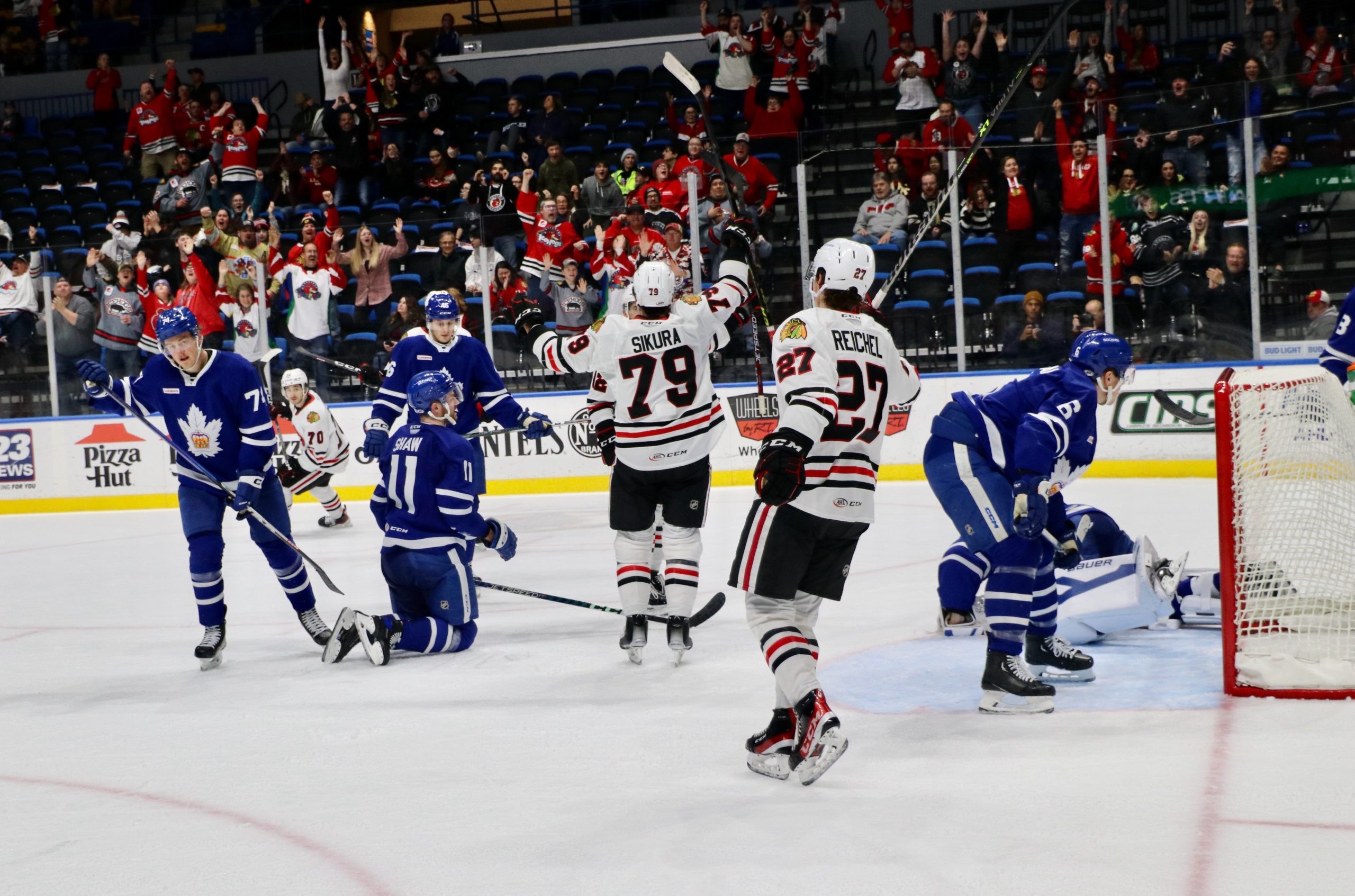 ROCKFORD Ill- On Friday night the Toronto Marlies visited the BMO Center to take on the Rockford IceHogs.

After allowing two goals in the third period, the IceHogs fell to the Marlies 4-3.

Check out the photo gallery from Field Pass Hockey’s Donald Carlson who was there to capture the action.