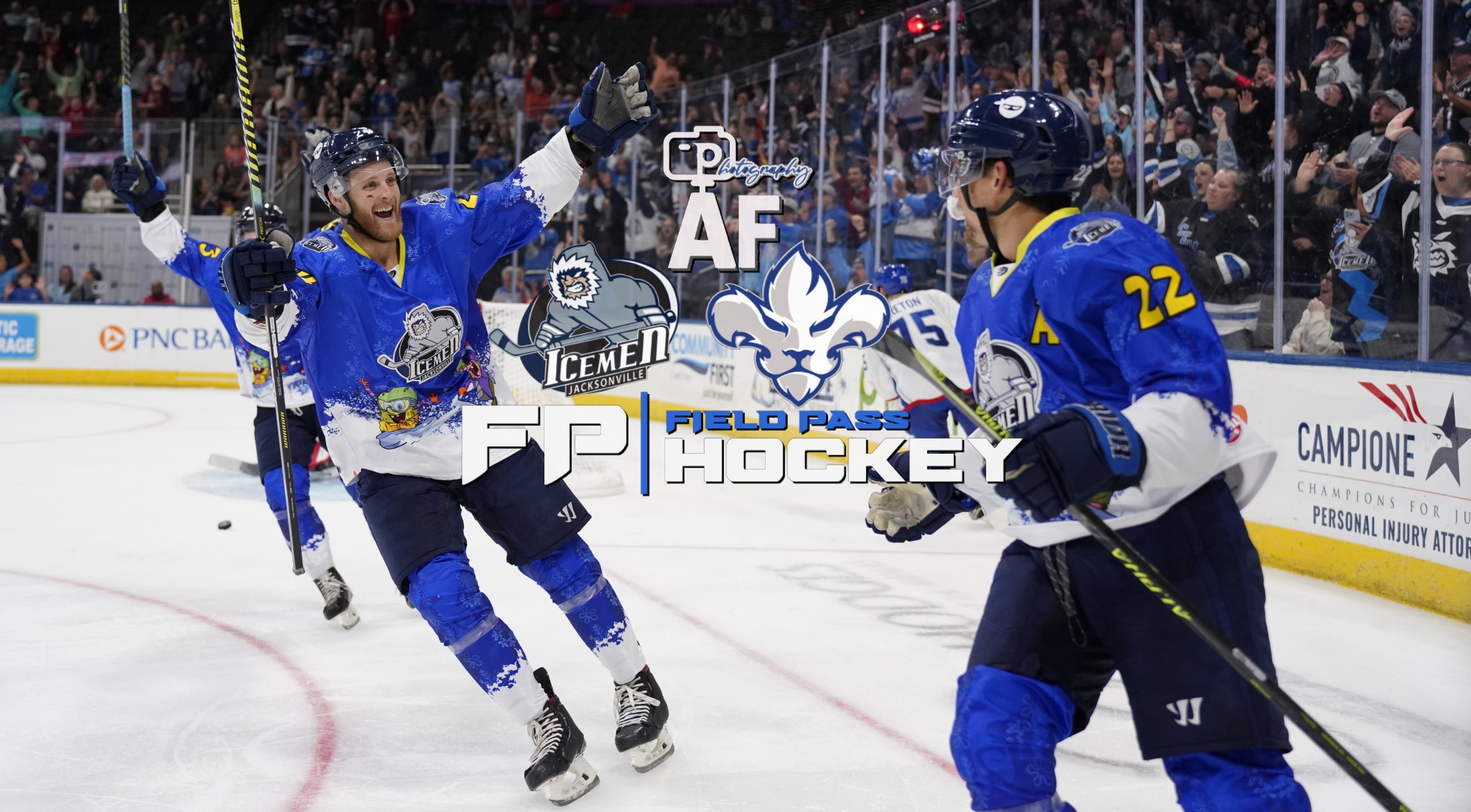 JACKSONVILLE, Fla – On Saturday night the Jacksonville Icemen played the Trois-Rivières Lions in their first-ever visit to Jacksonville.  The Icemen who sported SpongeBob SquarePants jerseys, prevailed with a 5-2 victory.

The first period started slowly for both teams. The Icemen’s Cristiano DiGiacinto scored the first goal of the game at the 17.32 mark on a power play. Alex Benton evened things up for the Lions, also on a power play, with 15 seconds left in the period.

The second period was scoreless and both teams had only six shots on goal. Things started heating up right at the end of the period, with a fight between Victor Hadfield and Riley McKay at the 19.59 mark.

In the third period, Derek Lodemeier scored his first goal just 55 seconds into the period. The Lions Riley Mckay had his second fight of the night, this time with the Icemen’s tough guy Travis Howe, with Howe the clear winner. Colin Bilek evened things up for the Lions at the 8.43 mark, to make it a 2-2 game. Things suddenly started going the Icemen’s way, with Derek Lodemeier scoring his second goal of the game at the 12:05 mark. Less than a minute and a half later, Cristiano DiGiacinto scored his second power-play goal of the game, to give the Icemen a two-goal cushion. Only 26 seconds after that goal, Ara Nazarian scored yet another goal for the Icemen to give them a three-goal lead. The Trois-Rivières were unable to come back from Jacksonville’s burst of momentum.