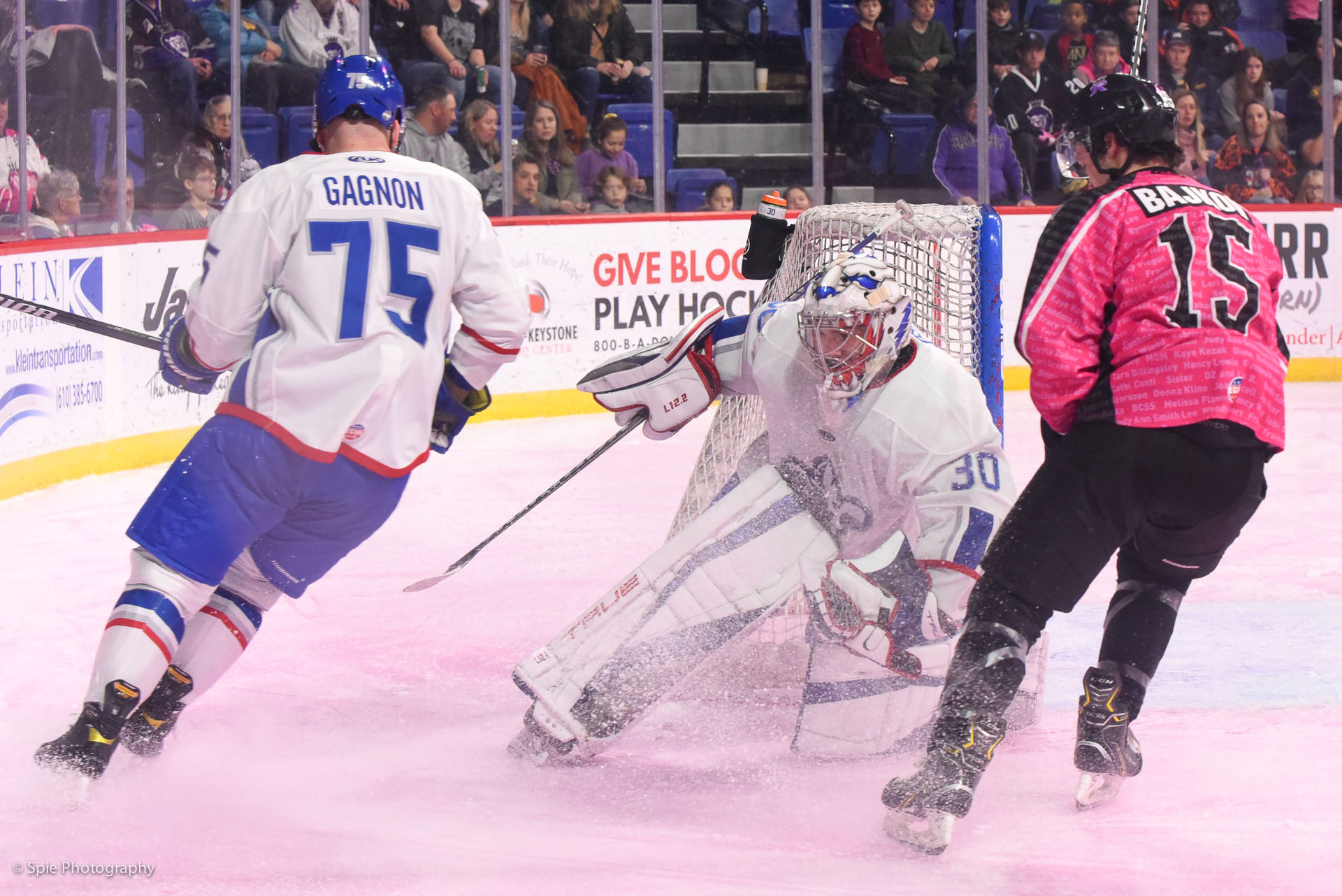 The Reading Royals and Trois-Rivières Lions faced off Saturday night in the second of back-to-back games for the Pink in the Rink.

READING, PA- The Reading Royals and Trois-Rivières Lions faced off Saturday night in the second of back-to-back games for the Pink in the Rink.
The game started out strong for the Royals, who had a 2-1 lead going into the first intermission. The Lions had other plans: they took over the game in the second period, scoring seven goals (including three short-handed on the same penalty). The Royals did manage to score a goal in the second and third periods, but they could not overcome the Lion’s strong second period. The Lions scored  two more goals in the third, with a final score of 10-4. It was only the Royals’ second regulation loss on home ice this season, but this was big one.