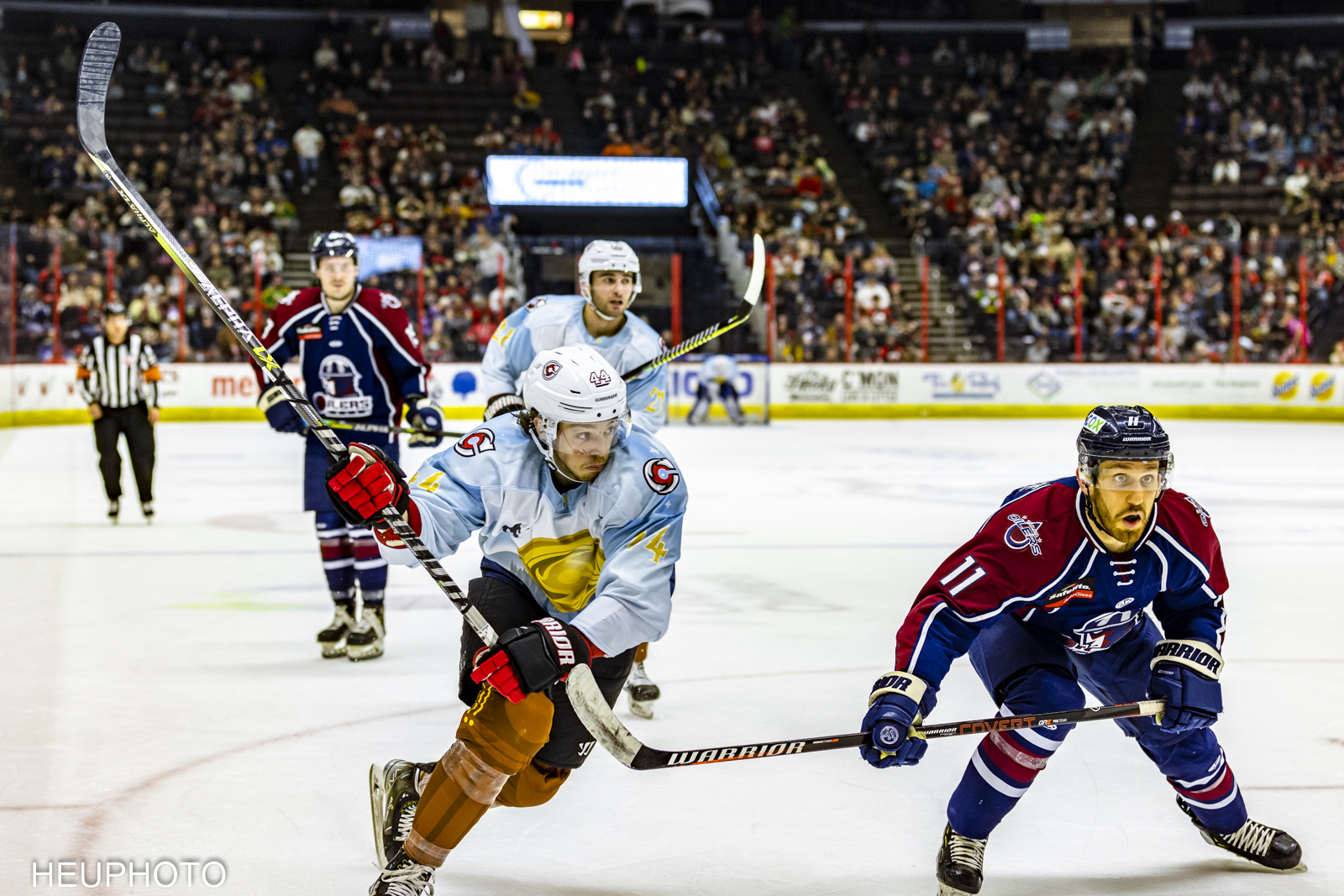 CINCINNATI, Ohio – Friday night the Cincinnati Cyclones took on the visiting Tulsa Oilers at the Heritage Bank Center.  Jesse Schultz scored an insurance goal midway through the third period in the 5-2 victory for the Cyclones.

Zack Andrusiak scored late in the first and 81 seconds later Brandon Yeamans had his first professional career goal putting the Cyclones up 2-0.  While Dylan Sadowy cut the deficit for the Oilers into the second,  a shorthanded goal by Lincoln Griffin gave Cincinnati a 3-1 lead despite being a man down. Tulsa came back a minute later ending the second down 2-3.  The Cyclones took control of the game in third period, with goals by Jesse Schultz and Matt McLeod. In his return from the Buffalo Sabres, Cyclones goaltender Michael Houser was the first  star of the game with 27 saves.

Field Pass Hockey photographer Hector Urcia was there for the game and shot this gallery!