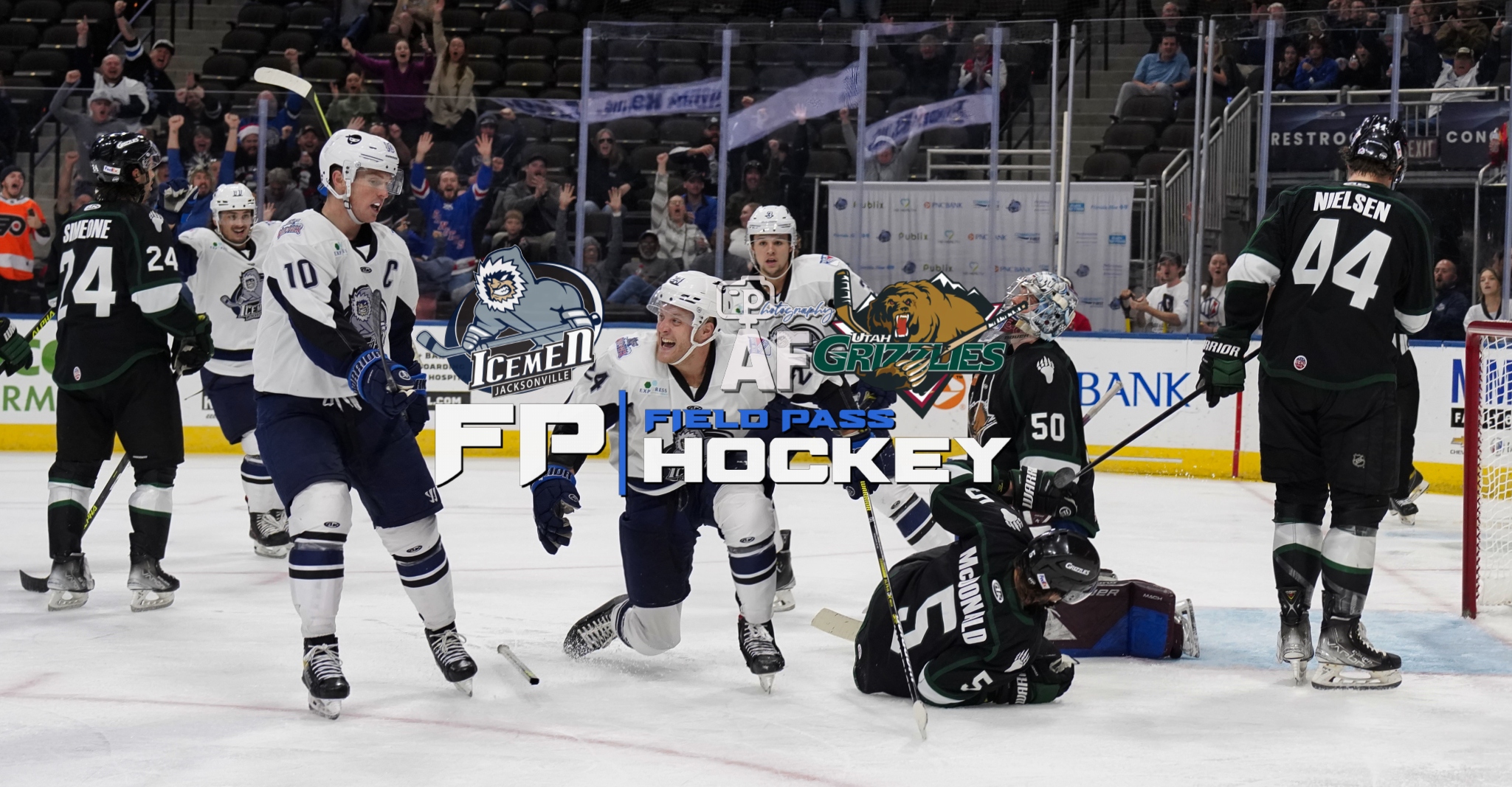 JACKSONVILLE, Fla – On Wednesday night, the Utah Grizzlies made the first-ever visit to Jacksonville to face the Icemen in the first of a three-game series between the two teams. Jacksonville prevailed with a 5-2 victory.

Jacksonville got off to a good start, with Hunter Skinner scoring a power-play goal just over three minutes into the first period of the game.

Luke Martin got the Icemen’s second goal of the game at the 16.34 mark of the second period, followed by a short-handed goal by Zach Jordan two minutes later, which would give the Icemen a three-goal advantage. A power-play goal a minute later by Tyler Penner put the Grizzlies on the board with less than a minute left in the second period.

Twenty-two seconds into the third period Neil Robinson scored Utah’s second goal of the game to bring the score within one. Jacksonville’s tough guy Travis Howe would get the game-winning goal at the 9.47 mark of the period. He would also get an empty-net goal with 17 seconds left on the clock after Utah pulled their netminder in the closing minutes to try and even things up.

The two teams face each other again on Friday and Saturday night.