The Vermilion County Bobcats made the long trek to the Macon Coliseum on Friday, only to get shutout by the Mayhem. 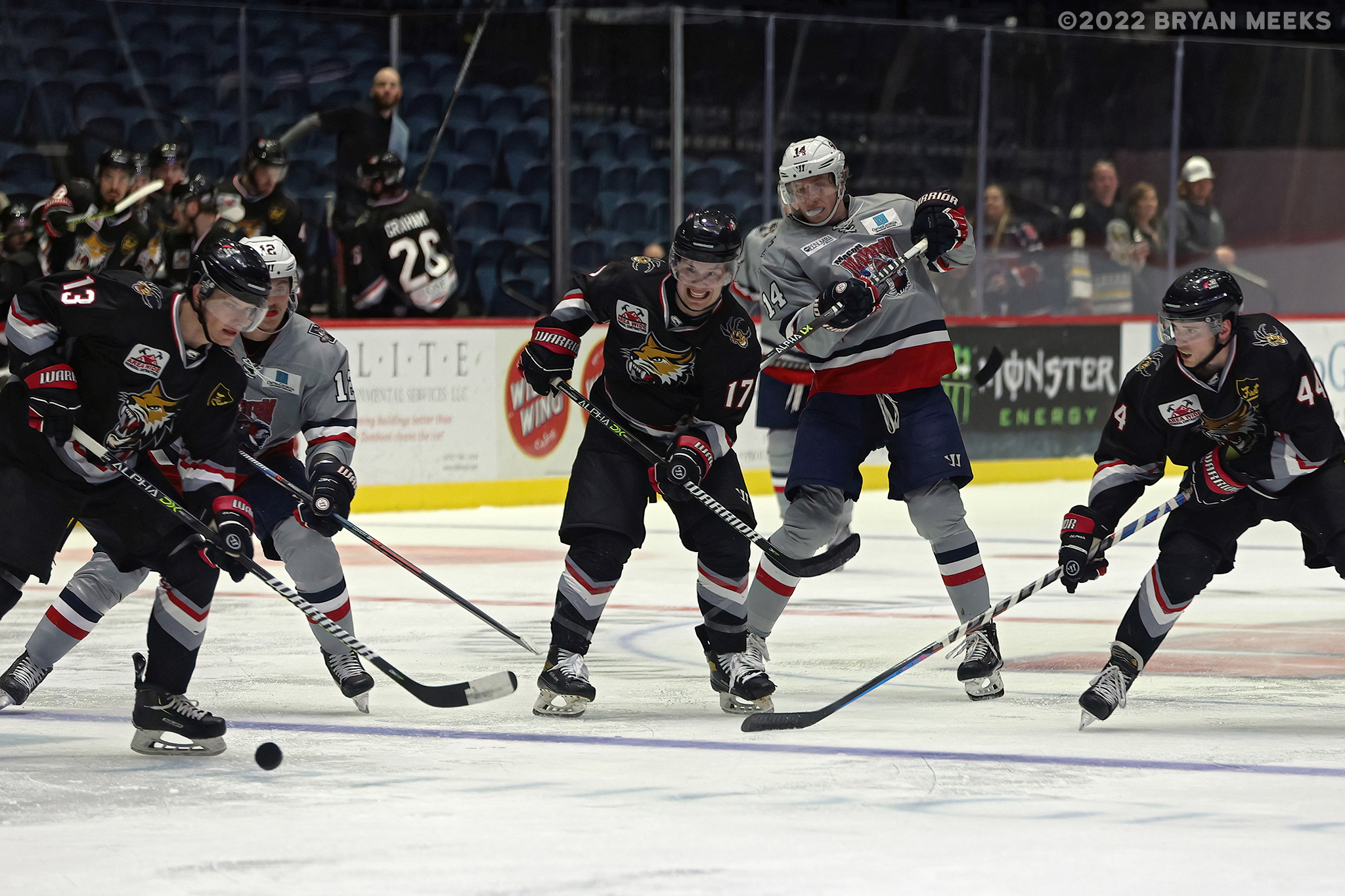 MACON, Ga. – The Vermilion County Bobcats made the long trek to the Macon Coliseum to face the Mayhem on March 25, 2022. The first meeting of these teams would come with only three weeks remaining in the season. Both teams have struggled this year for very similar reasons. Vermilion County is a first year SPHL team and Macon is a completely new team from last year. With the teams taking up the last two spots in the season standings, this game and the next were more for bragging rights than season points.

The first period was a chance for the teams to get a feel for each other. Both teams were evenly matched and fought hard for the puck. Macon got on the score sheet first when a dump on net from center ice by Cody Rodgers caught the Bobcats’ goalie sleeping. The second period was full of Mayhem, starting with a goal from Devin Brink. Dakota Ulmer would net his first goal in a Mayhem uniform before the period would end. Dakota would find the back of the net again in the third. A final goal from Michael Snow would give Macon a 5 goal lead. Macon’s goaltender Gregg Hussey would fend off all 29 of Vermilion County’s shots to claim his first shutout in the SPHL. The final score was 5-0.