The Vermilion County Bobcats stayed in Macon to face the Mayhem for a second consecutive night on Saturday. 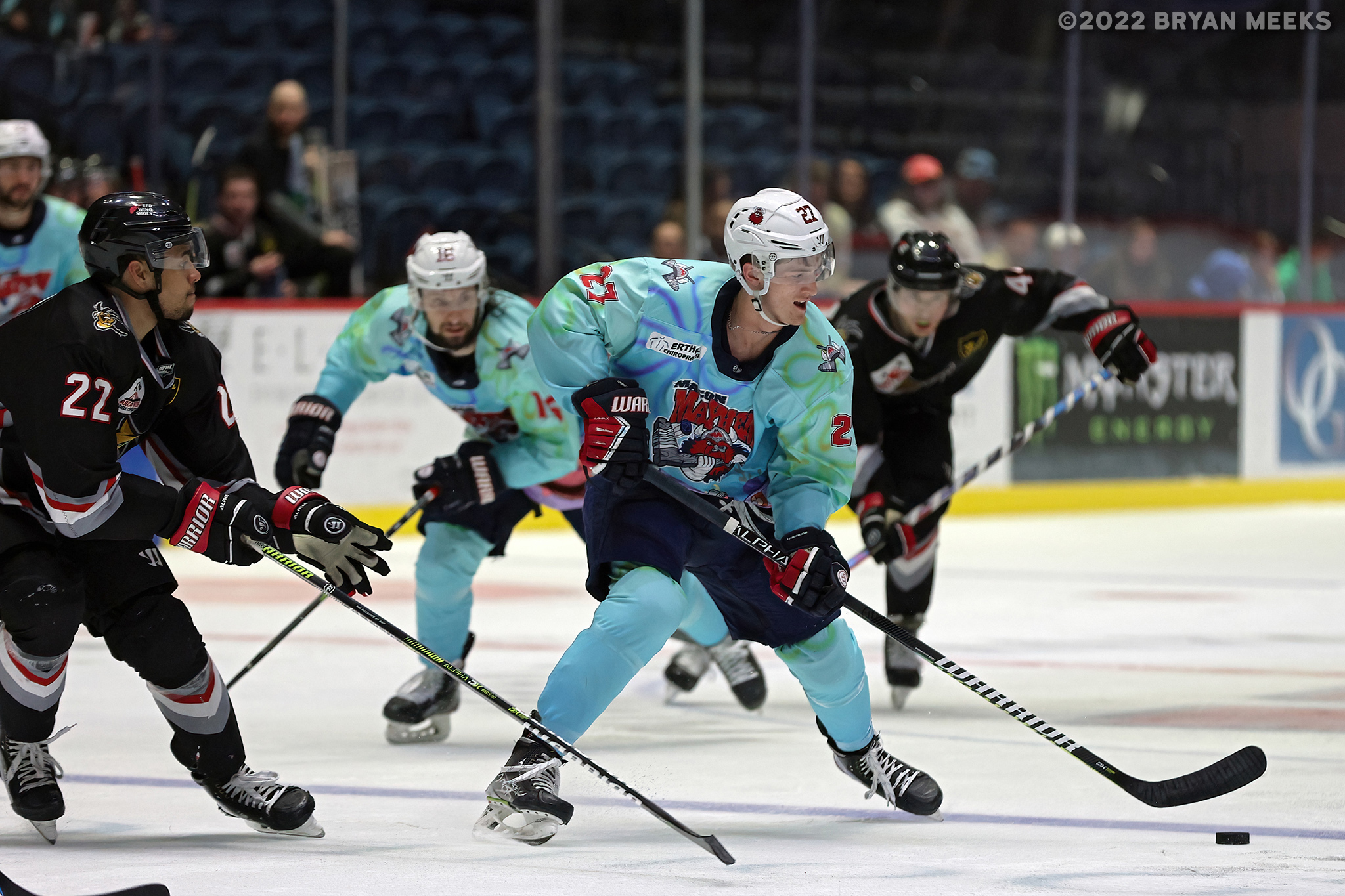 MACON, Ga. – The Vermilion County Bobcats stayed in Macon to face the Mayhem for a second consecutive night on March 26, 2022. They Macon Mayhem wore unique teal unis with Nickelodeon’s SpongeBob SquarePants and Patrick Star on the front dressed as vikings.

Coming off a 5-0 loss, the Bobcats were looking for vengeance. The Mayhem were ready from the initial puck drop as Scott Coash would net the first goal 15 seconds into the opening period. Vermilion County’s Aaron Ryback would answer back a little over a minute later. The first period ended in a tie game.

The second period got out of hand as soon as it started as both teams were giving and taking hard hits. Macon’s Michael Snow gave the Mayhem the lead but the Bobcats’ Levi Cudmore was quick to respond. Brett Radford‘s go ahead goal for Vermilion County would be the last of the period. The second period would end with some short staffed benches as 68 penalty minutes were assessed.

The Bobcats would start and end the third period with a 3-2 lead, splitting the weekend in Macon.