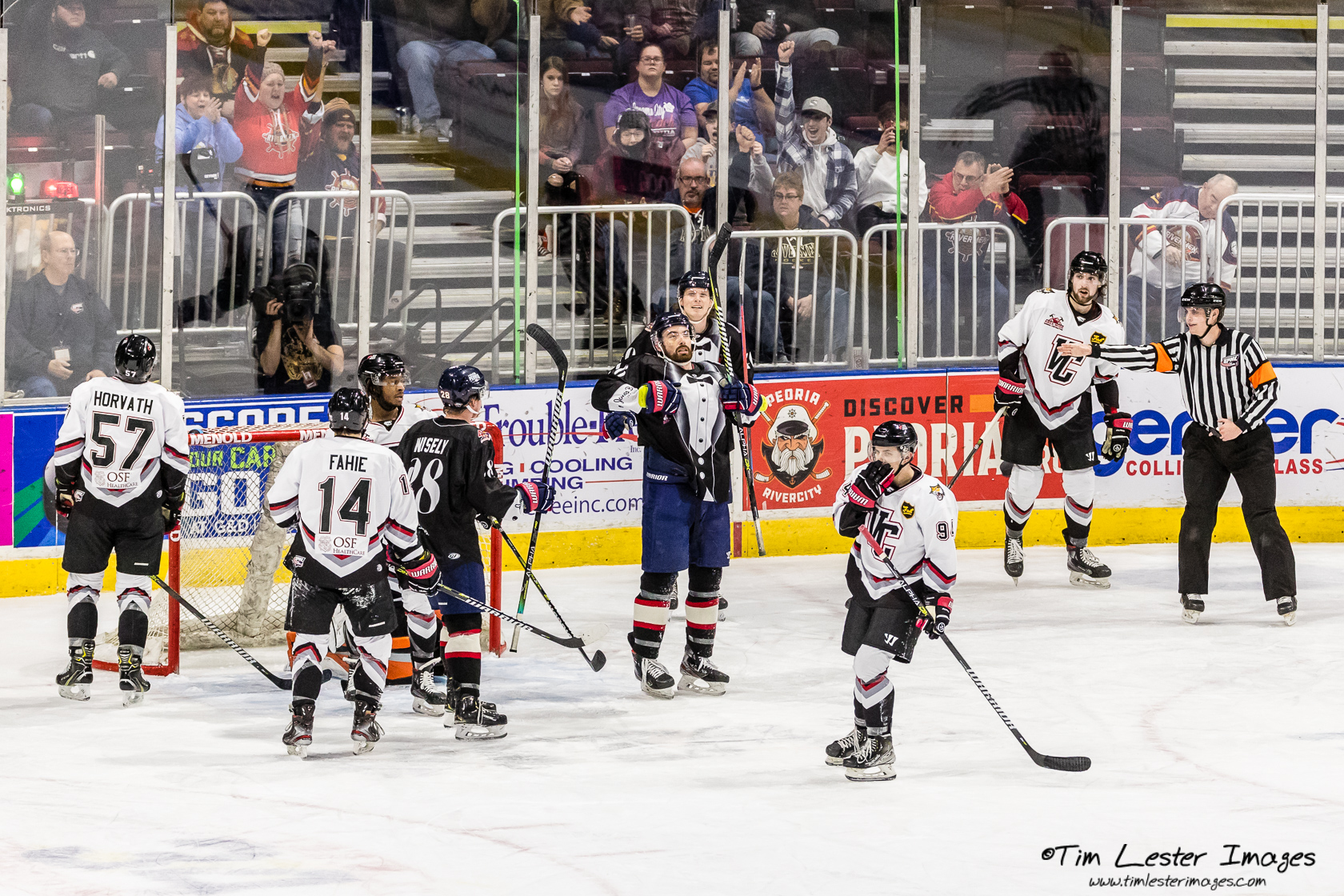 The Vermilion County Bobcats wanted to show everyone that the loss the night before against the Peoria Rivermen in Peoria, was not indicative of their program.

PEORIA, Ill. – Vermilion County wanted to show everyone the night before loss against the Peoria Rivermen was not indicative of their program. The Bobcats are still making roster changes looking for the right combinations. Long time hockey fans realize the first year in a league is never easy and Vermilion County has displayed strength against strong opponents, unfortunately it’s not been consistent. For the second night in a row, Peoria were wearing specialty sweaters, this time Tuxedo styled jerseys for New Years Celebration night, either the jersey’s or annual calendar give away brought nearly 2900 fans out to watch the action.

The Friday night action was offense but on this night, Peoria worked hard on the defensive side of the game only allowing 10 shots on net by the visitors with only one shot per period in the second and third frames. The Bobcats also showed the night previous was not their best and improved their play by reducing penalties to keep Peoria off the power play. The Bobcats only goal by Michael Mercurio was on a power play and would be the only power play goal of the evening for either team, out of three opportunities for each squad. Bobcats winger Houston Wilson was prevented from scoring a goal against Peoria, the first time in four games, but he was the first assist on Mercurio’s goal – this season he has scored at least one point in all but one game versus the Rivermen.

Peoria pressured Vermilion County goalie Ben Churchfield with 44 shots on the night with only three reaching the back of the net. Rivermen netminder Eric Levine had a more relaxed evening but most likely a little more difficult keeping his mind in the game with little action but he was appreciative of his team mates for making his night easier than normal. The 3-1 final score is the closest result since the teams first met back in November, which required a shootout and the Bobcats getting the win in front of their home fans. In the series, Rivermen have out scored the Bobcats 24 to 7.