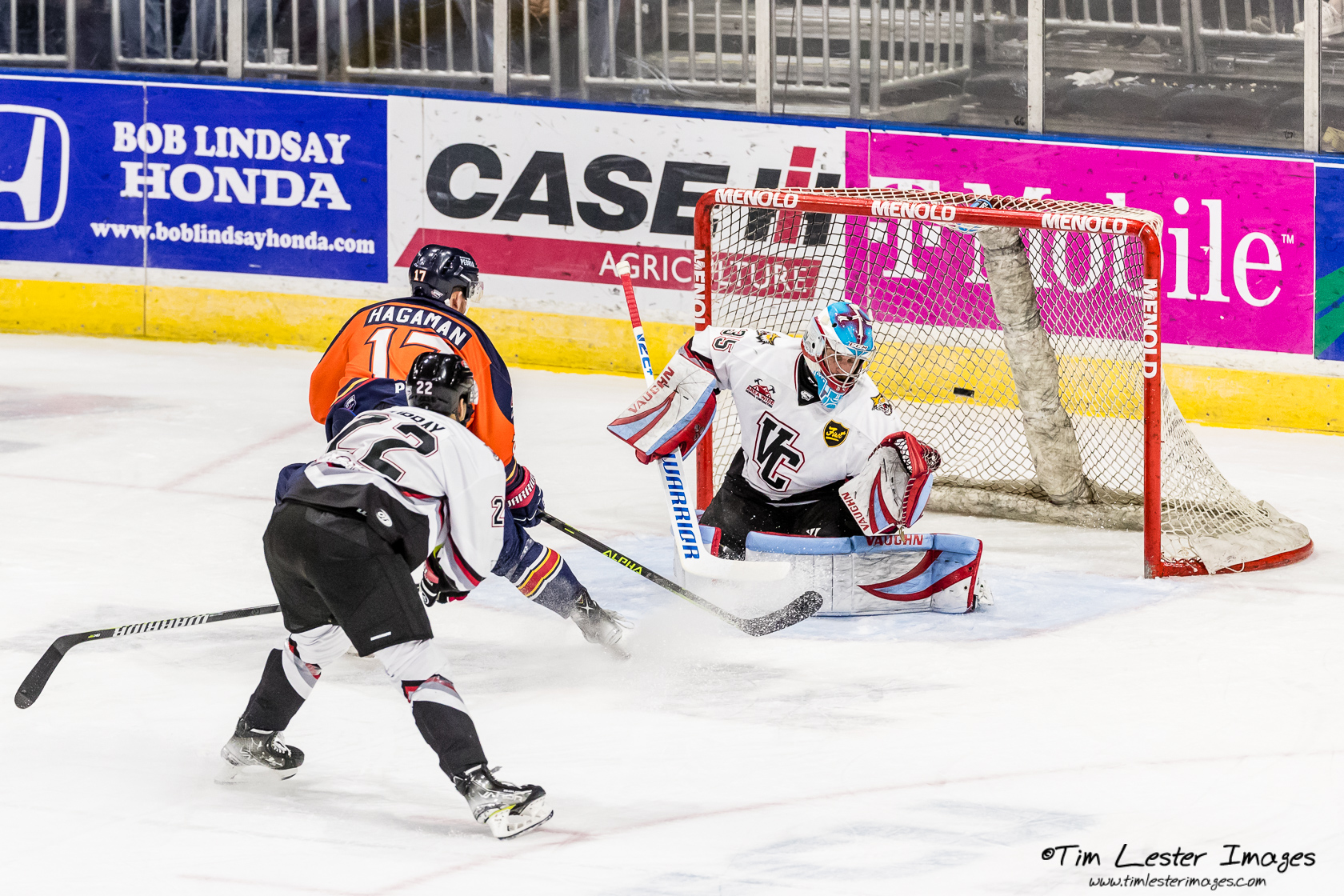 PEORIA, Ill. – The Peoria Rivermen welcomed the Vermilion County Bobcats to the Peoria Civic Center on Saturday. Along the way, some team records were broken with a few historical moments, also.

The first period was calm with one penalty by the Bobcats and a couple of goals by the Rivermen with the second goal by Peoria veteran Mike Gurtler being scored on his 35th birthday.

At the horn, Peoria had the same number of goals that Vermilion County had shots, two for each. The second frame had a little more excitement, recently returned from IR was Rivermen defenseman Chris Allemon who netted his fourth goal of the season just after the three-minute mark with forward Jordan Ernst earning an assist, playing in only his second SPHL game since being returned from Tulsa Oilers (ECHL) after playing 42 games.

The next fourteen minutes consisted of players looking to drop the gloves but never going full in, both teams combining for five roughing penalties over 11 minutes. Newly acquired Kasey Kulczycki by Peoria, recently waived by Knoxville Ice Bears, was able to find the back of the net for his fifth goal of the season and first with Peoria. The Bobcats were able to finally get the puck past Eric Levine when Dylan Rauh scored less than a minute left in the period.

The third period was all about scoring, not a single penalty called in the final 20 minutes. Vermilion County head coach Nick Niedert decided to change goalies to start the third, replacing Ben Churchfield with newly signed Mac Berglove. Peoria was leading 4-1 as the final period started and Gurtler was able to get his second goal of the game at 1:30 into the third and he was able to get an assist for a three-point night. Prior to the five- minute mark, Bobcats forward Davis Kirkendall was able to get the puck past Levine for his second of the season. The offense for Peoria was awoken quickly after this, just over a minute later Rivermen forward Marcel Godbout scored his 29th of the season, and just 8 seconds later, Peoria Captain Alec Hagaman splitting the Bobcat defense from the faceoff and scoring on the glove side of Berglove.

The Rivermen answered a later goal by the Bobcats by three more within two minutes for the final margin with all but four players scoring at least a single point.