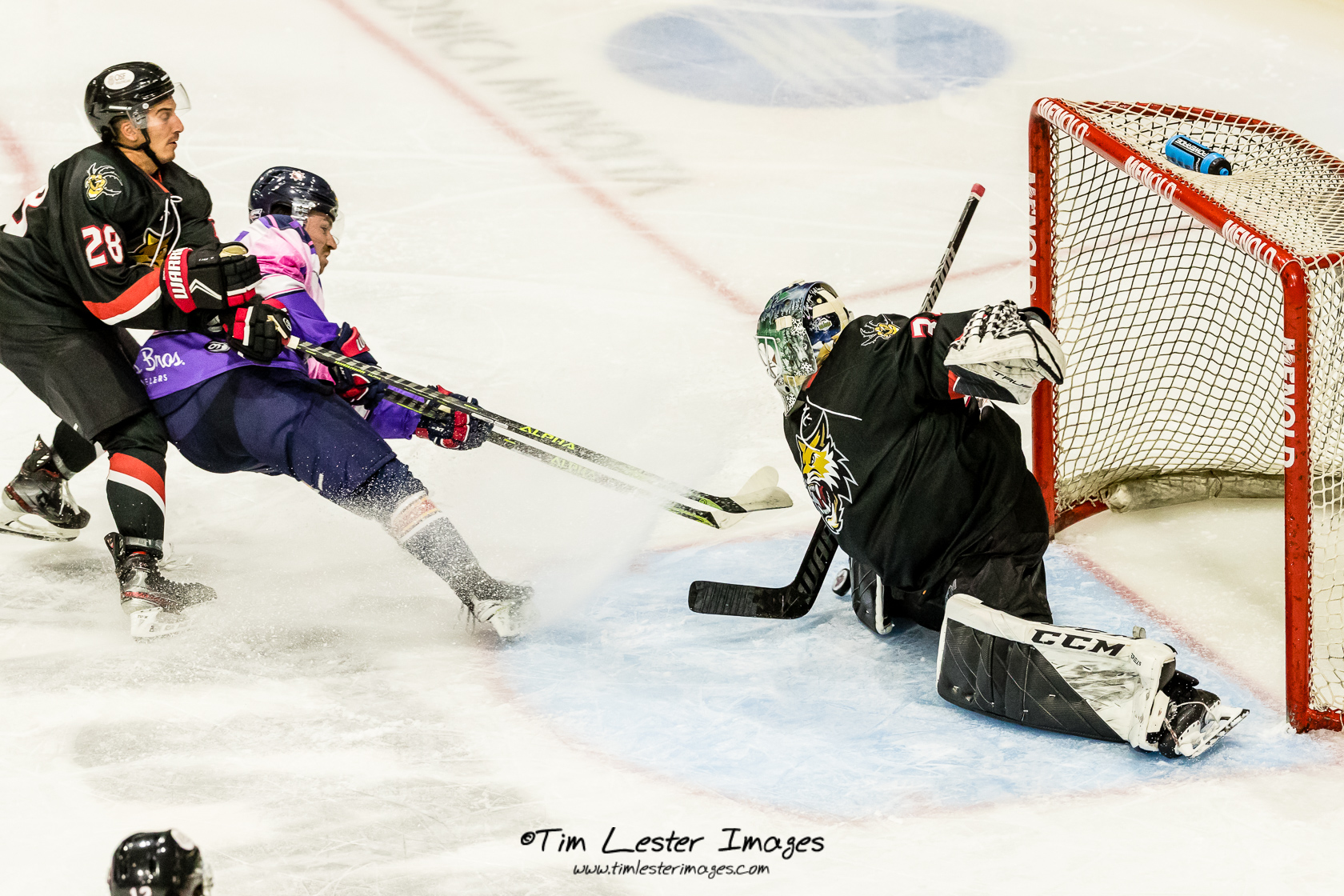 PEORIA, Ill – The Peoria Rivermen welcomed the Vermilion County Bobcats to the Peoria Civic Center on Friday evening to start a home-and-home series with their in-state rivals. The Bobcats arrived in Peoria with a new coach, and if you only looked at the scoresheet from the first period, you would believe they have stepped up their play for T.J. Sarcona to compete with top teams in the league. In the end, the visitors remained in last place of the SPHL standings, and the majority of the 2,210  in attendance were happy to leave after a 4-3 win by the home team during their Stick it to Cancer night.

Most of the first period was spent in the Vermilion County zone or the neutral zone, but at the end of the first period, the Rivermen were down 2-1 and being outshot 10-8. The Bobcats were helped to some degree by aggressive play by Peoria goaltender Josh Boyko and small mistakes allowed the visitors to find the back of the net. Bobcat forward T.J. Sneath was the first to score for either team after an attempted poke-check from Boyko on the attacking Vadim Vasjonkin during a Vermilion County rush. Sneath found the puck on his stick and had a wide-open net since Boyko was outside the goal crease. A little over two minutes later, Peoria tied the score when defenseman Dale Deon scored his first goal of the season after splitting the Bobcat defense and managed to put the puck past Vermilion County goalie Brett Epp on the glove side. With 3:46 left in the first period, Vermilion County forward Gianni Vitali was able to give the visitors the lead once again, making the home crowd a little nervous.

The following two periods were dominated by the Rivermen team, outshooting the Bobcats 31-9 and finding the net three more times. A scary situation developed in the second period when Rivermen forward Tyler Barrow was attacking the Bobcat net and Vermilion County defenseman Peter DiMartino inadvertently pushed Barrow into Epp. The Bobcat goalie remained on the ice until the trainer evaluated him for a concussion; Epp remained in and completed the game for the visiting team. Vermilion County was not throwing in the towel, playing a full 60 minutes for the new boss, this included a powerplay goal by Aaron Ryback for the Bobcats at the 16:01 mark of the third. While the Bobcats were attempting to pull Epp for the extra attacker for the final two minutes, Peoria were strong and did not provide a good opportunity until there was 47 seconds left in the game. Most of the final minute was spent in the neutral zone or in the Vermilion County end of the ice.

Check out this photo gallery from Field Pass Hockey’s Tim Lester for action from the evening.

Tim Lester is Field Pass Hockey’s Peoria Rivermen and Quad City Storm photographer and will be bringing you images from both teams all season long.