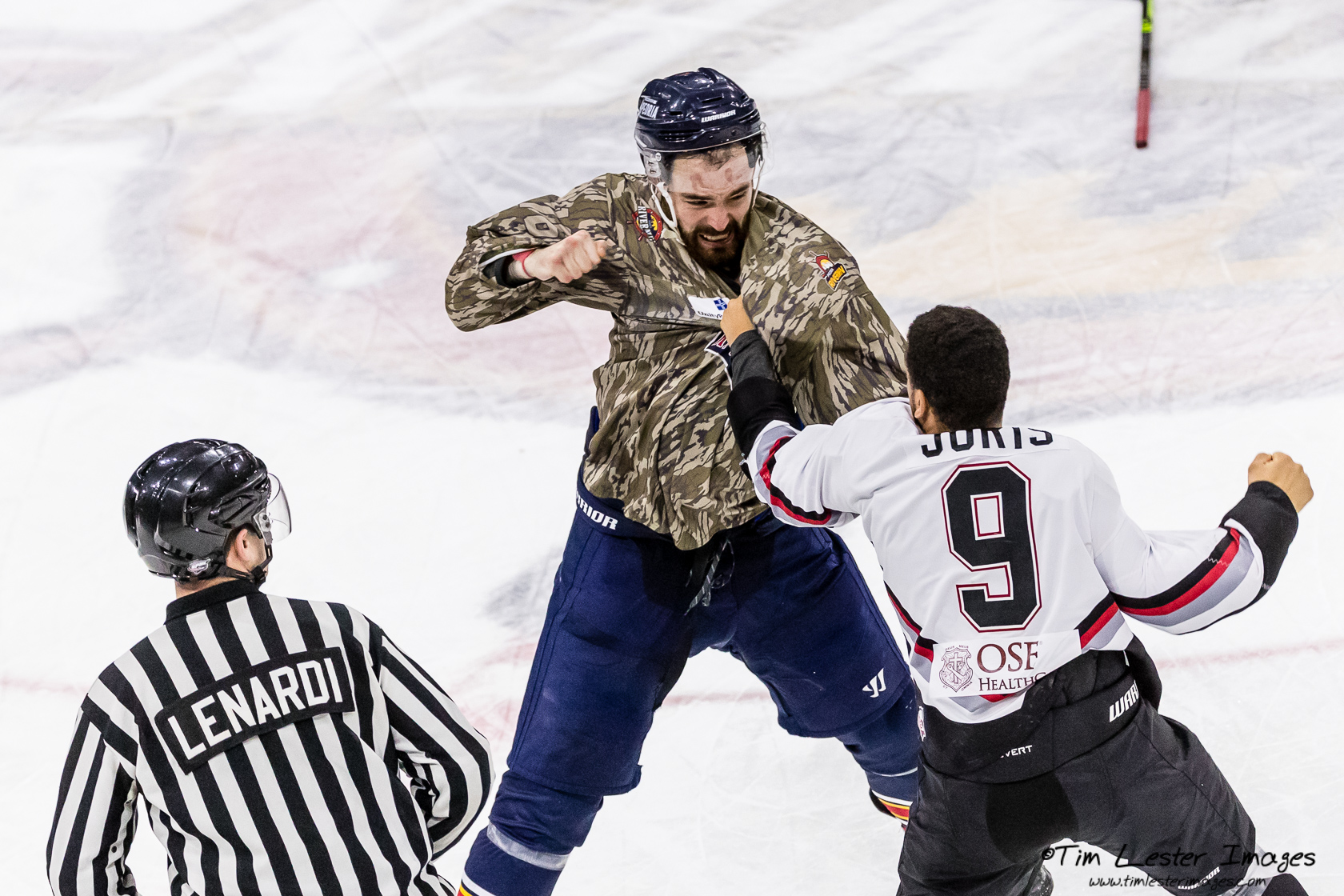 PEORIA, Ill. – The Peoria Rivermen hosted the Vermilion County Bobcats at the Peoria Civic Center for the first time as Southern Professional Hockey League (SPHL) competitors. Their first meeting in November, at the David S. Palmer Arena ended in a shootout with the Bobcats taking their inaugural SPHL win, the Rivermen were looking to prevent another loss to the team at the bottom of the standings.

Rivermen were also looking for a regulation time period win, the previous four weeks they have played nine games with six of them going to overtime or shootout to determine a winner. With multiple delays to the game start time, due to college basketball game earlier in the day and ice prep, the night appeared it would be a long one for both teams. The ice was softer than normal with both teams struggling to find the net, the Rivermen found the back of the net 40 seconds left in the period. A fight at end of first period regulation was sure to spark one of the teams as the Bobcats Ned Simpson and Rivermen’s Cody Dion dropped the gloves.

Peoria wearing special camouflaged jerseys did not start the second period to head coach Jean-Guy Trudel standards, during a timeout he lit a fire under this team that would spark a goal a few minutes later for the home team. In the end, Peoria amassed six goals from six different players with a total of ten players getting on the score sheet. Defenseman Zach Wilkie scored his first professional hockey goal for Peoria, adding to an earlier assist and finishing with a +4 rating. Bobcats forward Houston Wilson ended their scoreless game 6:32 in the third period and ended Rivermen goalie Eric Levine bid for a third shutout this season. Once the final buzzer sound, the Rivermen outshot the Bobcats 45 to 19.