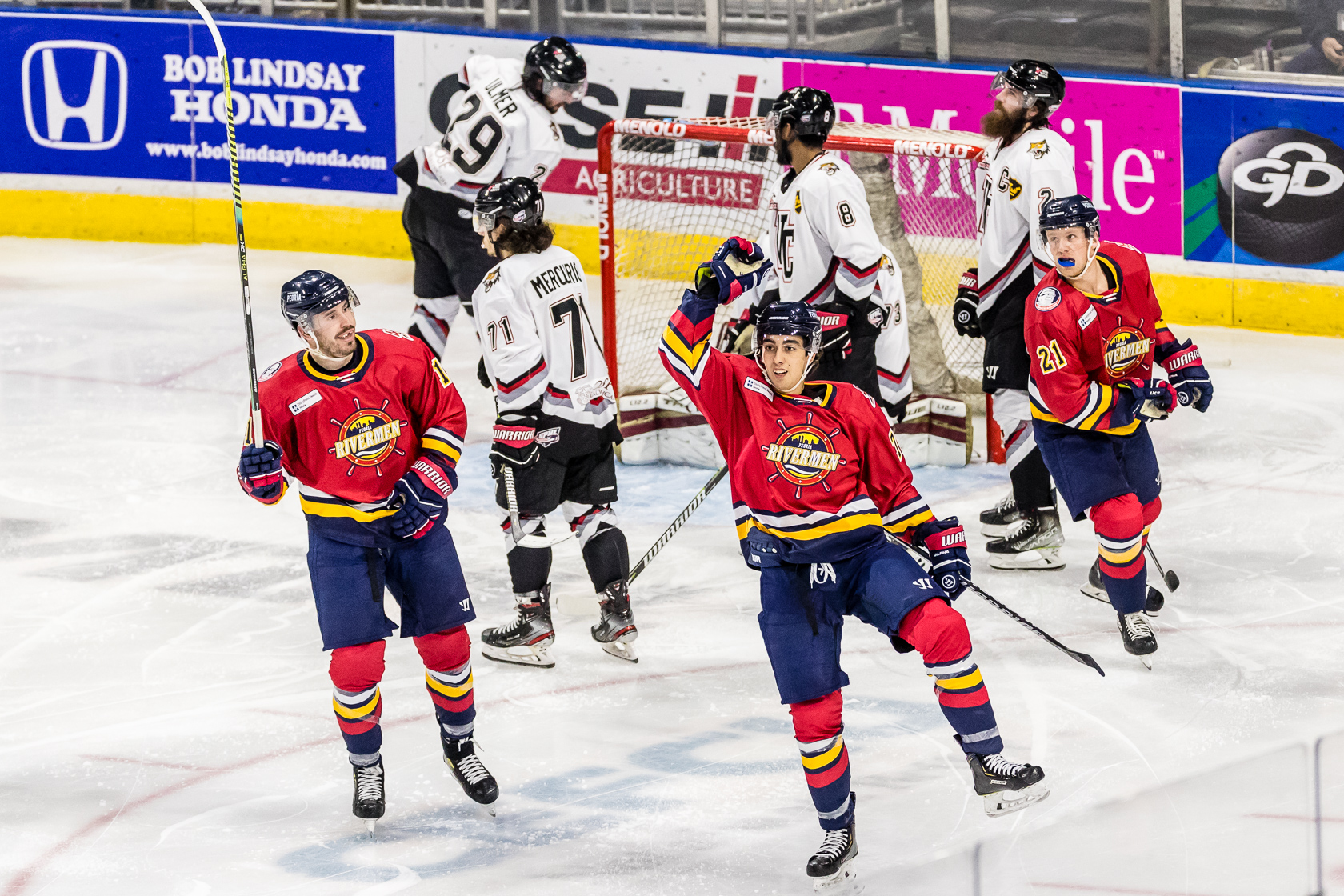 PEORIA, Ill. – The Vermilion County Bobcats returned to the Peoria Civic Center to do battle with the Peoria Rivermen in Southern Professional Hockey League (SPHL) action on Sunday afternoon. Just over a week since their last game; the Bobcats were looking for revenge after their 6-1 loss.

Rivermen were hoping for a quick start from their offense and outshot the Bobcats 18-9 in the first period. Scoring was started by Rivermen forward Mike Laidley with JM Piotrowski adding a second goal for the home team. The second period scoring started early, after a Bobcats penalty 15 seconds into the period, Peoria took advantage of the power play with a goal at the 1:03 mark by Peoria forward Mitchell McPherson, who was also able to add a second tally at the 9:50 mark. The period ended with a fight between Rivermen Captain Alec Hagaman and former Rivermen defenseman Skyler Smutek. The Bobcats outshot the Rivermen 13-8 but Peoria goalie Eric Levine and the Rivermen defense stopped the Vermilion County attempts.

Peoria started the third period with a goal by Mathieu Cloutier 2:07 into the period. The third period became a penalty fest for the home team, with Peoria forward Cody Dion getting a hat trick of calls (holding, interference, and roughing), he actually had five in the game, accruing a total of 10 minutes of penalties – in total Peoria had five penalties in the third period with nine for the game. Rivermen forward JM Piotrowski was able to score shorthanded after getting behind the Bobcats defense on a power play and placed a backhand shot over goalie Corbin Kaczperski‘s right pad. Bobcats forward Houston Wilson once again ended their scoreless game at 5:06 mark in the third period while on the power play and ended Rivermen goalie Eric Levine’s bid for a shutout. Vermilion County was able to outshoot Peoria 39-32 with numerous odd-man rushes in the third period but ultimately lost 6-1.

The Rivermen provided their fans with a holiday present of a post-game skate with the team, always a popular event allowing the players and fans to spend a little time on the ice together. Peoria is scheduled to travel to Evansville for New Year’s Eve and both teams return to Peoria for a three-game series over the New Years’ weekend.