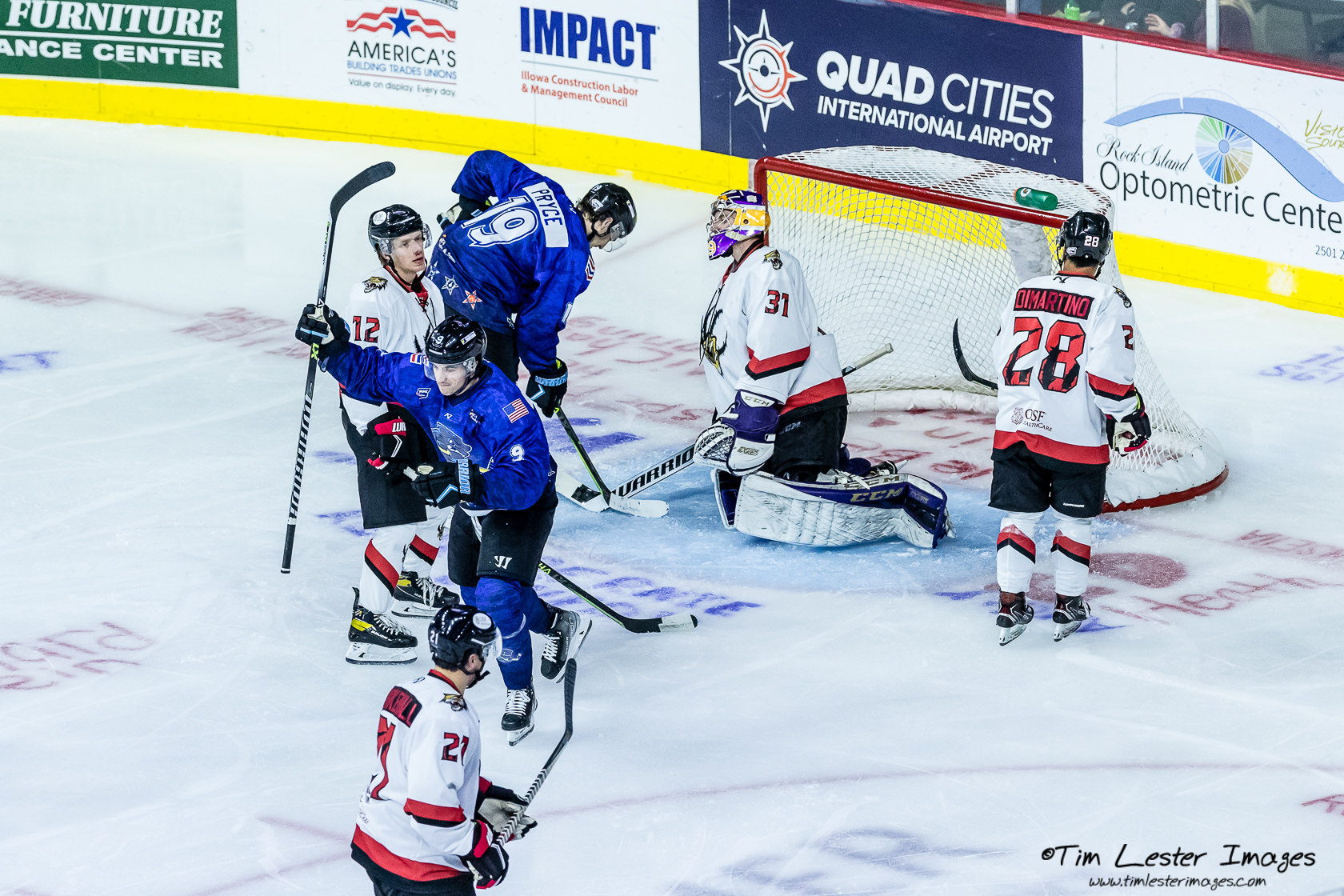 MOLINE, Ill –  The Vermilion County Bobcats were looking to rebound on 11-11-2022 from their previous night’s loss against Quad City Storm at Vibrant Arena. Quad City were celebrating the military, with a Salute to Military evening, a special jersey night plus earlier in the week, the team allowed fans to come in and write names of military family members to be visible under the ice during the weekend games. Early in the first period, the Bobcats appeared to be a team near the bottom of the standings facing the first-place team and ultimately were unable to lead the home team on the scoresheet, taking a 3-1 loss when the final horn sounded.

Emotions from the previous game looked to impact the early play with Bobcats Justin Portillo and Alex Carlson being sent to the penalty box, each with five minute fighting majors, at 1:58 of the first. Interesting to note that the Quad City squad is the highest penalized team while Vermilion County is the least penalized team within the SPHL. The scoring was started by the home team when Carter Shinkaruk was able to net his first goal of the season, with a shot from the point that appeared to actually get deflected from the Vermilion County defense past their goal tender at the 4:37 mark of the first period. The Storm were able to add a couple of more goals in the second period to take a three goal lead into the final frame. With two minutes left in the game, the Bobcats were able to finally get on the scoreboard with Gianni Vitali scoring his first goal of the season. Total shots on goal in the game for the Bobcats was 14, with Quad City having that total in the first period alone; with a game total of 36. Vermilion County lead the Penalty Minutes side of the scoresheet, having 34 minutes in nine infractions with the Storm having 20 minutes from seven infractions.