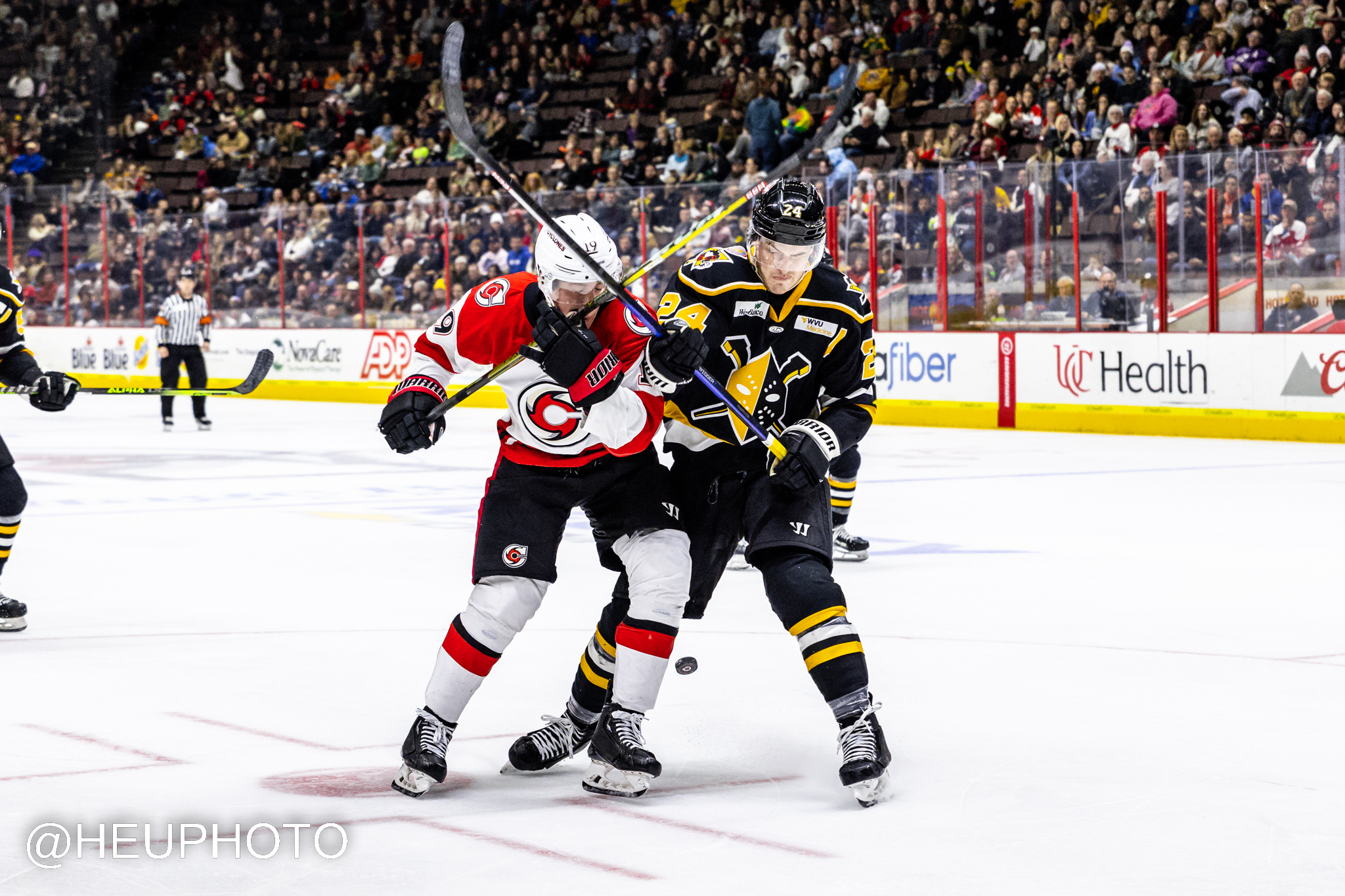 #ECHLPHOTOS | Saturday night, the @CincyCyclones held their Teddy Bear Toss game against the @WheelingNailers.
FPH Photographer Hector Urcia was there and shot this gallery!

Brooklyn Kalmikov opened the scoreboard for the Nailers four minutes into the game. Justin Vaive tied the game by scoring the first goal for the Cyclones sending 11,813 stuffed teddy bears onto the ice by a record attendance crowd of 12,187. Three minutes later, the Nailers took back the lead with a goal by Tyler Drevitch.

At 10:23 of the second period, Louie Caporusso leveled things up for Cincinnati. The Cyclones had 34 shots on goal but could not capitalize on them. Wheeling had 18 shots on goal and with less than nine minutes left in the game, Carter Johnson scored the winning goal for the Nailers.
Cincinnati’s netminder Beck Warm made 15 saves, while his counterpart, Bailey Brkin registered 32.