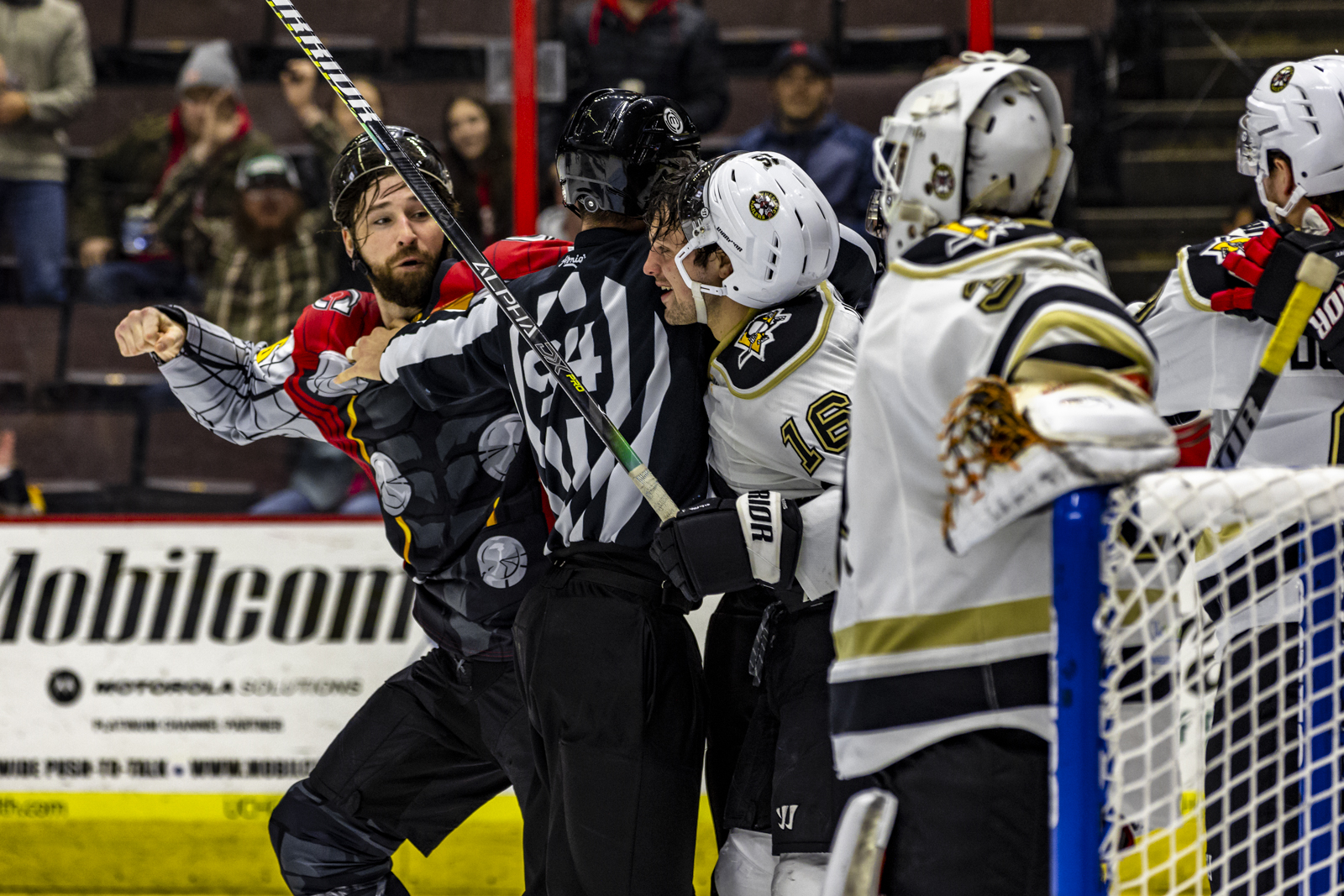 CINCINNATI, Ohio – Lincoln Griffin got a hat trick in Cincinnati’s win over Wheeling Friday night. Griffin scored three times at even strength for the cyclones, providing both the winning goal at 8:48  and the insurance at 17:51 of the second period. It was a hard-fought game with 22 penalties called and two fights between four different players. Jesse Schultz, Wyatt Ege, Louie Caporusso, and Gianluca Esteves also scored for Cincinnati. Sean Bonar stopped the puck 31 times. With the win, the Cyclones snapped their five-game losing skid and will face Indy Fuel for the eighth time this season on Saturday, Jan. 29th.