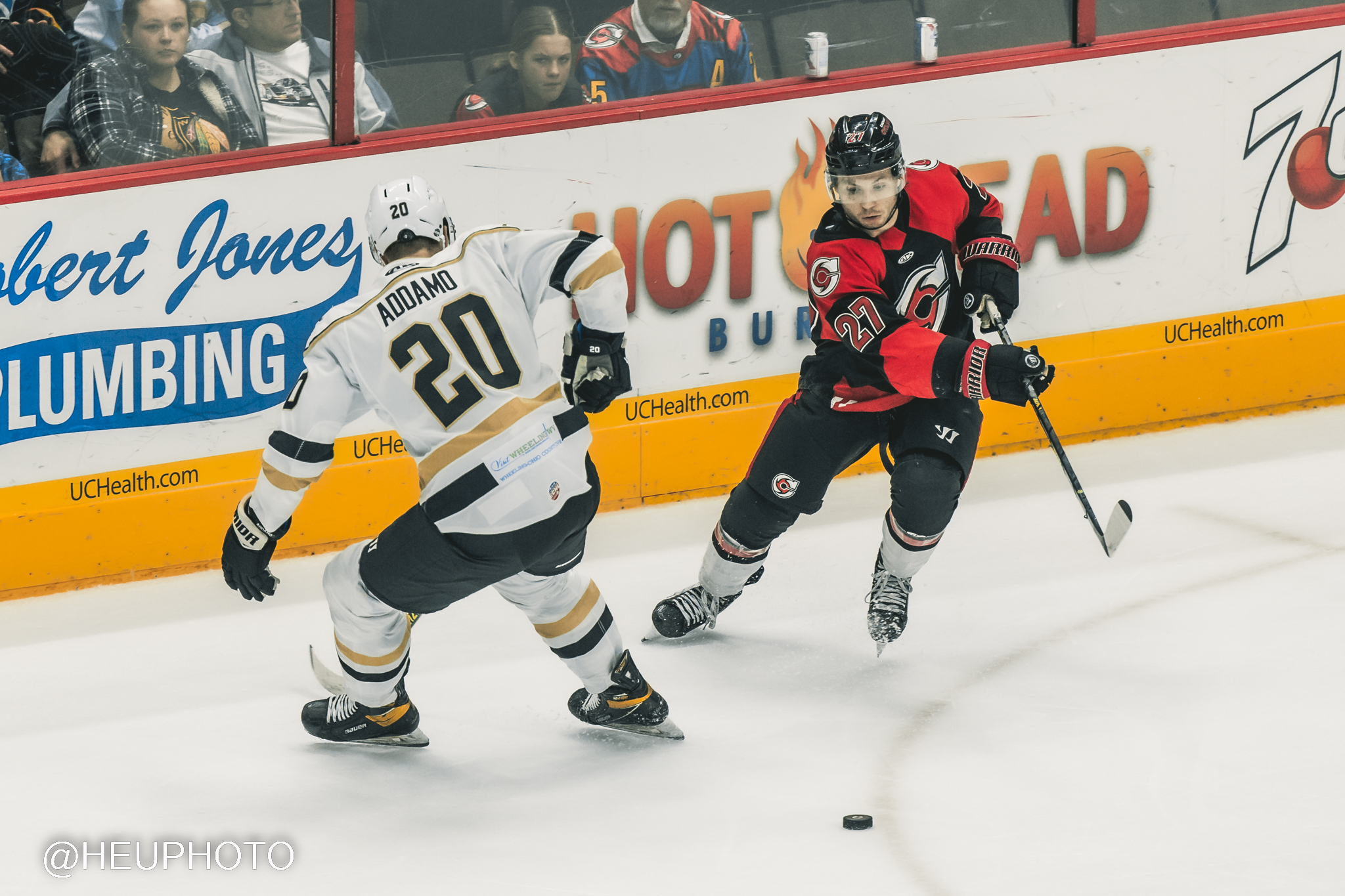 CINCINNATI, Ohio- On Wednesday night, the Cincinnati Cyclones beat the visiting Wheeling Nailers 3-2 in a hard-fought game, with Matt McLeod scoring a Short Handed goal with 4:12 minutes left in the game to give the Cyclones the win.

Cincinnati struck first when Louie Caporusso scored a Power Play goal 13:54 into the first period. Caporusso scored again on a pass from Justin Vaive early in the second, giving Cincinnati a 2-nothing lead. The Nailers fought back and tied the game with goals by Adam Smith and Cédric Desruisseaux before the second intermission. Wheeling had more shots on goal in the final period, but a careless play between Taylor Gauthier and Sean Josling was taken advantage of by Matt McLeod, which allowed him to score the game-winning goal. Beck Warm had 25 saves.