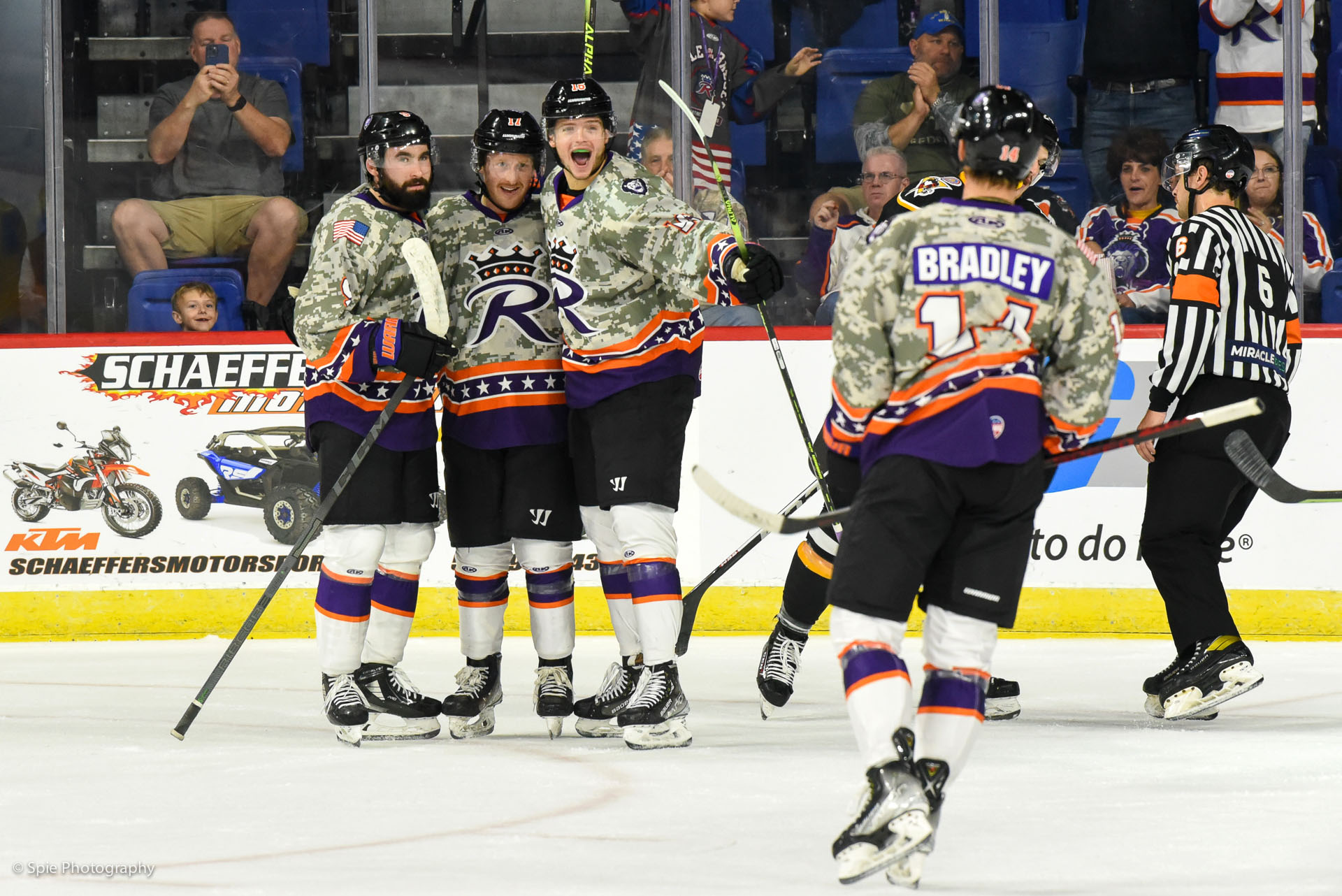 Max Newton opened the scoring with his first of the night a minute and a half into the game to give the Royals the lead. Newton scored his second of the night, this time on the power play, with a minute left in the first. Shane Sellar opened the second period with a power play goal just 34 seconds in to give the Royals a 3-0 lead. The Nailers got back into the game with a power-play goal two minutes into the second. Trey Bradley scored his first of the year to give the Royals a 3-goal lead again midway through the second. The Nailers managed to score once more in the second and once in the third but could not get the tying goal. The win was the first professional win for Royals’ goalie Nolan Maier. The final score was 4-3.

Sarah Pietrowski was there to catch all the action.