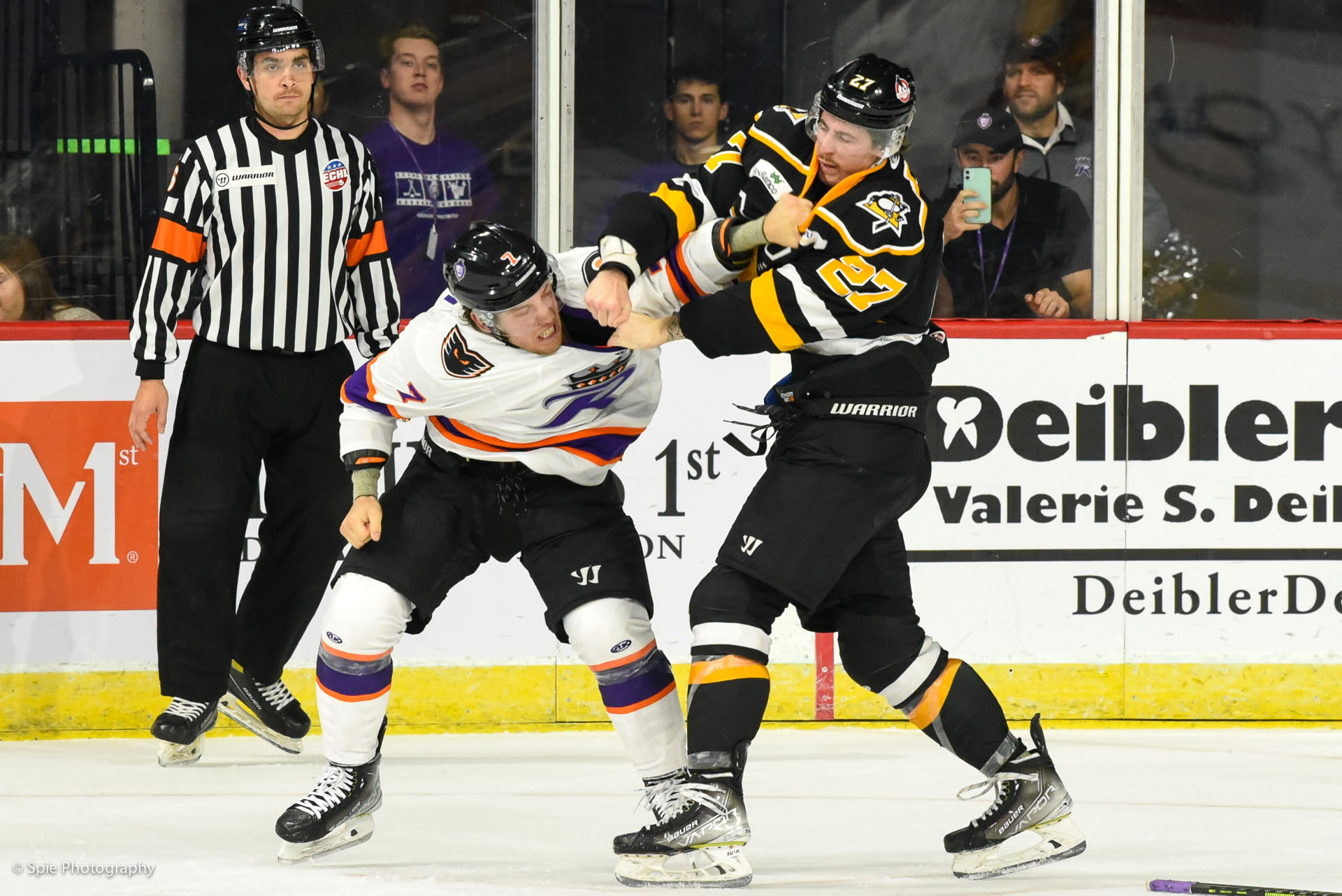 Reading, Pa – The Reading Royals and Wheeling Nailers met for the first time this season on November 4, 2022, at Santander Arena. The game was chippy and picked up right where the rivalry was left last year.

The Nailers opened the scoring early in the first with a goal from Sean Josling. The Royals tied things up 14 minutes into the second on a power play goal from Charlie Gerard. The Nailers retook the lead with 30 seconds left in the second period on a goal from Josh Maniscalco. The Royals pushed in the third but could not find the tying goal. The final score was 2-1 to the visiting Nailers.

Sarah Pietrowski was there to catch all the action.