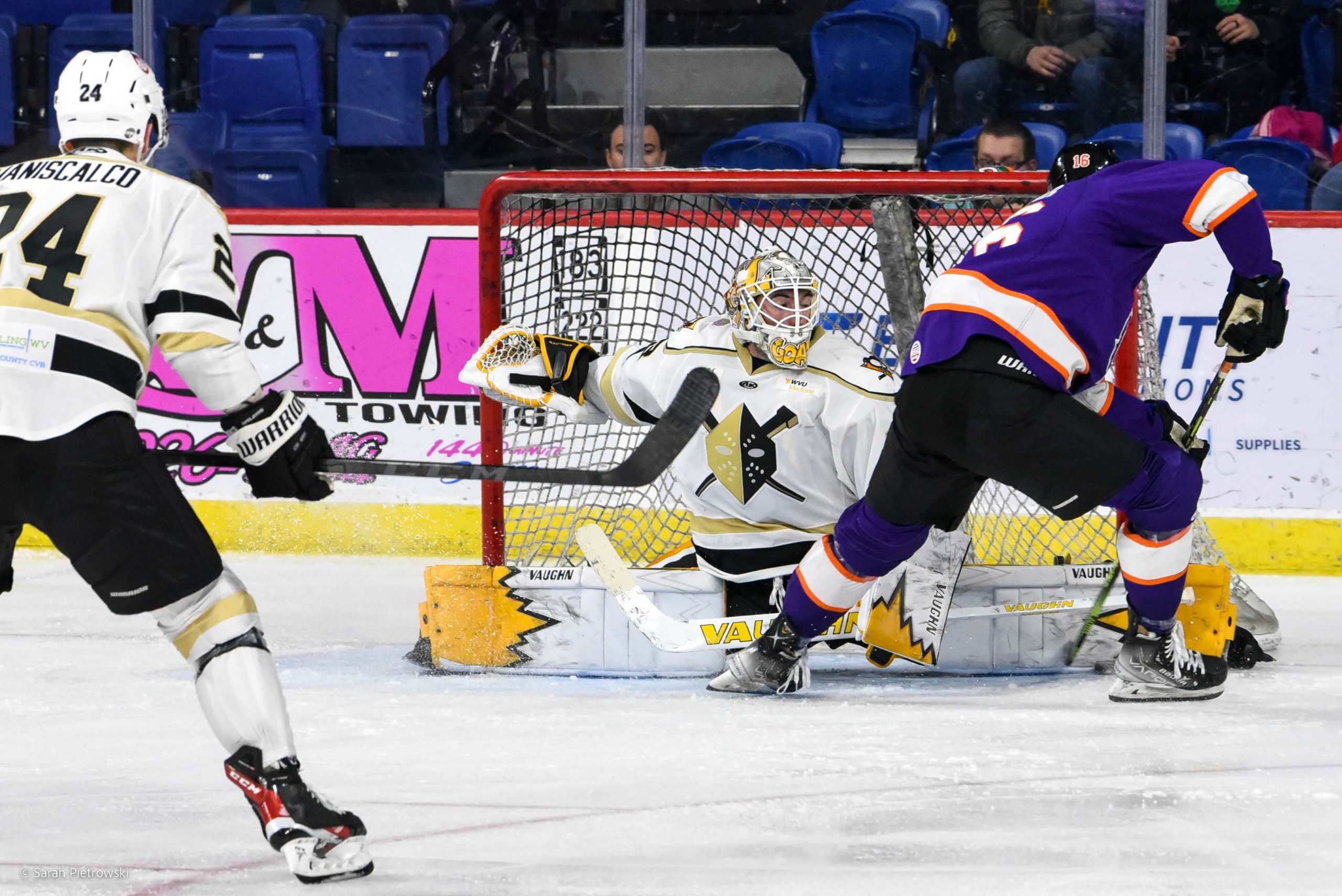 #ECHLPHOTOS | The Reading Royals and Wheeling Nailers faced off Wednesday night at Santander Arena.
FPH Photographer Sarah Pietrowski was there for all the action!

READING, Pa –  The Reading Royals and Wheeling Nailers faced off Wednesday night at the Santander Arena.

It was a low-scoring game that featured a scoreless first period. The Nailers scored the first goal of the game 13 minutes into the second when Cédric Desruisseaux beat Royals netminder Kaden Fulcher. Samuel Tremblay  gave the Nailers a 2-0 lead five minutes later.

A goal by Royals Jacob Gaucher broke Taylor Gauthier’s shutout bid with four minutes left in regulation. The Royals could not get the tying goal in the closing minutes of the game. The final score was 2-1 to the Nailers.