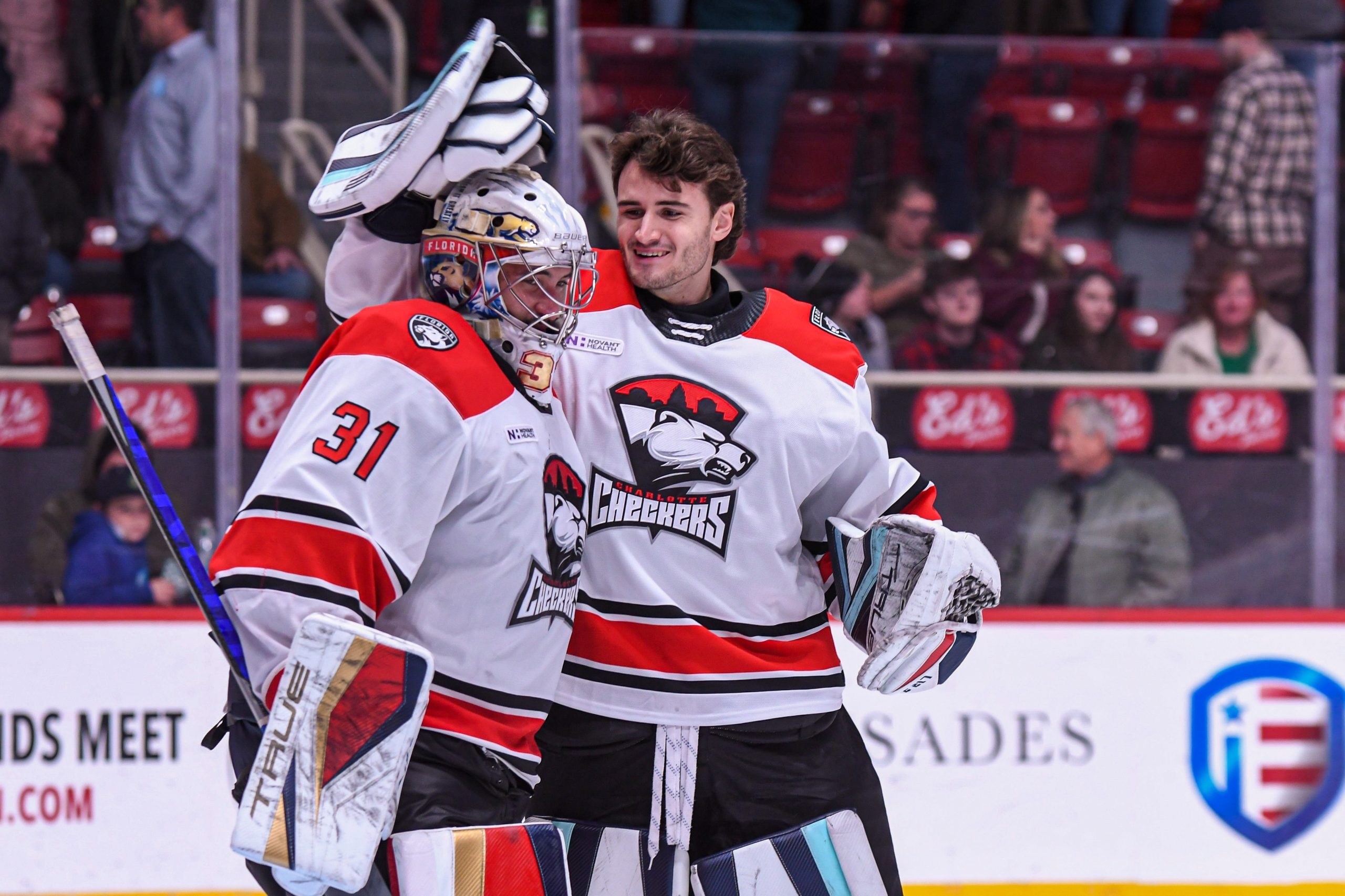 Field Pass Hockey photographer Rebecca DaSilva was there for all the action and snapped this photo gallery!

CHARLOTTE – Both teams came ready to play for this Thanksgiving Eve game. A fast paced first period put the Checkers ahead 2-1. Kasper Björkqvist helped the Penguins even out the score early in the second period, ensuring the rest of the game would be an exciting fight for the win. The game stayed tied until the third period, when the Checkers pulled ahead with goals by Zac Dalpe and Max McCormick. The Penguins were able to get one more in the back of the net before the game ended but it wasn’t enough as the Charlotte Checkers took the win, with a final score of 4-3.

Field Pass Hockey photographer Rebecca DaSilva was there for all the action and snapped this photo gallery!