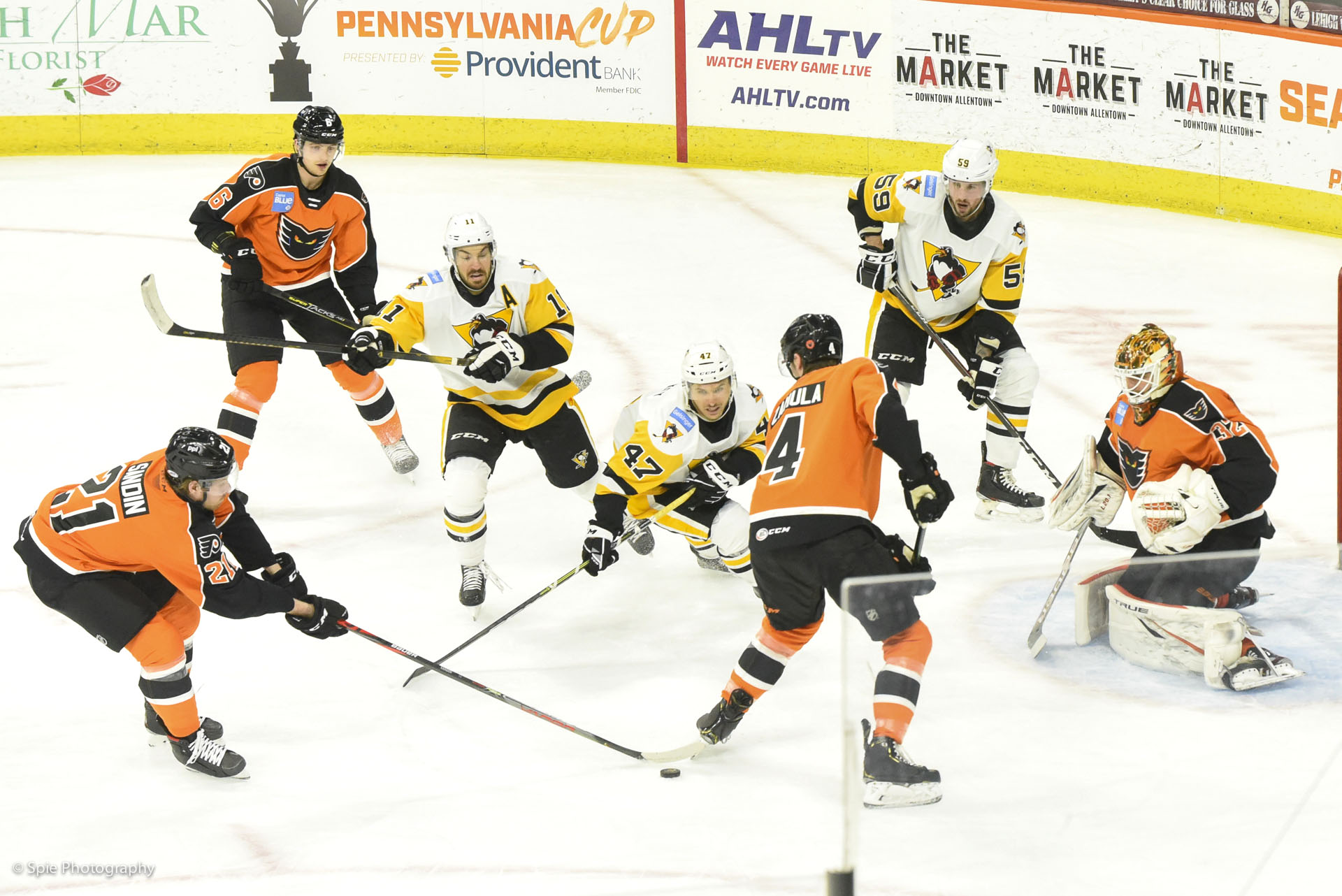 ALLENTOWN, PA – The Lehigh Valley Phantoms and Wilkes-Barre/Scranton Penguins faced off at PPL Center on February 27, 2021 for the second game of their home and home. The game was a close one, each time one team scored the other team scored shortly after. Sixty minutes was not enough for the teams so it went to overtime where the Penguins won the game when Fredrick Gaudreau scored his first as a Penguin. Sarah Pietrowski was there to catch all the action.