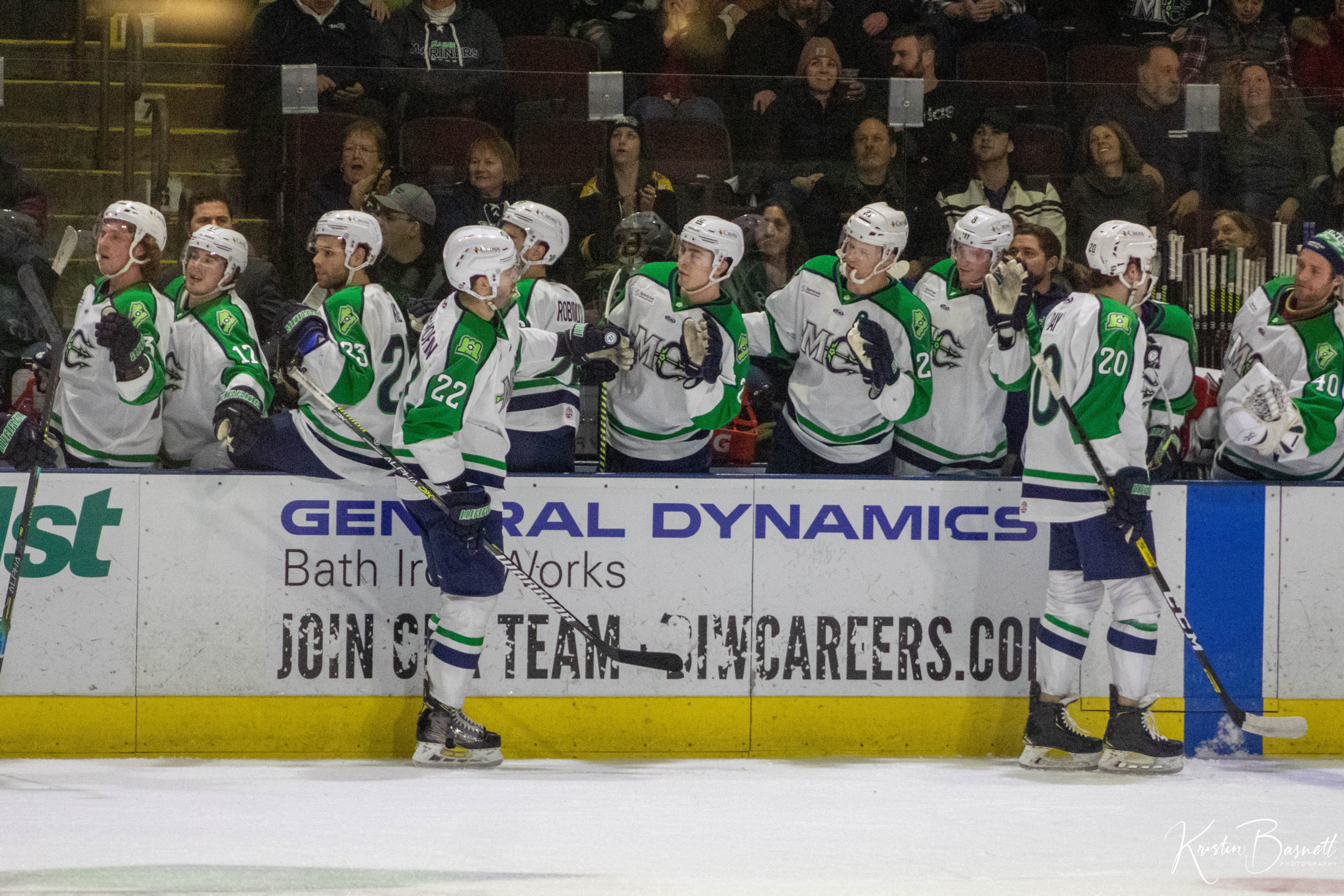 The first game back after the All Star Break was an intense one. The Railers and Mariners met in Portland on Friday, January 24, 2020 (Star Wars Night). Scoring opened up in the first with Ty Ronning  lighting the lamp. That was the first of his hat trick goals to come in that evening. Worcester’s Bo Brauer lit the lamp for the Railers.  However, that was the only time the two teams would remain close in score wise.
Five more goals were added to the Mariners between players: Morgan Adams-Moisan, Lewis Zerter-Gossage, Dillan Fox, Ryan Culkin and Greg Chase.  In the end, the Mariners ran away with an 8-1 win to start out the second half of the season.