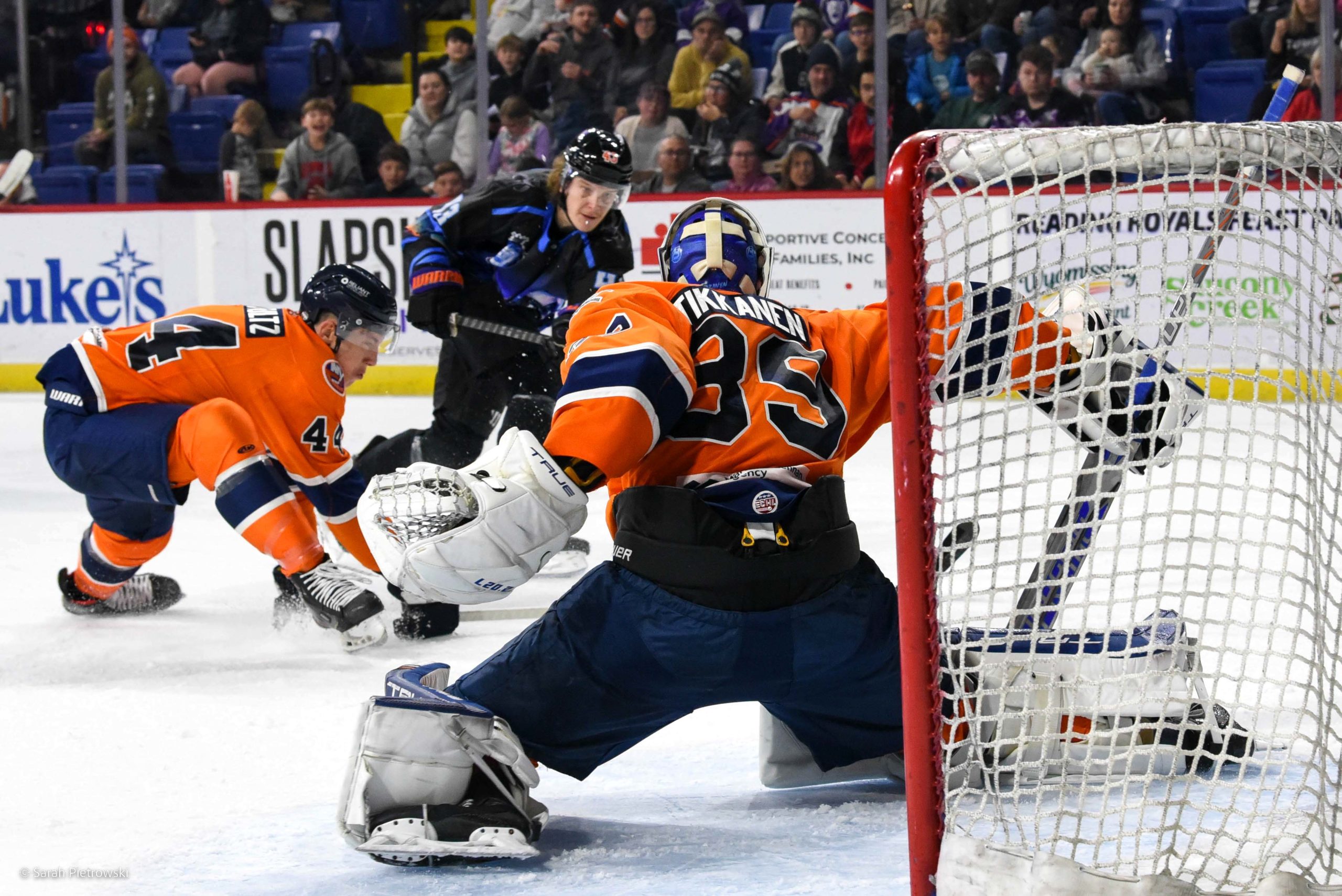 #ECHLPHOTOS | The @ReadingRoyals and @RailersHC faced off Saturday night.
FPH Photographer @Spie_Photo was there for all the action!

READING, PA – The Reading Royals and Worcester Railers faced off Saturday night at Santander Arena. It was a physical battle for second place in the North Division. The Royals took a 2-1 victory.

The first period did not have any scoring but featured strong goaltending on both ends of the ice. Tyler Kirkup opened the scoring with two minutes left in the second period to give the Royals a 1-0 lead. Shane Sellar put the Royals up 2-0 three minutes into the third period. Brent Beaudoin broke Nolan Maier’s shutout bid two minutes later. The Railers pushed to get the tying goal but could not get another past Maier.

Check out this photo gallery from Field Pass Hockey’s Sarah Pietrowski, who was there to catch all the action.