The Worcester Railers and Reading Royals faced off Wednesday night for the second of a back-to-back series. 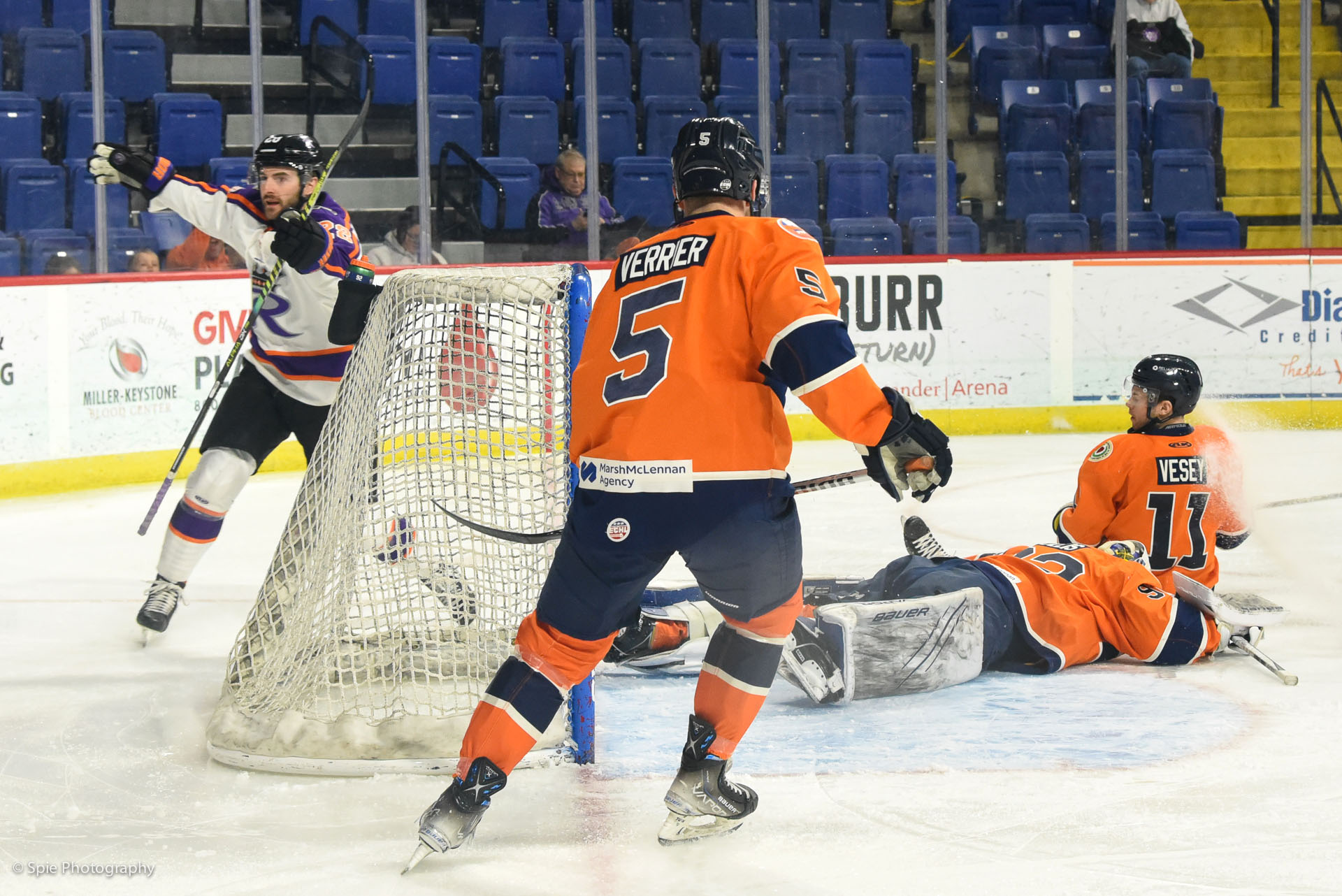 READING, Pa. – The Worcester Railers and Reading Royals faced off Wednesday night for the second of a back-to-back series.

The Railers and Steve Jandric opened the scoring for the second night in a row. The Royals responded 37 seconds later when Frank DiChiara scored a quick goal off the draw. Trevor Gooch and Thomas Ebbing finished the scoring for the first period to give the Royals a 3-1 lead. After a scoreless second period the Railers had a late game push in the third, scoring with 30 seconds left in the game to bring them within one. The Railers were unable to even things up in the remaining seconds and the Royals took the 3-2 victory.

Sarah Pietrowski was there to capture the action.