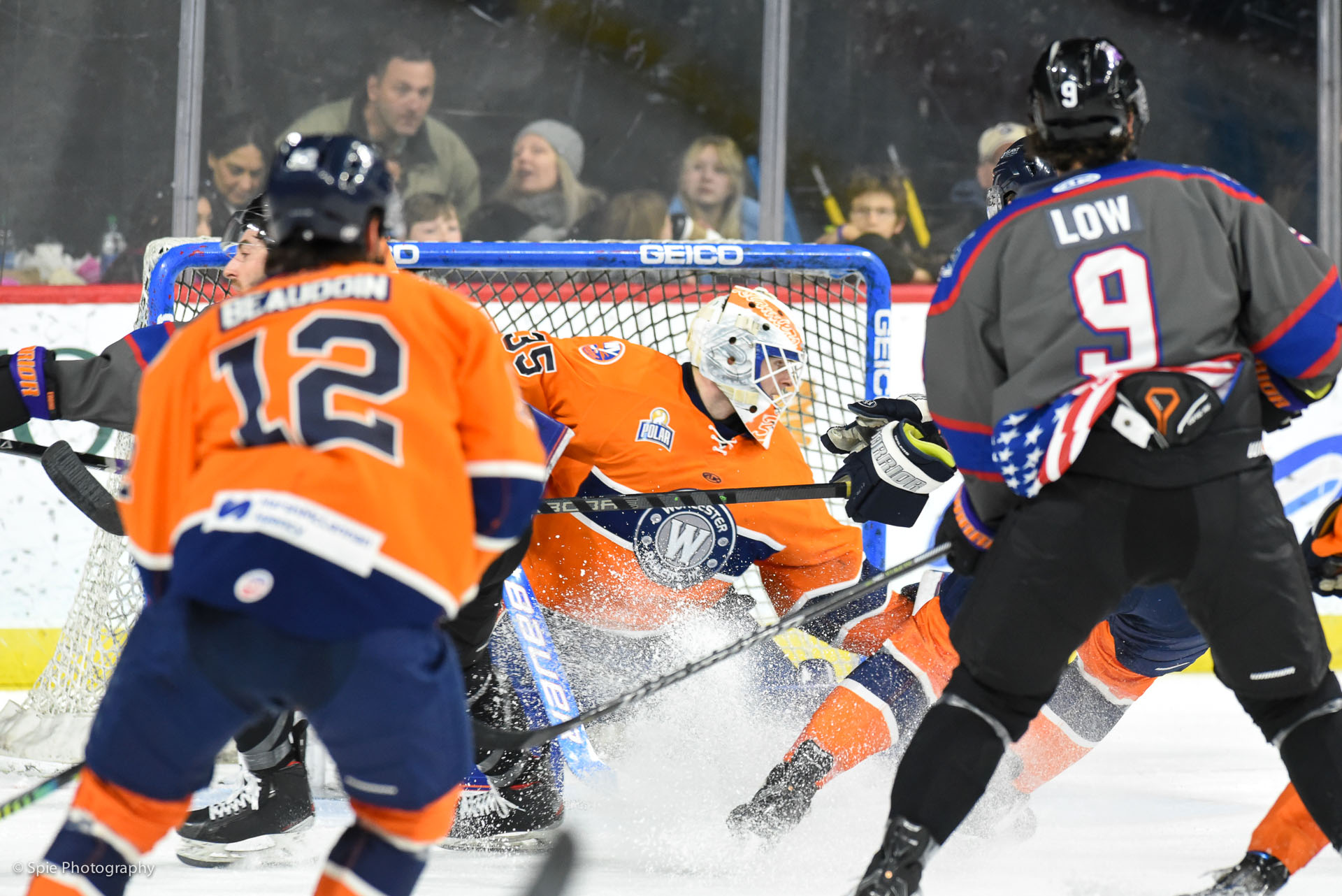 Reading, PA-  The Reading Royals closed out their eight game home stand with a Sunday afternoon match up with the Worcester Railers.

In the last meeting in the regular season for the two teams, Thomas Ebbing opened up the scoring 1:03 into the game for his 27th of the season. The Railers scored their lone goal of the game midway through the first to tie the game. The Royals got the lead back 4:42 into the second on a shorthanded, breakaway goal from Brayden Low. Frank DiChiara scored 10 minutes later to take a 3-1 lead into the second intermission. Ebbing scored his second of the game into the empty net to ice the win for the Royals in the 4-1 victory.