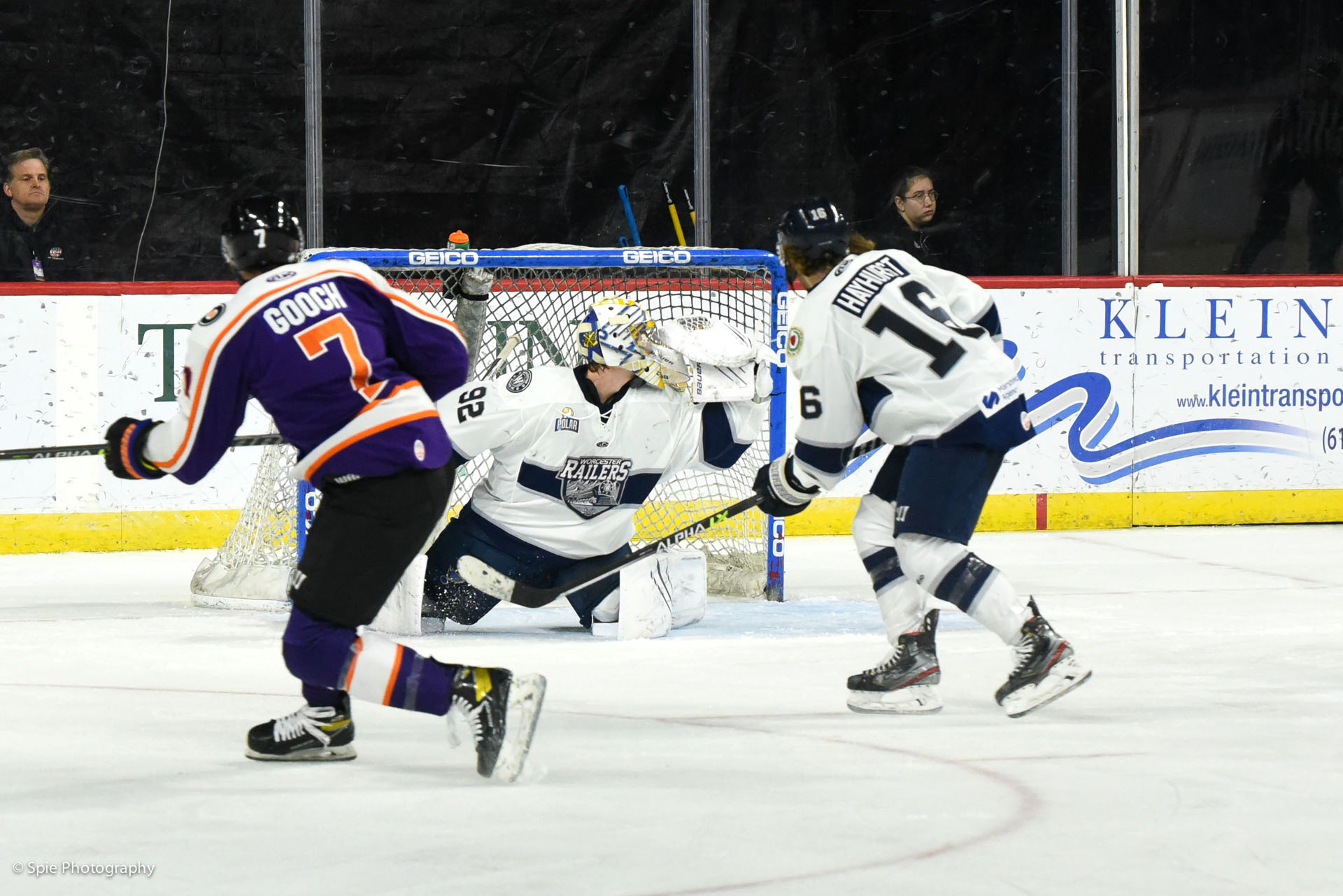 For the third straight game, the Reading Royals faced off against the Worcester Railers on Saturday night at Santander Arena

READING, Pa. –  For the third straight game, the Reading Royals faced off against the Worcester Railers on Saturday night at Santander Arena.

After a scoreless first period, Patrick Bajkov opened the scoring for the Royals two minutes into the second period. Worcester took the lead with a pair of goals from captain Jordan Smotherman two minutes apart in the period. The Railers looked like they were going to win the game, but Garrett Cecere scored the game-tying goal for the Royals with less than three minutes left in regulation.

The game went to overtime where defenseman Trevor Gooch won it for the Royals 16 seconds into OT. The final score was 3-2.

Field Pass Hockey Photographer Sarah Pietrowski was there to capture the action.