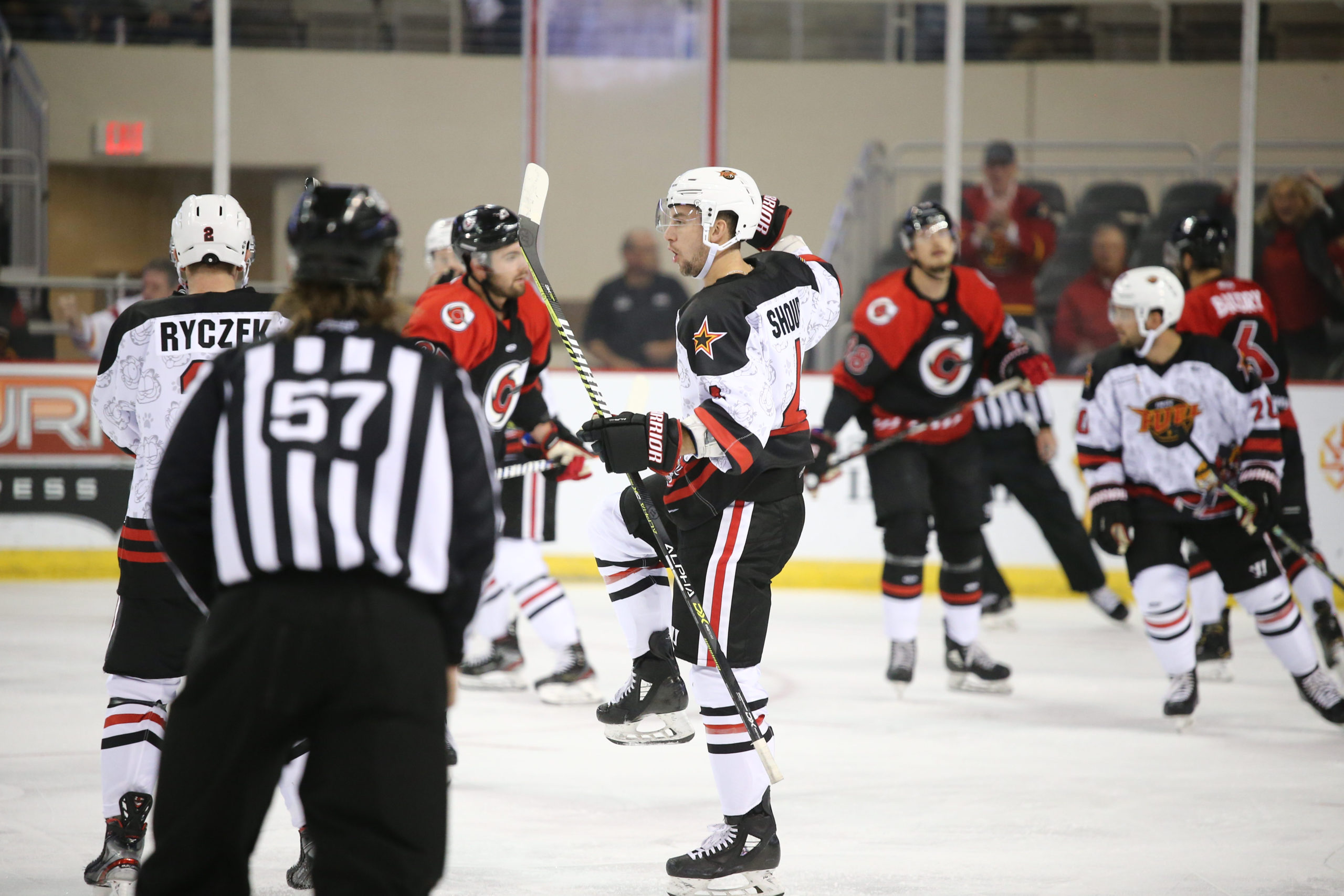 INDIANAPOLIS – The Indy Fuel take on the Cincinnati Cyclones Saturday evening for the third time in nine games after they split opening weekend at Indiana Farmers Coliseum earlier this season.

Indy defeated the Toledo Walleye Friday night 4-2 after a dominant first period that saw the Fuel on top 3-0. Charles Williams got the call in goal for Indy, while Pat Nagle was in net for the Walleye. That was Nagle’s first regulation loss in eight starts so far this season.
Alex Krushelnyski and Spencer Watson continued their red-hot starts to the season with their season-long point streaks. Krushelnyski recorded the first goal of the game just 18 seconds in and added an assist on Watson’s goal that made it 2-0 later that period.
The Fuel, who are not typically a very aggressive team, were baited into physical play against the Walleye. Keoni Texeira engaged in his first fight of the season against Toledo captain TJ Hensick. Indy just signed defenseman Jake Schultz to a contract and added him to the active roster earlier this week but did not dress against Toledo on Friday.

ON THE FLIP SIDE…

The Cincinnati Cyclones were shut out on Friday at home by the Brampton Beast 3-0, despite out-shooting the Beast 23-19 overall and 9-2 in the final period. The Cyclones had goaltender Sean Romeo in goal and usual starter Michael Houser did not dress. Braeden Ostepchuk dressed as Romeo’s backup.
The two shots that Brampton had in the third period found their way past Romeo. Brampton scored their two goals in the third period just 1:33 and 2:11 in. Cincinnati was unable to solve Beast goaltender Joey Daccord, despite being led by Pascal Aquin’s four shots on goal. Shaw Boomhower also received two minutes for roughing and a ten minute misconduct 13:21 into the third period.

The Fuel’s power play had trouble getting started against Toledo, going 0-for-5, including failing to convert on a five-minute power play. However, they killed off both Toledo power plays. The Walleye currently have the league’s best power play at a 30.2% conversion rate. The Cyclones sit at 24th out of 26 teams on the penalty kill, with a 75% conversion rate.
The Fuel have yet to allow a power play goal at home, going a perfect 6-for-6 in three home games during man-down situations. The Cyclones power play has been lacking this year, currently sitting at last place in the ECHL with a mere 5.6% conversion rate.
Be sure to follow along tonight (and future home games) for live coverage of the Indy Fuel on Twitter by Evan!