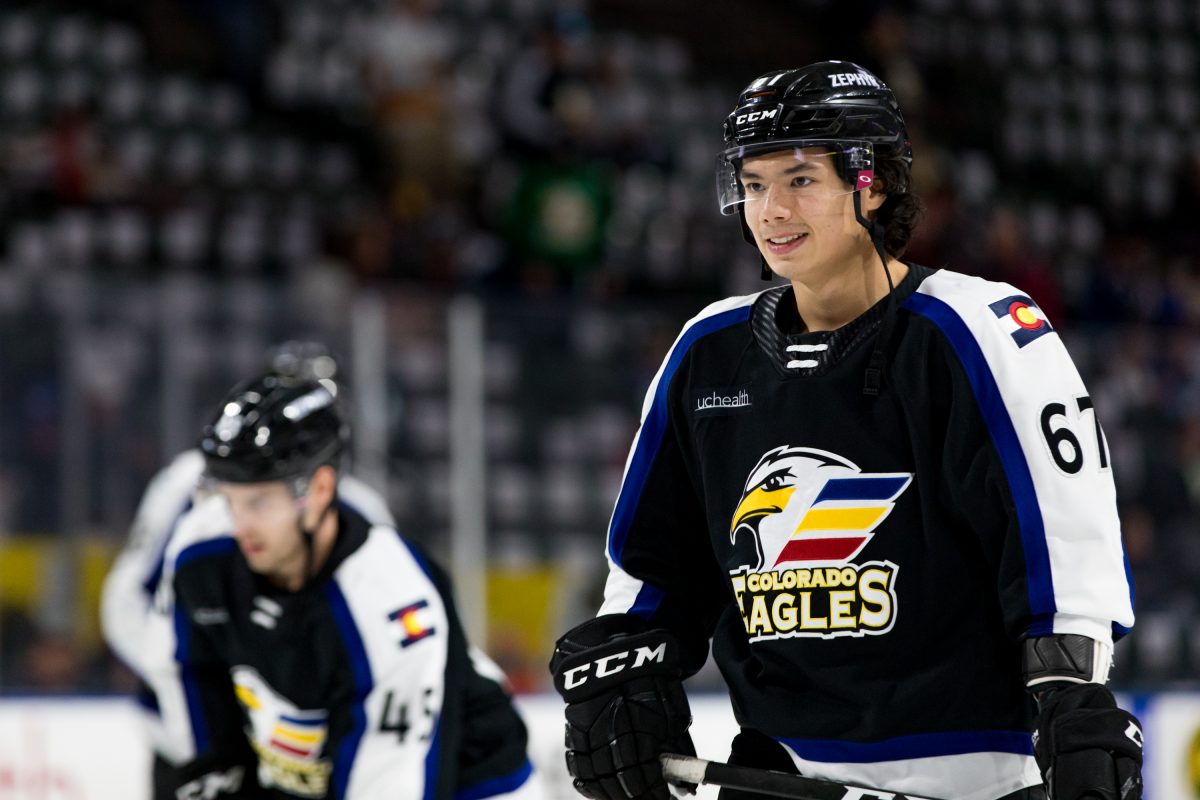 DENVER – Just over a month away from the Calder Cup Playoffs, stringing together wins down the stretch is crucial regarding both momentum building and postseason positioning.

DENVER – Just over a month away from the Calder Cup Playoffs, stringing together wins down the stretch is crucial regarding both momentum building and postseason positioning.
In the case of the crowded Pacific Division playoff picture, the Colorado Eagles are making sure to secure a bid through sheer will and continued victories.
Battling a round of call-ups to the Colorado Avalanche (and therefore having to pull from the Utah Grizzlies), the Eagles lost only three times in February, going 7-3-0 in the process. The momentum has continued into March, with Colorado earning wins over league-leading Milwaukee and Pacific playoff hopeful Ontario.
The Eagles 4-1 win over the Reign on Friday night sets the stage for a potential weekend sweep for Colorado on Saturday night (7:05pm MST).

Power forward Bokondji Imama currently sits third in the league with 122 penalty minutes. Netminder Cal Petersen, although up with the Los Angeles Kings since February 6, is third in the AHL regarding saves (1,146).

Colorado is starting to shake off the home-game habit they’ve had of winning on Fridays but losing on Saturdays. After starting the season 2-5-1 in Saturday home games, the Eagles have gone 1-1-0 in their last two Saturday matchups at the Budweiser Events Center (a win versus San Jose on Feb. 8 and a loss against Milwaukee on Feb. 29).
Follow C.C. on Twitter for live, in-game coverage and various news & notes on the Colorado Eagles! Don’t forget to also follow The Sin Bin on Twitter and Facebook for all additional AHL, ECHL, and SPHL minor league hockey news and insights!