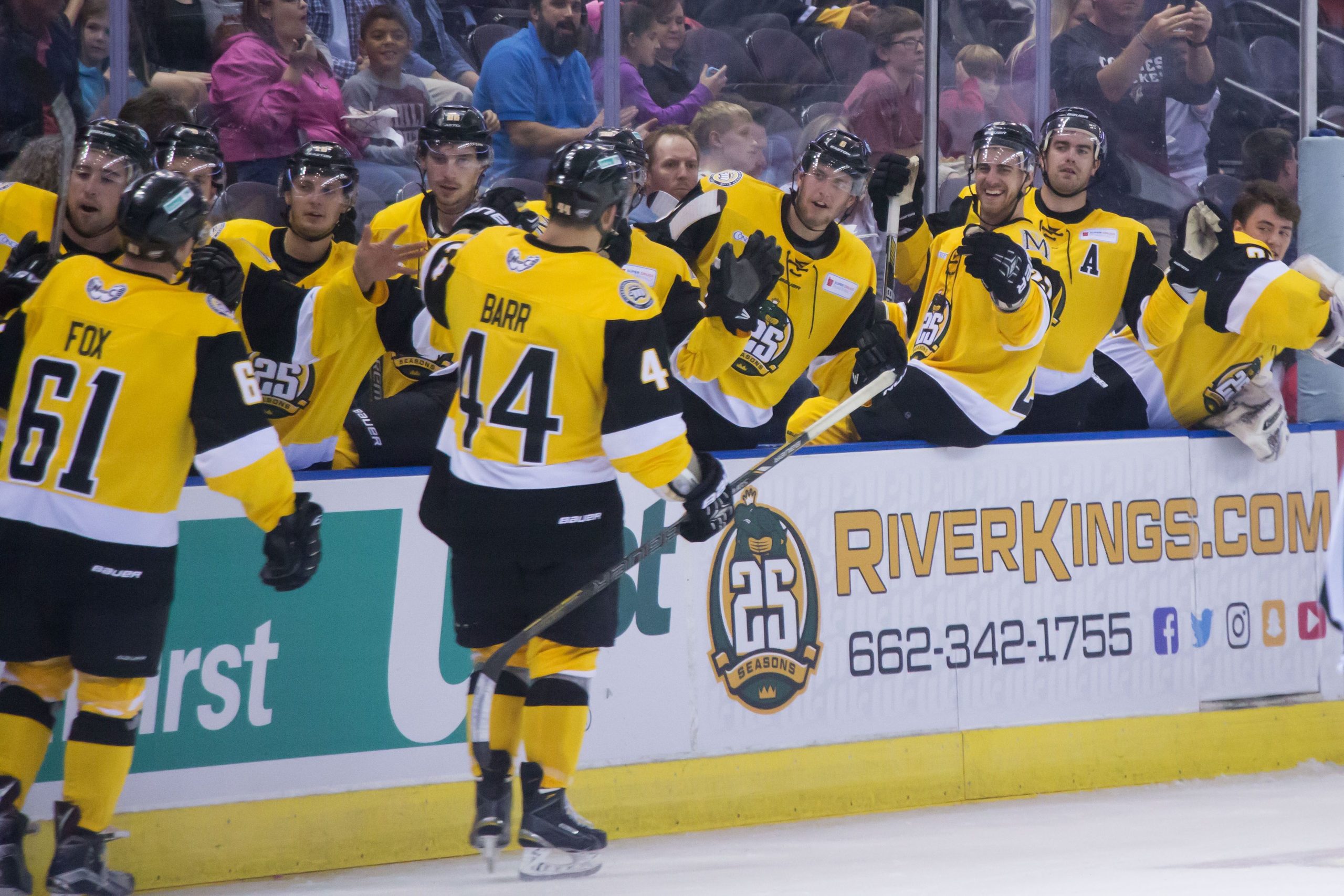 I had resigned myself to life without hockey here in the Mid-South. The Mississippi RiverKings had come and gone, and I’d become okay with that.

MEMPHIS, Tenn. – I had resigned myself to life without hockey here in the Mid-South. The Mississippi RiverKings had come and gone, and I’d become okay with that. A new rumor surfaced every few months of their return, but I’ve never allowed myself even a glimmer of hope. “I’ll believe something when I see an official statement…” I’d always say when asked about the latest rumor.
This past Monday, a friend invited me to like a page on Facebook called “Pro Hockey Returns to Memphis”. Feeling skeptical (but ready to be entertained at the latest rumor or fan petition), I accepted and went to see what it was all about. The first thing I noticed were my photos. The familiar feeling of pride and sorrow washed over me as I clicked on the “About” section. My eyes narrowed as I read down the page. I was feeling skeptical, but somehow clinging to a tiny sliver of hope I didn’t know I was still hanging onto.
I messaged the page, hoping for clarification. I wasn’t disappointed as a reply came quickly and thoroughly.
Andreas Johansson, a real estate developer and investor living in Palm Beach, has been talking for a couple of years with some of the athletes and celebrities he works with about owning a minor league hockey team. In the last 18 months, the talk has turned into plans, and those plans may find a home in Southaven, former home of the RiverKings.
The RiverKings won’t be returning, though. This will be a brand new team, most likely in a different league altogether. The success of new FPHL teams, combined with the low cost of running a team in the Fed compared to other leagues, makes it clear it’s the best choice for the market. Johansson has been looking at arenas in several places around the country, and after months of talks with the Lander’s Center, he feels he’s moving in the right direction bringing hockey back to the Memphis area. With the addition of FPHL teams in Carolina and Elmira raising the standard of hockey in the league (as well as the new team in Columbus), he feels confident an FPHL team can thrive where an SPHL team couldn’t.

“Our goal is to create something that the community can really get behind and support,” said Johansson. “after studying the RiverKings history, as well as speaking to people from the former organization, as well as fans, we know that there is a demand for hockey back at the Landers Center. we want to take this time to really understand what people want, and how we can provide the best value for money entertainment in the area.”

Fans on social media are throwing some pretty mixed feedback out there about the idea of an FPHL team coming in. Most are still holding out hope for the return of the RiverKings, or at the very least a new SPHL team. Others seem to think the only acceptable option would be to have an ECHL or AHL team here in Southaven. Still others just want hockey back, regardless of the league.
The Landers Center was built for hockey. When the Memphis RiverKings left the Mid-South Coliseum in 2000 for the new arena just 17 miles south, they were still part of the now defunct CHL. Seven years later, they dropped the “Memphis” from their name and became the Mississippi RiverKings. Four years later, they left the CHL to join the SPHL. Attendance dropped with every major change, and in 2018, they ceased operations.
There’s a lot of history, memories, and personal opinions tied in to the Memphis area’s relationship with pro hockey. Fans gave up when the team left Memphis for Southaven, and others weathered the move but dropped the team when the team dropped the “Memphis” from their name. Still others remained faithful through 26 seasons of ups and downs, moves, league changes, and diminishing attendance.
The only thing left to decide is if fans want hockey back in the Mid-South enough to make it worthwhile for all parties involved. And if they do, will those fans get behind a team in a league other than the Southern Professional or higher? With the growth of the Fed in the south, I have every reason to believe it can happen. Yes, travel will require careful scheduling and planning and some looong road trips. Yes, it’s a league down and possibly not what fans here have come to expect. But it’s hockey.
Johansson has explored the country to find the best place for a team, and he’s chosen Memphis. It will be located in Southaven, but the name will be Memphis, reflecting his desire to eliminate the Memphis vs. Mississippi rift that occurred when the RiverKings changed names. He wants to reach the community and make it our team. He wants to make it accessible and fun for everyone with a love of the game — not just in Southaven or DeSoto County, but the greater Memphis area. His goal is to bring in large corporate sponsors and small local businesses alike in the hopes of making the team financially stable and viable long term.
An official announcement is expected later this year or early 2020.