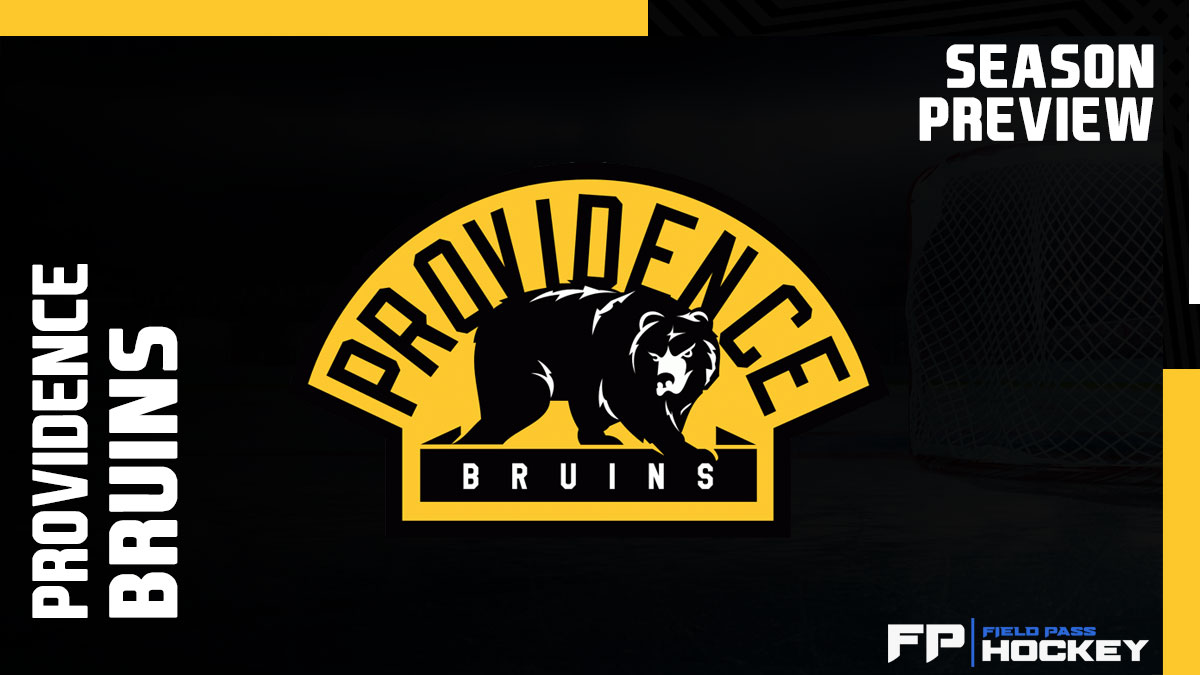 PROVIDENCE, RI— The Providence Bruins will look to defend the Atlantic Division title in 2021-22 with much more in front of them than just two regular opponents.

The P-Bruins had an overall excellent year in the abbreviated 2020-21 season, finishing 15–6–2, but this was done while only playing two teams regularly. The Atlantic Division only had three teams in 2020-21, and while Providence did get an opportunity to play the Utica Comets once, it’s tough to judge just how good the team was.

This year will be a test in more ways than one. The team is without head coach Jay Leach, who left to take an assistant coach job with the Seattle Kraken, and will not have goaltenders Jeremy Swayman and Dan Vladar as a dominant force in net. Swayman is with the Boston Bruins now after being called up late last year and Vladar was traded away and is hoping for a fresh start with the Calgary Flames organization.

Captain: As of the publishing of this preview, Providence has not named a captain. Forwards Zachary Senyshyn and Cameron Hughes are expected to be alternate captains.

2020-21 Season Summary: The Bruins were clearly the top team in the Atlantic Division in 2020-21 and will look forward to more of a challenge in the upcoming year. The team was led offensively by Hughes, Senyshyn, forward Robert Lantosi, forward Jakub Lauko, and backstopped by Swayman and Vladar. Hughes and Lauko were the top two-point scorers, respectively, while Lantosi led the team with goals. Providence won every season series in 2020-21, holding a 6–5–1 record over the Hartford Wolf Pack, an 8–2–2 record over the Bridgeport Sound Tigers, and finally a 1–0 record versus the Utica Comets.

Forward Jack Studnicka stole the show during Boston’s training camp but will be starting the campaign off in Providence. He should be a prime candidate to dominate early before he is eventually called up again. Forward Chris Wagner is a National Hockey League veteran who will be at the very least starting in the American Hockey League. It will be interesting to see if he takes a more offensive role at the lower level. Lauko should have a breakout season as he was one of the top players in every game he played last year. The continued chemistry development between Lauko and Hughes is intriguing, to say the least.

Forward Paul Carey captained the P-Bruins in 2019-20 and 2020-21 but decided to head to Europe and signed with Djurgårdens IF of the Swedish Hockey League. Vladar, as mentioned earlier, is now with the Calgary Flames organization, and Lantosi also bailed for the SHL and is currently playing for Linköping HC.

Forwards Justin Brazeau, Steven Fogarty, Jesper Froden, and defensemen Jack Dougherty, Tyler Lewington, and Aaron Ness are all new additions who should see time for the P-Bruins. Froden is especially interesting, as he was the 2019-20 SHL Rookie of the Year.

What to Watch For

It will be interesting to see how the Bruins respond to playing a normal schedule again after playing only two teams for an entire year. The team will also have a new coach, an overall new identity, and are truly a wild card entering the year.

Jack Murray covers the Providence Bruins for The Sin Bin. Follow and interact with him on Twitter @SinBinAHLBruins.