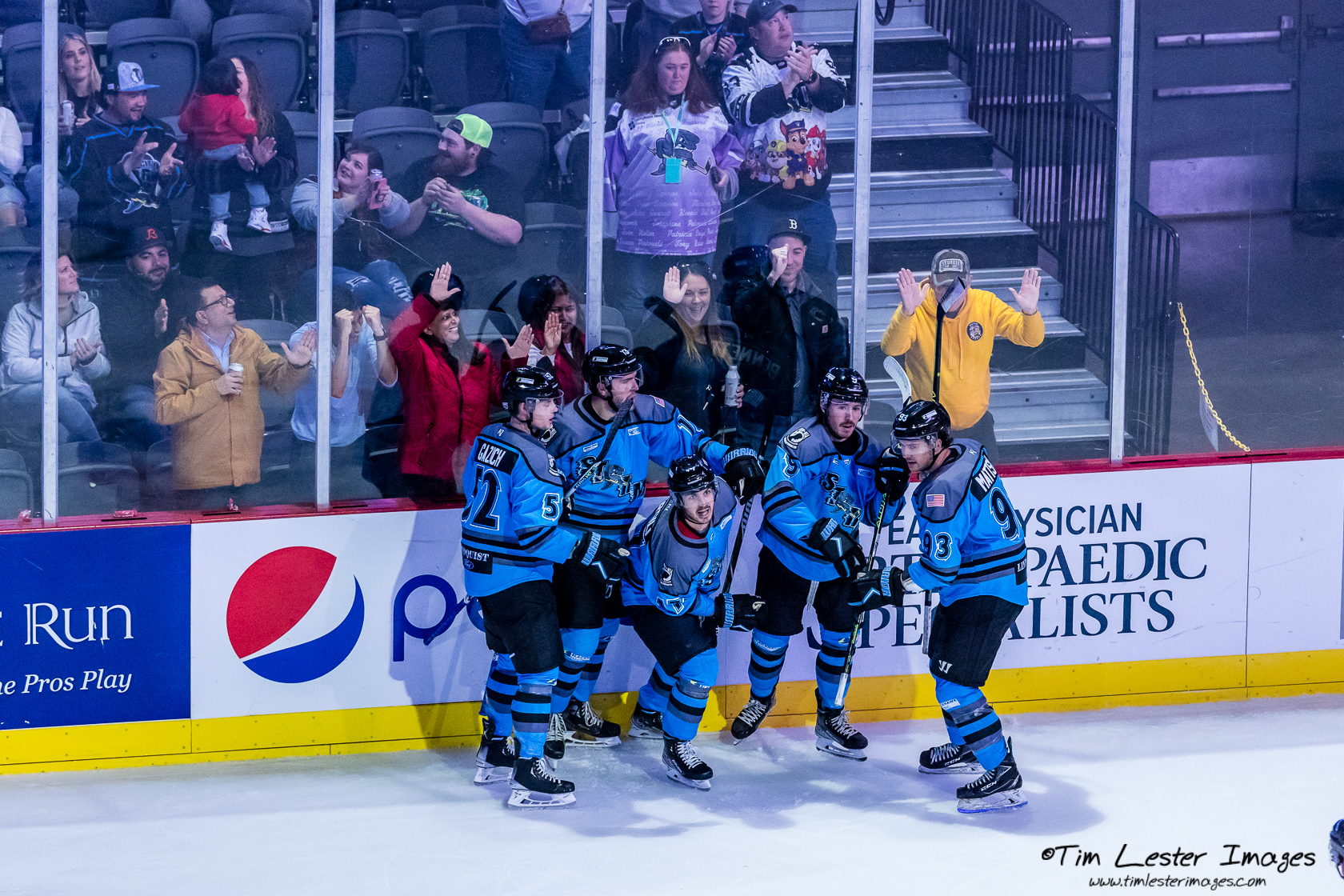 The Quad City Storm bounced back on Saturday night to split the weekend with the visiting Peoria Rivermen, winning 2-1

MOLINE, Ill. – The Quad City Storm bounced back on Saturday night to split the weekend with the visiting Peoria Rivermen, winning 2-1. The Storm continues to stay in first place after gaining two points, moving to 5-2-0-0, with the Evansville Thunderbolts just one point behind in second place.

The first period was scoreless, but it was full of physicality. While no gloves were dropped and no five-minute majors were doled out, the Storm and Rivermen made sure to make their presence known with hard hits and body checks through the first twenty minutes. The star of the first period, and second star by the end of the night, was Kevin Resop, who made 40 saves on the night, including 22 in the first period alone. 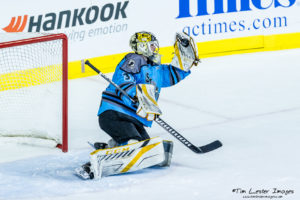 “We started off again kind of slow, let them dictate the play to us,” said Storm assistant coach Drew Otten. “Came in [to the locker room] after the first, you know, the boys were down in that. We just told them that we gotta start playing our game, moving our feet and using our speed like we know how to. From there on, second, third periods I think we showed that out on the ice. We had some huge saves by Resop…”

The physicality of the first period only increased during the second period, when Cole Golka and Hank Sorensen dropped the gloves to the right of Eric Levine. The Storm and Rivermen continued the hard checks that are ubiquitous to the rivalry, and just a couple minutes after Sorensen and Golka left the box the Storm scored to end the deadlock. Filip Virgili scored the first goal of the night just a hair under eight and a half minutes into the second period, sending in from his knees a pass from Leif Mattson. Shane Bennett picked up the second assist on the goal, which would be enough to earn him third star of the night in the end. 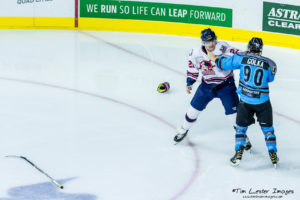 A few minutes after the Storm broke the deadlock, Carter Shinkaruk and Kasey Kulczycki dropped the gloves themselves. Shinkaruk picked up an instigating penalty for the fight to Resop’s left, giving the Rivermen another power play. That power play would be productive for the Rivermen, as only seven seconds into the man advantage the Rivermen scored. Mitchell McPherson found twine behind Resop, Jordan Ernst and Nick Neville earning the helpers on that tally. The Rivermen sit near the bottom of the rankings for power play conversion at only 15.2% efficiency, compared to the Storm’s league-leading 31.8% conversion rate.

When asked about the power play unit on Saturday versus Friday’s performance, Otten said, “I think we still, some guys have the pass mentality first, pass first rather than shoot. I think we had some bigger bodies up front that are working down low in front of the net. We’ve got to work the high to low and get the puck to the net for them guys. I think we did a better job at doing that. I don’t think we had as many blocked shots as we did last night. We were getting pucks through and I mean a shot on net, anything can happen.”

It didn’t take long for the Storm to retake the lead, scoring only 75 seconds into the third period. Golka scored the game-winning goal, Kyle Thacker with the assist.  The Storm held on to limit Peoria to only one goal in the night, even after Peoria head coach Jean-Guy Trudel pulled Levine with just under two minutes remaining in the game. Even with a frenzy of activity on the ice, the Rivermen managed to tally only a single shot on goal during their time with the extra skater. There were two attempts on empty net goals by the Storm, but neither were successful.

The Storm will be back in action on Thursday, November 10, with a special start time of 6:10 PM at Vibrant Arena at The MARK. The Storm will host the Vermilion County Bobcats both Thursday and Friday before heading to Evansville on Sunday.

“I think we [need to] get through this week with our bumps and bruises we have,” said Otten. “Work on our power play and d-zone and get guys healthy and go from there. It’s a big six points again on the line for us.”

Be sure to follow @FPHStorm on Twitter for the latest news and game updates about the Storm.