It was an action-packed holiday weekend at the Maverik Center as the Railers took two of the three games, lighting the lamp 14 times over the weekend

WEST VALLEY CITY, Utah – It was an action-packed holiday weekend at the Maverik Center as the Railers took two of the three games, lighting the lamp 14 times over the weekend.

The railers got on the board first as Jordan Smotherman took a shot and the puck passed through the goal crease and it was Reece Newkirk on the rebound at the top of the goal crease to make it 1-0 Railers 6:04 into the opening frame. Utah’s Luka Burzan got the Grizzlies on the board with his fifth goal of the season in the second period after hitting the post twice earlier in the frame.

After Burzan tied the game up it was all Worcester after that as Anthony Repaci shot a puck from the right point giving the Railers the lead 6:24 into the middle frame. The Railers took a two-goal lead late in the second as Utah’s Benjamin Tardif took a shot from the left circle that hit the post and it was Newkirk who took it the other way to make it 3-1 Worcester. Austin Osmanski sealed the deal with 24 seconds left hit the empty net as the final was 4-1 Worcester. 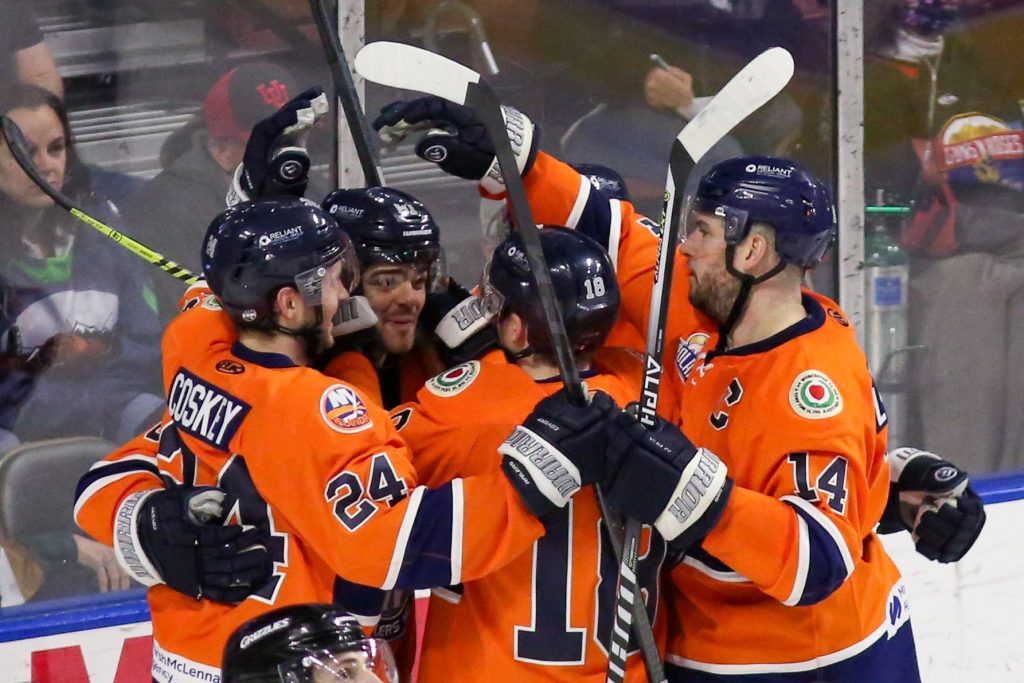 The Grizzlies had an outstanding start to the game as Nate Clurman sprung Quinn Ryan, who made no mistake on the breakaway as he sniped it past Colten Ellis. The Railers responded in the second as they had a two-on-one odd-man rush with Repaci shooting the puck into the wide-open net as Trent Miner was sprawled out trying to do as much as he could. The Grizzlies argued that the net came off its moorings and the play was not reviewed despite the controversial goal.

It was Smotherman who scored two goals in 2:49 spanning the second and third periods to give the Railers a 3-1 lead. Blake Christensen, Liam Coughlin, and Jacob Hayhurst all added goals in the third to blow the game wide open at 6-1. The Grizzlies tried to restore some positive energy, with Zac Robbins netting his seventh of the year with 5:56 left, to bring the score to 6-2, which ultimately ended up as the final score.

This was a game that had everything from huge saves to massive goals. Smotherman opened the scoring with his 22nd goal of the season midway through the opening frame on a tic-tac-toe play. Repaci thought he had made it 2-0 late in the opening frame, however, the goal was called back due to goaltender interference. In an early afternoon game, the Grizzlies finally found their energy between the first and second periods, and the middle period was a goal lover’s dream, with five goals scored. Through 40 minutes, the teams were deadlocked at 3-3.

With a minute, left the Railers pulled Ellis for the extra attacker and the Grizzlies’ defense stood tall, blocking shots and sealing the victory as the Railers attempted nearly 10 shots in the final minute. 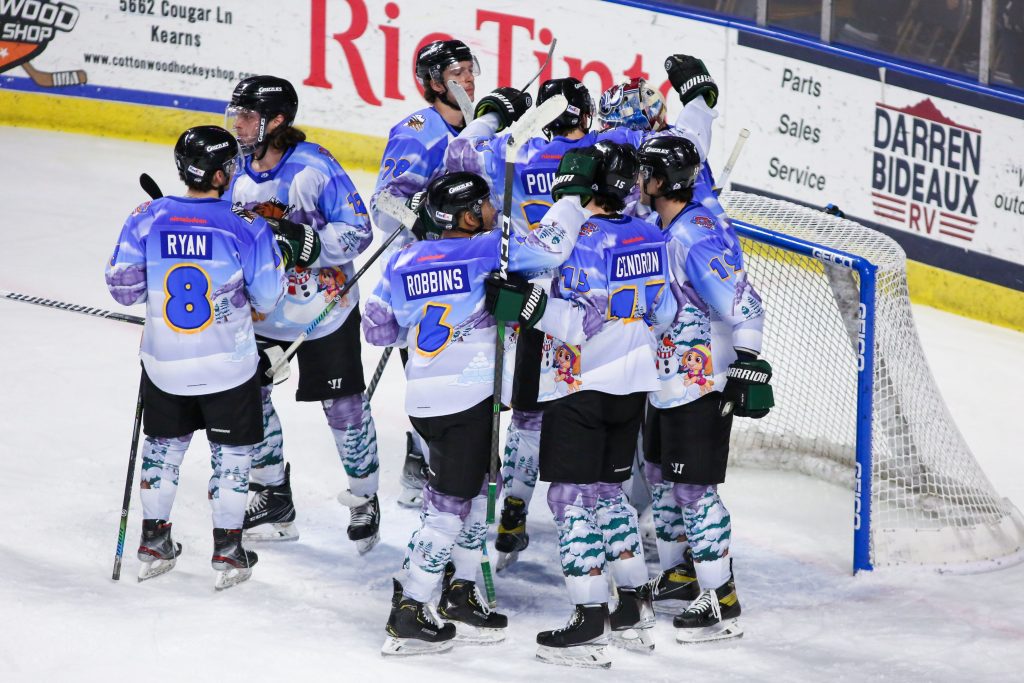 Players of the Series

He had two assists in Friday’s 4-1 win, adding two goals in the 6-2 Saturday win, and a goal on Monday afternoon

All of Mannek’s points in the series came on Monday, where he registered four assists.

Special teams were a key point in the series, with the Grizzlies going 1-for-12 on the power play, and the Railers were 4-for-8 over the weekend.

The Grizzlies also had trouble converting on many of the breakaways or 2-on-1 rushes over the weekend.

The Grizzlies will head to Cable Dahmer Arena in Independence, MO for a three-in-three series at the Kansas City Mavericks, beginning Friday night.