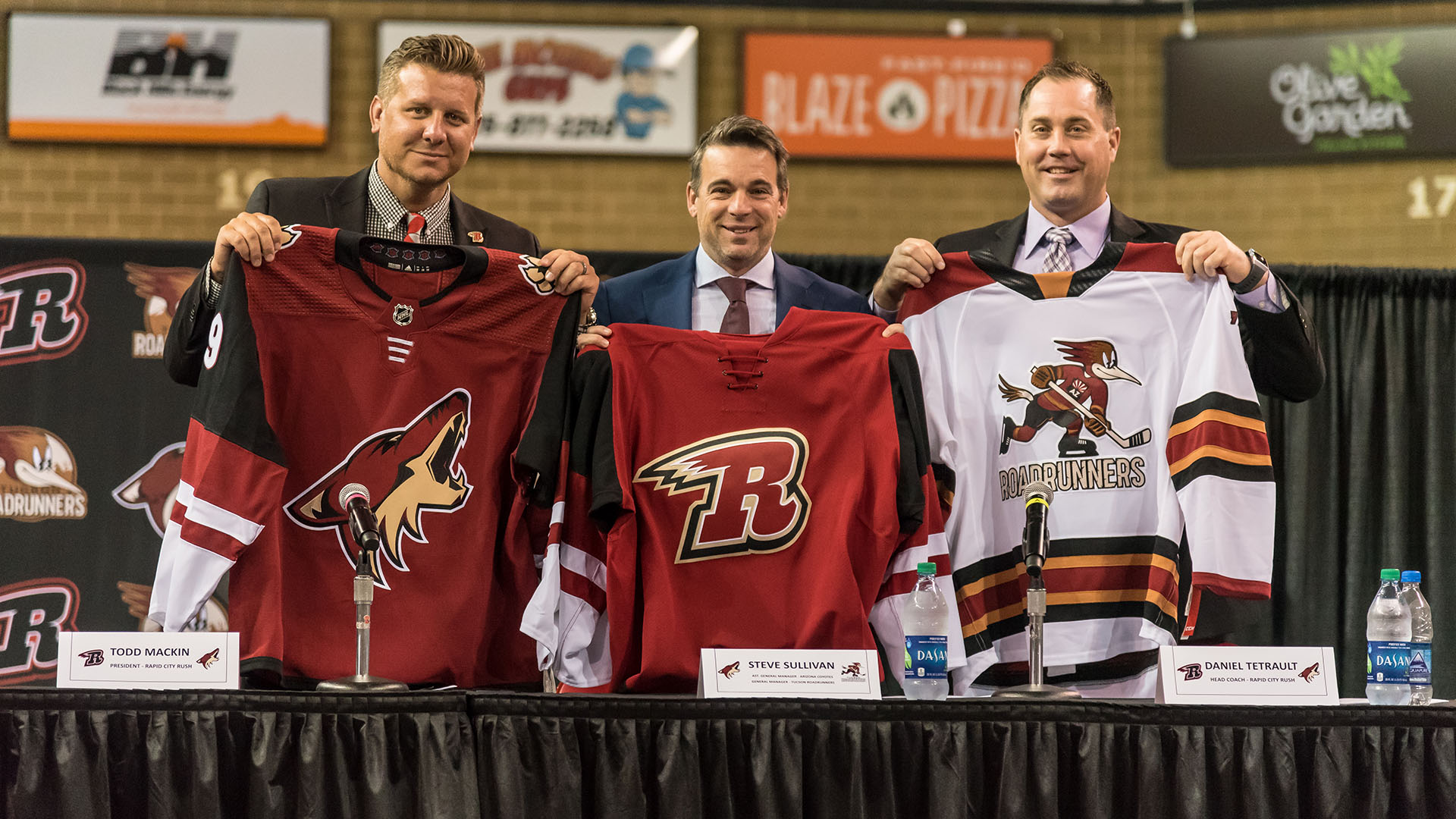 At the end of July, the Rapid City Rush rolled back the clock with a significant announcement: they would return to their first NHL affiliation with the Arizona Coyotes

RAPID CITY, S.D. — At the end of July, the Rapid City Rush rolled back the clock with a significant announcement: they would return to their first NHL affiliation with the Arizona Coyotes.
This should prove to be a positive step for the Rush after missing the playoffs last season.

“When we first set out in this process, we weren’t just looking for an affiliate for the sake of an affiliation. We wanted to work with an organization that we shared common goals with, could grow with, and that gave opportunities for advancement of our players and staff,” said rush owner jeff dickerson.

The Rush and Coyotes held a similar agreement from 2015-17, which saw four players move up the ranks and sport a Coyotes jersey: netminder Marek Langhamer, netminder Adin Hill, defenseman Dakota Mermis, and forward Michael Bunting. All three organizations are looking forward to a renewed relationship for player development and giving each club the best chance possible to be successful in their respective league.

In case you missed the press conference here is the full showing for your enjoyment:

Likewise we were able to get some sound bytes from Rush president Todd Mackin, Rush head coach Daniel Tetrault, Rush assistant coach Nello Ferrara, and Assistant GM for the Arizona Coyotes Steve Sullivan during the media breakout session.  Here are the highlights of those brief interviews:

Be on the lookout for the new format of our “Between the Pipes” series which will take on a new look for the upcoming Rush hockey season.  We’re excited to debut our new series/format in October in preparation of the upcoming hockey season.
Here’s our gallery of images from the presser as well:
[FAGP id=92962]