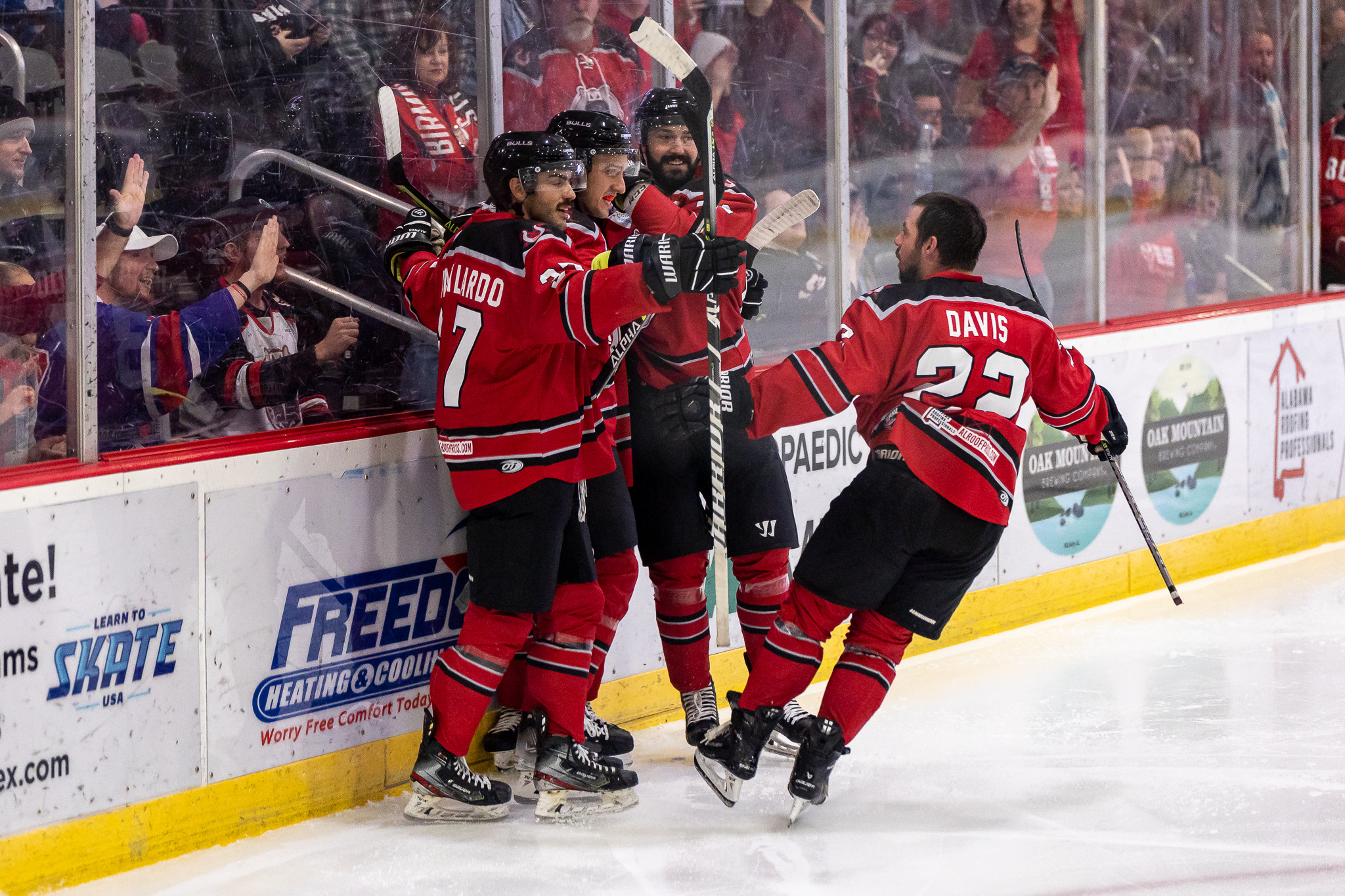 Rebound On Bulls’ Mind Heading Into Clash With Havoc

Rebound On Bulls’ Mind Heading Into Clash With Havoc

PELHAM, Ala. – After a tough weekend, the Birmingham Bulls are looking to get back into the win column. The Bulls fell short in both games this past weekend against the Huntsville Havoc and the Knoxville Ice Bears. This comes after a terrific opening weekend to the season, where the Bulls scored a combined 12 goals in two games against the Vermilion County Bobcats.

Birmingham only has one game on the schedule for week three of the SPHL season, and it’s a home game against bitter in-state rival the Huntsville Havoc. As previously stated, the Bulls fell to the Havoc 2-1 last weekend and are looking to get some payback on home ice this week. Last Friday’s matchup was not all bad for the boys from the Iron City. The Bulls outshot the Havoc 38-23 and controlled the time of possession. It was just a matter of bounces not going their way and one unnecessary boarding penalty that resulted in the eventual game-winning goal for the Havoc.

What to Look For

The Bulls will look to find some offense on Friday night after only finding the back of the net twice this previous weekend. The team will rely heavily on the Carson Rose, Jordan Martin, and Mike Gillespie line to spark this offense. The Bulls will also be looking to get off to a better start than they have in games this year so far. In three of the four games, the Bulls have given up the first goal of the game within the first four minutes.

On the other side of the ice, the Havoc will be looking for more of the same stellar play by goaltender Nick Latinovich. Latinovich has appeared in two games for the Havoc this season and has an outstanding 0.50 goals against average, and a .985 save percentage. The Havoc will also look to improve in a few areas. So far this season, the powerplay just has not been clicking. They only have one goal on the power play, and that was the game-winning goal against the Bulls this past Friday night. The penalty kill also leaves a lot to be desired, sitting 11th in the league at a 54.5% success rate.