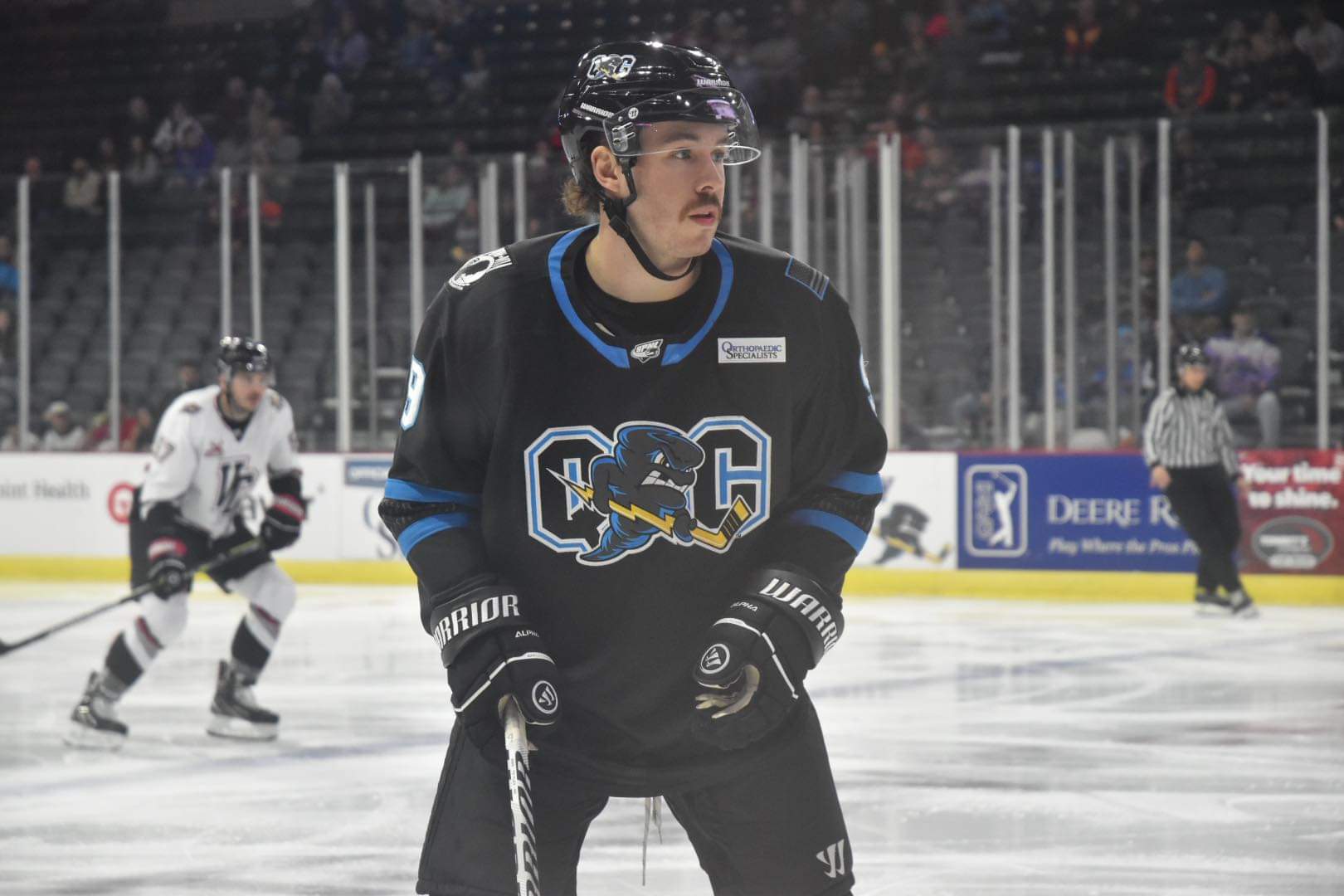 MOLINE, Ill. — The Quad City Storm are blazing up the standings, on the cusp of a record-setting start to the season.

With two weekend sweeps in a row under their belts, the northern-Illinois-based team now has a four-game winning streak and looks to make it five when they go on the road this coming weekend. Some personal history has been made with the sweep against the Vermilion County Bobcats, too, as Shane Bennett scored his first career hat trick. However, the Storm’s performance this weekend was a little less stellar than the four points would reflect.

The Storm played a physical game both nights, Saturday’s game capped by a brawl late in the third period, leading to a total of 92 PIM between the two teams — the brunt of which was levied against Quad City with 57 PIM after four game misconducts were assessed. Sunday’s contest was a bit more subdued, though plenty of goals were scored to give the Storm quite the treat on Halloween. The Storm dominated in shots on goal in both games this weekend, totaling over 50 SOG in each game. The second period of each game had different performances from the Storm, however.

During the second period on Saturday, the Storm were clearly in control and the better team, scoring four goals in the first ten minutes and holding Vermilion County to only four shots on goal the entire period. In the same period on Sunday, however, the story was very different. The Storm struggled, scoring two goals but looking like a much different team compared to the night before. The power play unit was 2/5 on Sunday, but Vermilion County was looking like a better team for parts of the game as they had more quality chances for goals but were kept off the scoresheet by Bailey Brkin, save for the goal in the middle of the period. The Storm were sluggish, though the physicality had not toned down, and big hits were still being laid even as the scoresheet didn’t show any penalties from high tensions taking offense at hits.

“I think [Sunday’s second period] was our worst period we had here,” said Coach Dave Pszenyczny. The Storm goal that beat the buzzer to end the second period on Sunday “was a momentum change, but at the same time the team responded well in the third.”

Cole Golka and Brett Gravelle are still seeing time in the ECHL, Golka with the Iowa Heartlanders, and Gravelle with the Rapid City Rush after being picked up on waivers on Sunday. With the loss of two key players, the remaining Storm players have had to step up. “That was one of our big things starting early last week that we spoke about: ‘Hey, we lost two key guys, players need to bring their game up.’ You know, it’s tough playing two games in less than 24 hours, right, it’s never easy. But still, there’s two points up for grabs each game, so you’ve got to find a way to win it,” Pszenyczny said post-game Sunday.

Bennett has undoubtedly stepped up, racking up five goals and one assist this weekend alone, for a season total after six games of six goals and two assists. “He was kind of snake bit the first weekend, and he kind of knew himself. But more importantly, we’ve got a lot of depth. We’ve got three lines right now that they’re having success for a reason. In saying that, we’ve got to manage the egos, right? Check it at the door and know we’re playing for the team at this point.”

The Storm are now in third place in the league with nine points, behind the unbeaten Huntsville Havoc and 5-1 Evansville Thunderbolts, each with ten points. The Storm will look to extend their streak to six games when they hit the road this weekend, taking on the Peoria Rivermen for the first time this season before making the trip to Vermilion County for the first time.

Be sure to follow @FPHStorm on Twitter for the latest news about the Storm and game updates.