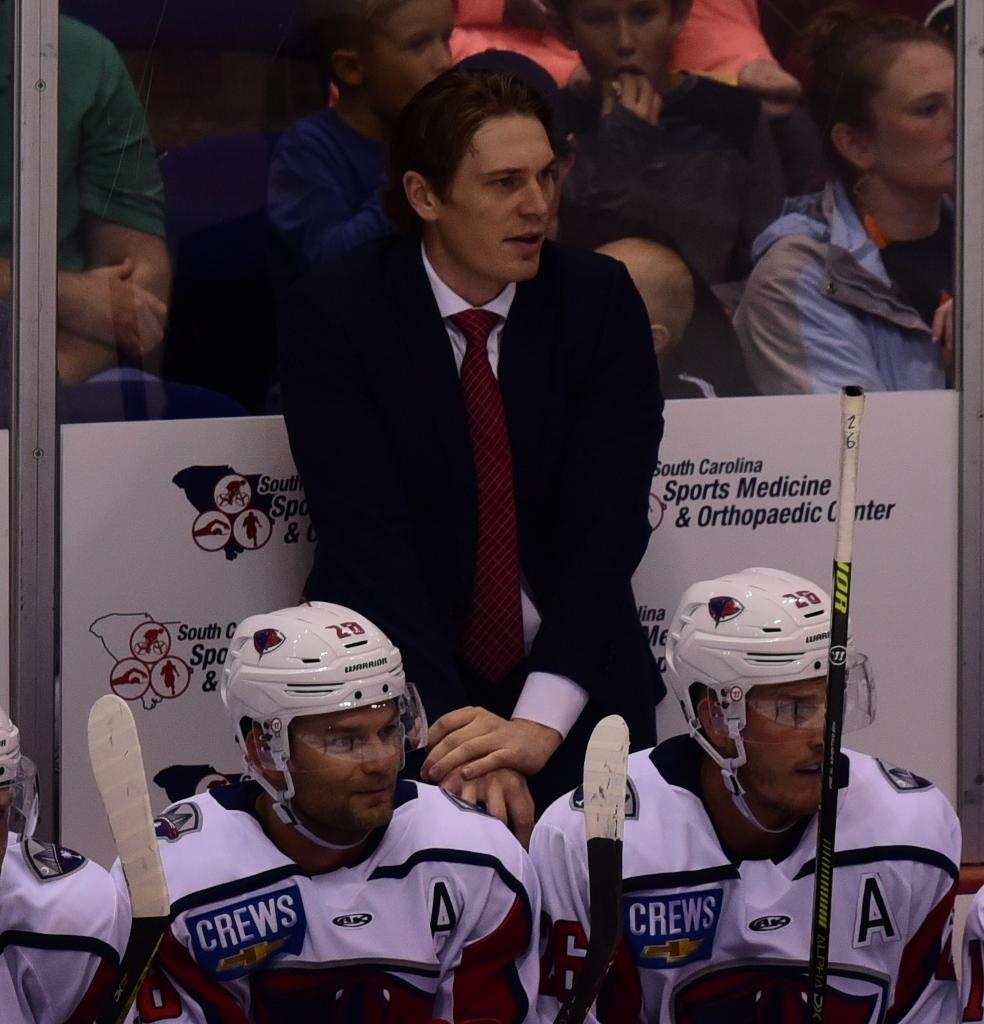 the South Carolina Stingrays announced that reigning ECHL Coach of the Year, Steve Bergin, is leaving the team and has “accepted a new opportunity.”

NORTH CHARLESTON, S.C. – The ECHL coaching carousel is once again open. In a stunning announcement Wednesday morning, the South Carolina Stingrays announced that reigning ECHL Coach of the Year, Steve Bergin, is leaving the team and has “accepted a new opportunity.”
Bergin, who served as an assistant coach for three years from 2016-19 before taking over as the ninth head coach in team history prior to the 2019-20 season, guided the Stingrays to the ECHL’s best regular season record in his only campaign.
The search is underway for a new head coach.
Bergin edged out fellow head coaches Steve Martinson (Allen), Brad Ralph (Florida), Kirk MacDonald (Reading), and John Snowden (Newfoundland) for the league’s highest honor for bench bosses this past season, doing so in his rookie season behind the bench.
Bergin said in a statement:

“Moving on from this organization and city is the hardest decision that I have ever had to make in my life. It is never easy to move on from a place that has given you so much. I loved my time here and will never forget the people that I was able to work and develop relationships with. I would like to thank our owner Todd Halloran for the opportunity and trust in me to coach this team. The staff, Ryan Blair, Rick Covard, Cameron Parker and Jared Shafran, for all the hard work and dedication they have put into the success of this organization. The players, who without your sacrifice and dedication, none of our team’s success would have been possible. The relationships I have built with you guys will be something I will never forget. I would like to thank Jason Fitzsimmons for his support and guidance throughout my four years here. Not only in hockey, but more importantly, off the ice. He has been a great example of true character. Most importantly, I would like to thank Rob Concannon and Ryan Warsofsky for giving me the opportunity four years ago to be a part of this organization and for teaching me what it means to be a Stingray. I am excited to see what the future holds for me and will always look back on my time here with great memories.”

In concert with Hershey, Bergin put together a very well-rounded team, led by offensive talents Dan DeSalvo and Mark Cooper, and a lethal 1-2 goaltending combination of recently-retired Parker Milner and Logan Thompson. The Stingrays finished the shortened season with a 44-14-4 record, including a 25-5-4 on the road. The team’s 25 road wins are tied for the second-most in a single season in ECHL history. Bergin also served as a coach at the 2020 Warrior Hockey/ECHL All-Star Classic in Wichita, leading the Eastern Conference to the event’s title.
You can keep up with the ECHL’s South Carolina Stingrays during the extended offseason by following @SinBinStingrays on Twitter! Download The Sin Bin app from the iTunes or Google Play stores for the latest news on the AHL, ECHL, and SPHL during this extended offseason!