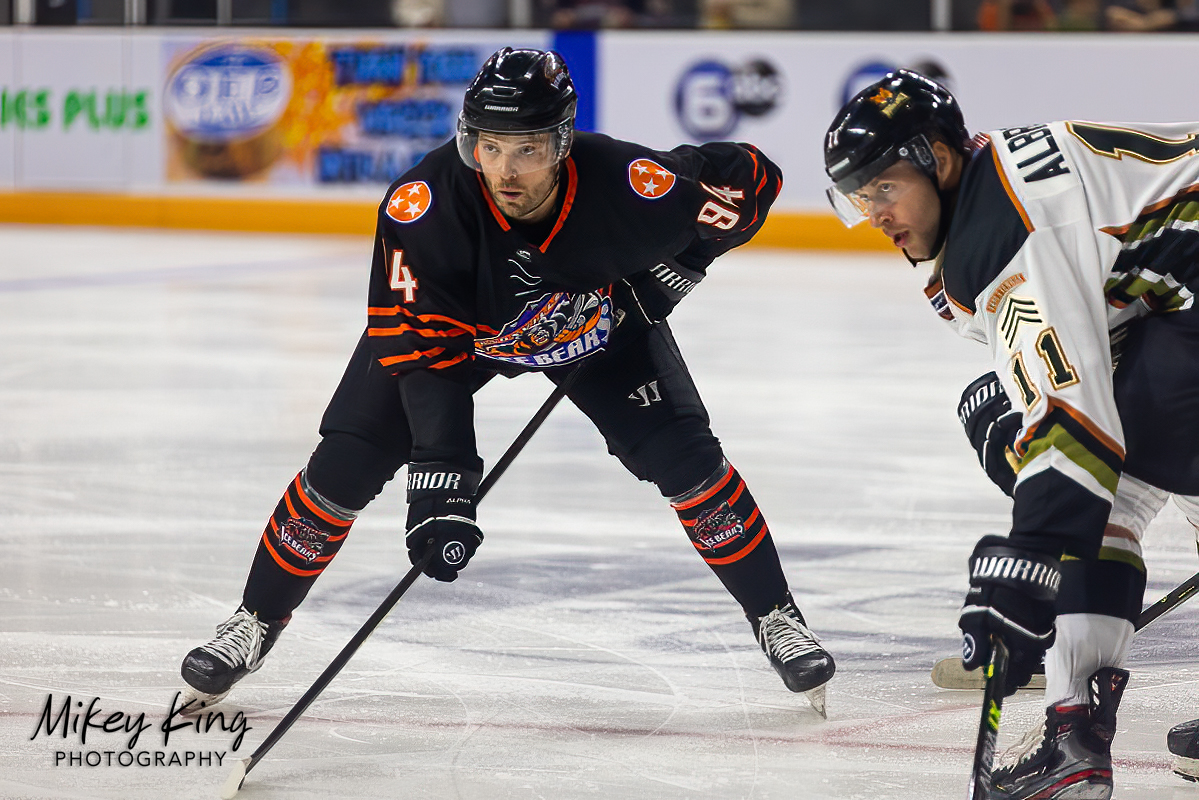 Rematch With Roanoke Ahead This Weekend For Ice Bears

Rematch With Roanoke Ahead This Weekend For Ice Bears

Knoxville, Tenn.- The Knoxville Ice Bears are set for two games on home ice this weekend. Friday night, they welcome the struggling Macon Mayhem into town and then will host the team that eliminated them from the playoffs last season, the Roanoke Rail Yard Dawgs. The Ice Bears are off to a great start this season at 3-1 and are coming off a big victory against the Birmingham Bulls, where goaltender Kristian Stead stopped 60 of 61 shots.

Friday Night Showdown with the Mayhem

This will be the first of nine games between the Ice Bears and the Mayhem this season. Last season Knoxville went 6-0-1 against Macon.  Macon is coming into this game with an 0-4 record and hungry for that first victory in the Nick Niedert era. The Mayhem have been outscored this season by a combined score of 19-6. On the other hand, the Ice Bears have not had any trouble finding the back of the net with an offense powered by captain Justin Macdonald, Brady Fleurent, and Andrew Bellant.

The key to success here for the Ice Bears will be a fast start. With the Mayhem struggling offensively and defensively, getting a quick goal to start the game, much like they did in Birmingham, will force Macon to play out of their comfort zone. Knoxville will also have to ensure they stay out of penalty trouble. The Mayhem have scored 50 percent of their goals on the power play this season so far and have the third-best power play unit in the league. Lastly, the team cannot rely on Stead to stop 60 shots every night. He has proven he can steal a game, but the key to long-term success will be the support in front of him.

Let’s face it, Knoxville fans have likely been waiting for this game to happen since the schedules came out. Last year the Rail Yard Dawgs shocked everyone and took down the top-seeded Ice Bears in the first round of the playoffs as the eighth seed. Historically the Ice Bears have been the better team, and last season they went 5-2 against Roanoke during the regular season. Over the past five years, Knoxville holds a 17-6-1 record over Roanoke. Don’t get things twisted around, in any case. This Roanoke team is not a pushover and doesn’t care much about the past.

The keys to success in this one start with not letting Roanoke control the tempo of the game. Knoxville doesn’t want to find themselves spending the majority of the game in their own zone. The Ice Bears are a very dangerous team when they control the tempo. Just ask the Fayetteville Marksmen. Roanoke is a team that has scored four or more goals in each of its three wins this season. The Defense will have to do its part to ensure that doesn’t happen here. If the team can keep everything along the boards and not allow guys like Mac Jansen to get a good look at the net, they will succeed.