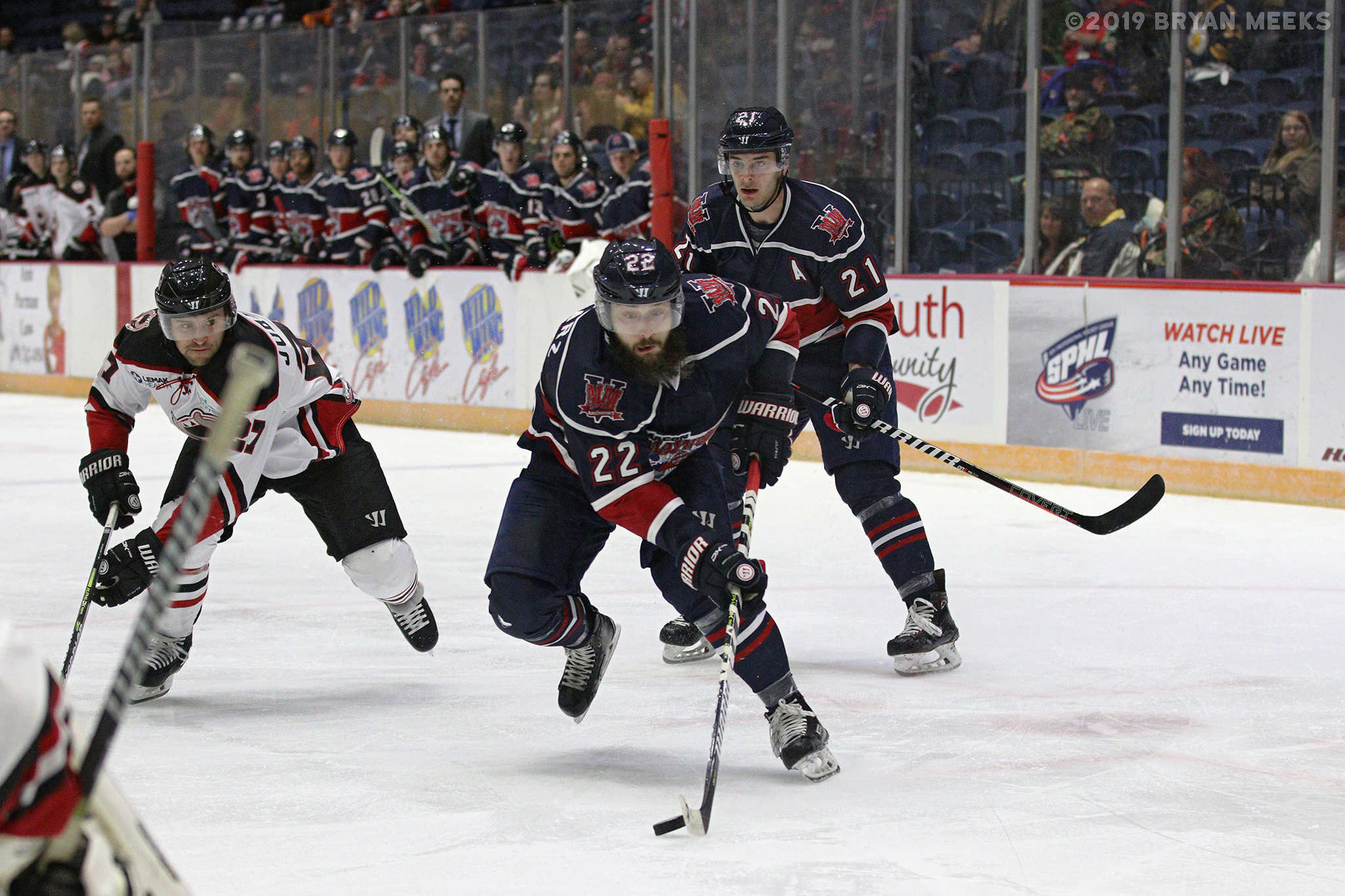 Return of Cesarz Well-Timed for Mayhem

Return of Cesarz Well-Timed for Mayhem

MACON, Ga. – The past two months have hardly been fun for Macon Mayhem right-winger Danny Cesarz.
On account of symptoms from a concussion, Cesarz has been sidelined. While his teammates have been on the ice going for wins and losses, Cesarz has been relegated to the role of spectator, watching from the vantage point of fans in the stands.

“That was one of the hardest things I’ve ever had to do in hockey – just sitting up there watching the guys go over the boards, just watching them play their hearts out,” Cesarz said.

That lens of view changed this week for Cesarz and the Mayhem, yielding immediate results. In Tuesday night’s 2-0 win over Pensacola, Cesarz’s pass from behind the net set Stephen Pierog up to score Macon’s first goal of the night.
“It felt great, it’s been a long time coming,” Cesarz said.
And the timing could not be much better for Macon as its fighting for its postseason life. The Mayhem play at Knoxville on Friday and at Birmingham on Saturday. Macon’s 15-23-6 with 36 points, tied with Quad City and Birmingham for seventh in the standings and one point in front of Roanoke.

“It just felt great to go over the boards with the guys again.” – Danny Cesarz
“It’s definitely a spark. It’s a good boost for us. He does a lot of stuff for us, he’s on the power play and penalty kill and a guy we rely on for a lot,” Mayhem head coach Ryan Michel said. “He brings veteran leadership that you need.”

In a time of the season where any jolt can help a team get on a roll, Cesarz is not surprisingly glad to be back on the ice.
Macon doesn’t just welcome his offensive skill set, but his veteran leadership, as well. This is Cesarz’s sixth season in the SPHL. With his ice time limited by injury, he’s still been among the most productive with 19 points in 21 games. That’s the second-best points-games ratio on the team behind Dylan Denomme (17 points in 18 games).

“With the position we’re in and the games that need to be won, I just want to be out there doing all I can to help the team,” Cesarz said.

The Mayhem travel to Knoxville to take on the Ice Bears tonight, followed by a pivotal tilt in Birmingham against the Bulls Saturday night.
Follow Brad on Twitter for all your Macon Mayhem news & notes! Don’t forget to also follow The Sin Bin on Twitter and Facebook for all additional AHL, ECHL, and SPHL minor league hockey coverage and insights!