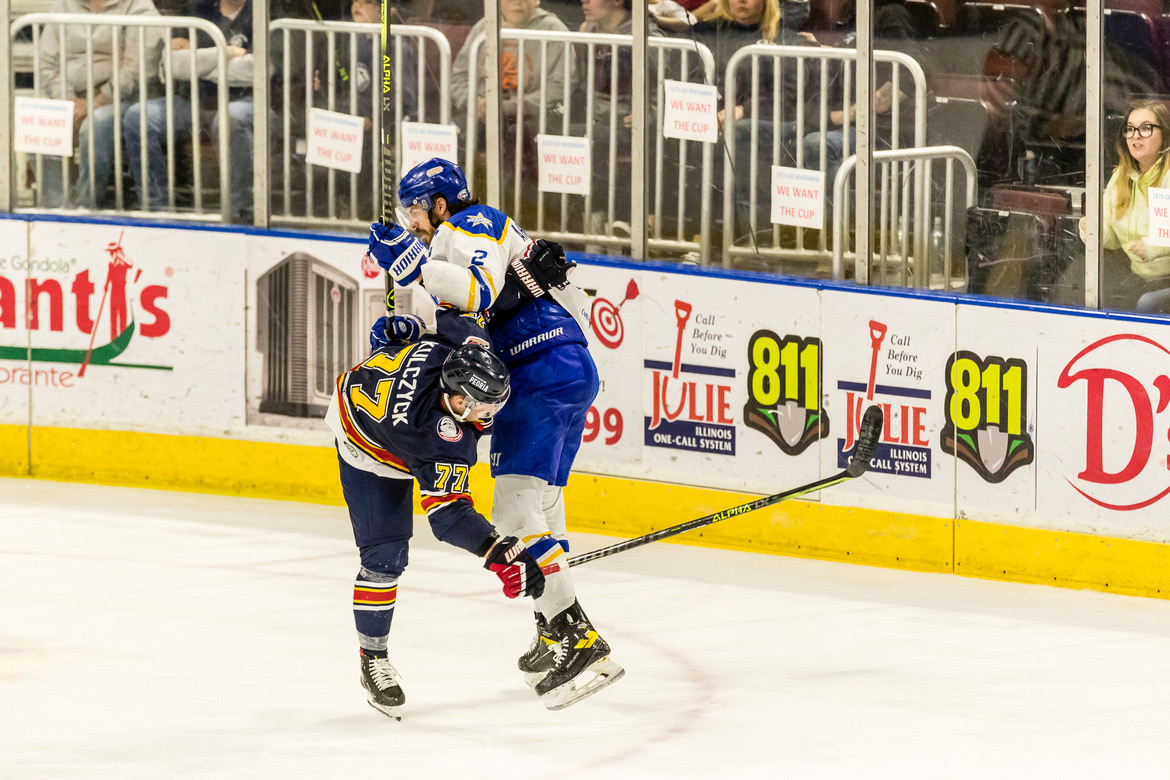 Rivermen One Win From Title

Rivermen One Win From Title

MACON, Ga. – The Peoria Rivermen are one short step away from the glory of a President’s Cup championship.

If there is such thing as a glass slipper in hockey, Roanoke’s was smashed into tiny bits on Friday night in Peoria, as the Rivermen jumped all over the Rail Yard Dawgs early and often in a 7-3 win, getting a 5-1 lead through the first 20 minutes. Leading the way was Jordan Ernst with a hat trick and Marcel Godbout’s strong play continuing with a three-point night, two coming via assist.

The series now shifts to Roanoke for Monday’s third game in the best-of-five series and if needed, game four on Tuesday and game five back in Peoria on Thursday. After upsetting Knoxville and Huntsville in the first two rounds of the President’s Cup playoffs, the Rail Yard Dawgs will need to recapture some of that same magic to return the series to Peoria.

As for the Rivermen, if they play at the level that they did on Friday, the series won’t need a winner-take-all fifth game.

One night after spotting Roanoke a 2-0 lead from which Peoria rallied to take a 3-2 win, no such drama was needed on Friday, starting with Ernst needing just 2:30 to make it a 1-0 Rivermen lead.

Already with a one-goal lead in hand, the Rivermen needed just 56 seconds to go up 3-0 on goals by Alec Baer and Kasey Kulczycki. Those two goals, the second coming 7:20 into the game, were followed by Roanoke starting goalie Sammy Bernard exiting having stopped two of five shots, with Austyn Roudebush coming in to replace him.

Peoria had no such goalie issues. The Rivermen continued to play the hot and in goal with Jack Berry once again getting the call, and he 25-of-28 shots to get the win. Now having made more playoff appearances this postseason than any other goalie in the SPHL playoffs, Berry has a 2.28 goals against average. 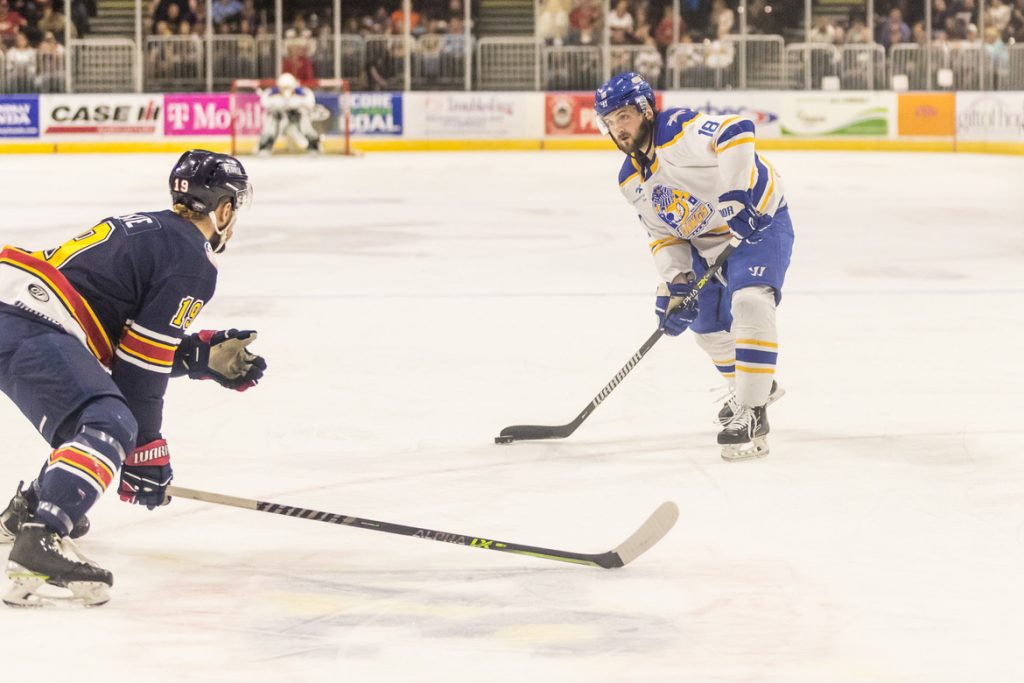 Down 3-0 on Friday, the Rail Yard Dawgs briefly fought back in the first on a power-play goal by Nick Ford at 8:31. Not to be outdone, Ernst put the lead back to three goals at 11:37 of the opening period before Godbout put one in the back of the net for a 5-1 lead less than 13 minutes in the game. 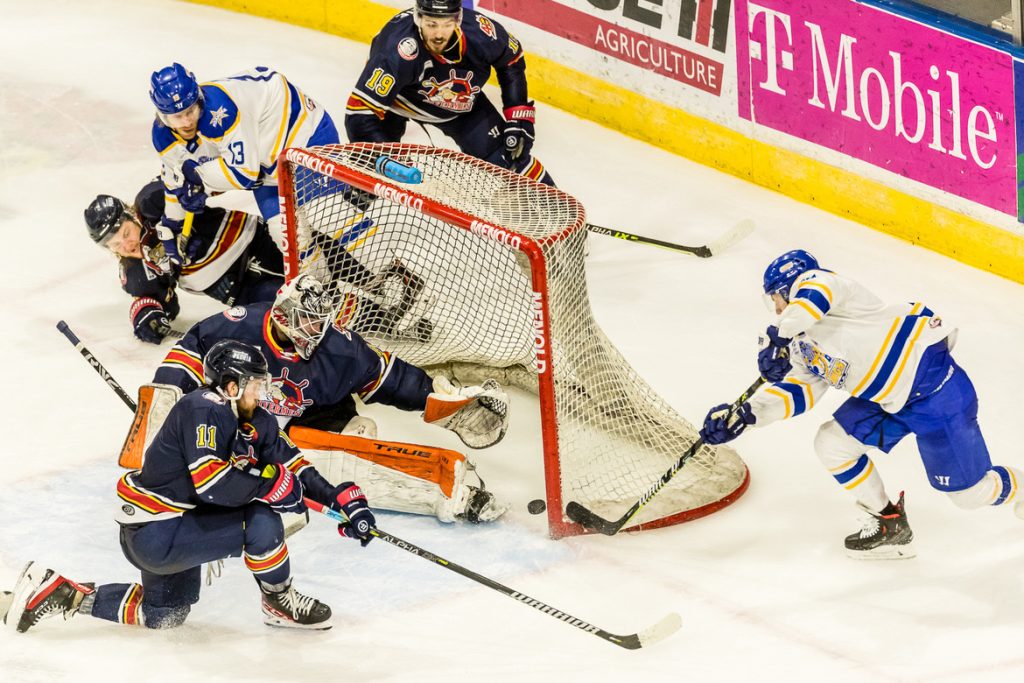 Though not as frenzied, each team exchanged goals in the final two periods. After Alec Hagaman’s goal 10:12 into the second period, Roanoke’s Brady Heppner buried a power-play goal to make it 6-2 before in the thrid where Travis Broughman added a Rail Yard Dawgs goal prior to Ernst securing the hat trick with 50 seconds to play,