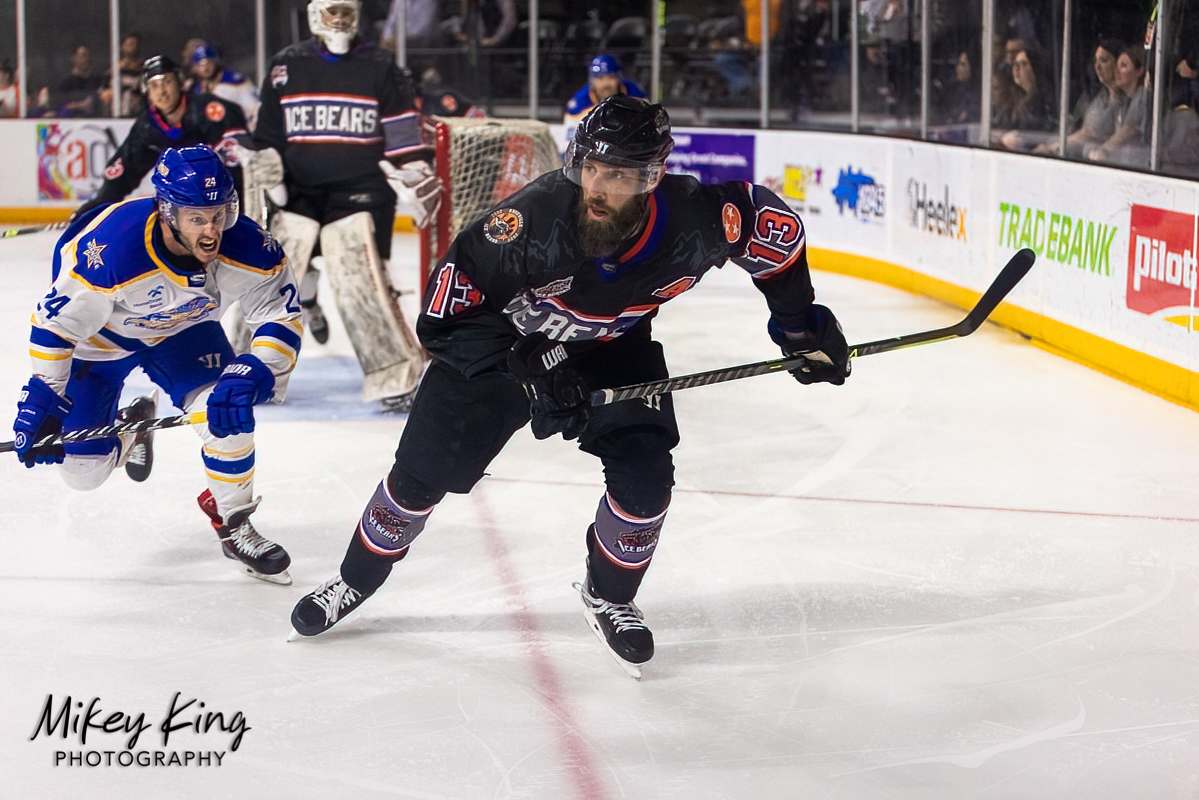 The Knoxville Ice Bears faced off against the Roanoke Rail Yard Dawgs in the first game of the post season on Wednesday.

KNOXVILLE, Tenn – The Knoxville Ice Bears faced off against the Roanoke Rail Yard Dawgs in the first game of the post season. The two teams had a very physical regular season series, and this game followed suit.

The Ice Bears were the first on the scoreboard with a goal from Stepan Timofeyev in the crease. Andrew Bellant tallied again for Knoxville late in the second period giving the Ice Bears a 2-0 lead going into the third period.

Roanoke came into the third with a lot of energy. They were putting the puck on net, but could not get anything past the Ice Bear’s netminder Jimmy Poreda. Dino Balsamo scored for the Ice Bears midway through the third to make it a one goal game. The Dawgs were able to answer back with a goal from Matt O’Dea. Roanoke was not able to continue the come back and gave up an empty netter to Stepan Timofeyev. The Ice Bears took game one with a final score of 4-1.