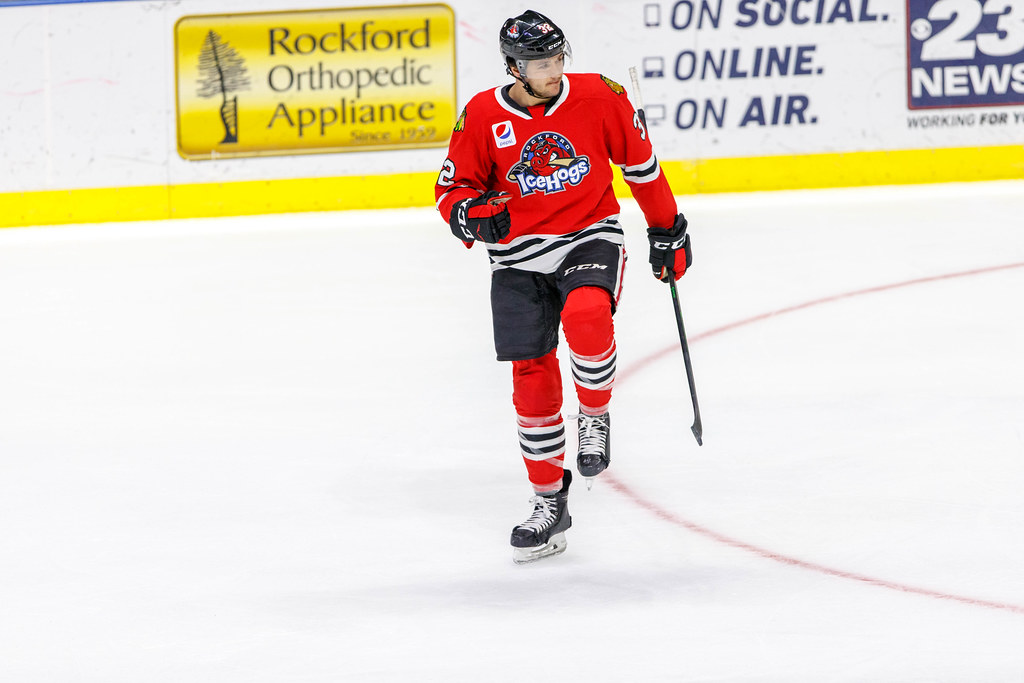 Rockford, Ill. – The Rockford IceHogs are currently preparing for the opening of the 2020-21 AHL season. It will be a young batch of prospects entering the first weekend of action. Rockford’s 30-game schedule begins Friday night when the Cleveland Monsters visit the BMO Harris Bank Center.

What can we expect from this year’s crop of piglets? Here’s a quick look up and down the organization.

Captain:  F Garrett Mitchell, who quickly earned the respect of the locker room after joining the team on a PTO last season. D Cody Franson (like Mitchell, on an AHL contract with Rockford) and F John Quenneville have been named alternate captains.

The Hogs entered the season with a slew of new prospects.  Despite dropping their first three games, Rockford’s youngsters managed to gel fairly quickly. From November 2 to December 20, the IceHogs went 14-5-0-1. At that point, call ups and injuries resulted in the team’s fortunes dropping like a puck at faceoff. It happens.

Rockford dropped a 3-2 decision to Cleveland at home on December 21. This was the beginning of a two-month stretch where the IceHogs lost 16 of 19 contests.

Things got a little better by mid-March before the AHL put the kibosh on the season. With 62 points, they were just outside of the playoff picture.

Rockford, like many teams focusing on development, did not sign a lot of veteran talent to bolster the prospects on either end of the ice. The IceHogs are traditionally made up of young prospects. However, this year they will be the least experienced team in the AHL…and it isn’t even close.

What to Watch For?

Chicago, Grand Rapids, Iowa, and Cleveland have a bit more experience throughout their lineups than Rockford, which could mean trouble. Expect the piglets to take some lumps, especially in February and March.

There are a host of AHL contracts that will have to play key roles for Rockford. The organization is treating this season as an extended prospect development camp. With that in mind, several players who would be buried on the depth chart in past campaigns have some unique opportunities.

The IceHogs may struggle to score goals and will be quite raw on the defensive end. Be patient. Rockford will be a work in progress.