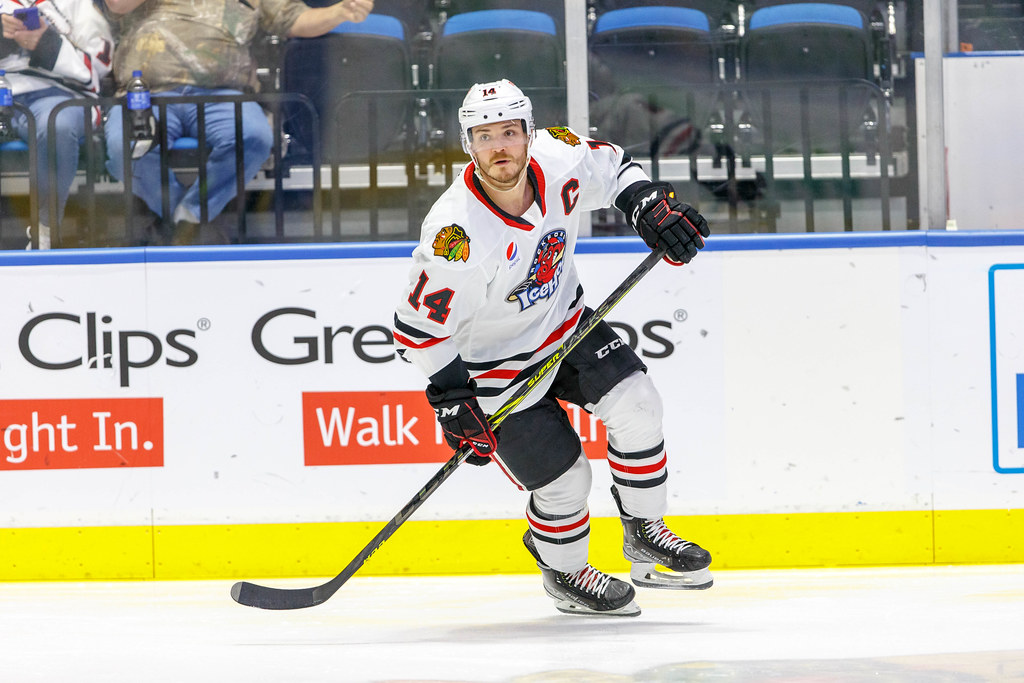 Rockford, Ill.-The Rockford IceHogs got through the 2020-21 schedule with minimal interference from the COVID-19 virus. Over the last few days, however, that luck seems to have run out.

Rockford is staring at extended hiatus from the 2021-22 campaign after a slew of plays have been placed into the AHL’s COVID protocols. The Hogs have already had a pair of games postponed and may be out of action through the upcoming weekend.

Rockford’s December 27 game in Iowa was postponed due to the virus when two coaches and seven players entered COVID protocols. Wednesday, the team announced that Thursday’s game in Milwaukee would also have to be rescheduled, with three more players being placed in the protocols.

As of Wednesday, the IceHogs are still scheduled for a home-and-home series with the Chicago Wolves on Friday and Saturday. However, it seems unlikely that Rockford will be ready to continue its schedule after last playing on December 21 against the Admirals.

The list got longer for Rockford on Wednesday, as forwards Lukas Reichel and Jakub Pour, along with defenseman Jakub Galvas joined the ranks.

Collin Delia was recalled to the Chicago Blackhawks on Sunday. Rookie Arvid Soderblom was assigned to the Blackhawks taxi squad Wednesday, leaving Cale Morris and Tom Aubrun available for Rockford in net.

Veteran forward Brett Connolly was placed on the taxi squad on Sunday, leaving the IceHogs with just nine healthy forwards on the roster. This includes Chad Yetman and Riley McKay, who have been recalled from the Indy Fuel of the ECHL this week.

Rockford also recalled defenseman Jacob LeGuerrier from Indy to help fortify the defensive numbers. This gives the Hogs six blueliners that are available to play at this point.

For those of you doing the math, the IceHogs have lost 13 players from the team that was starting to find its footing in the Central Division as they prepared to return from the holiday break. Obviously, the team will be vastly different from the group that last skated at the BMO Harris Bank Center ten days ago.

Most of the team’s AHL contracts have been called up from Indy; if the IceHogs are to take the ice at all this weekend, it may be with a couple of PTO contracts added in the next day or two. Otherwise, the whole weekend may be scratched until some players are ready to return.

Rockford had a couple of postponements in the 2020-21 season, but those were due to opponents’ issues with COVID protocols. Presently, the Hogs could be facing some serious downtime as they try and recover over the next few days.