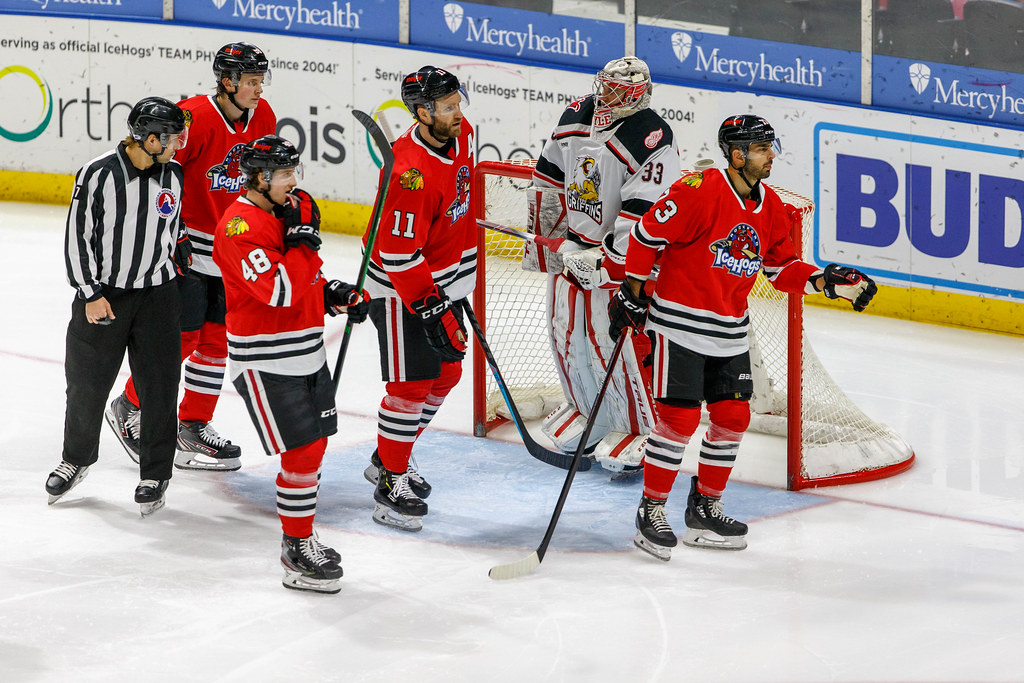 Rockford IceHogs Take to the Road in October

Rockford IceHogs Take to the Road in October

ROCKFORD, Ill. – The Rockford IceHogs open the 2021-22 season in Grand Rapids on October 15. They’d better get used to the view from the bus.

The Blackhawks purchased their AHL affiliate last season and are making improvements to the BMO Harris Bank Center. To ensure those upgrades are done, the IceHogs will be on the road for the entire month of October, playing a season-high six straight road games.

When the IceHogs open their home schedule on November 6 against the Grand Rapids Griffins, they will play seven of nine contests in November at the BMO.

The IceHogs will play a 72-game schedule this season, with the bulk of those games occurring in the AHL’s Central Division. As opposed to last season’s abbreviated slate, Rockford will be active against all six division rivals.

The IceHogs play a dozen games against Iowa, Milwaukee, and Chicago. Rockford has eight games planned with Texas, Manitoba, and Grand Rapids. The Hogs also have four games scheduled with the North Division’s Cleveland Monsters and four each with Tucson and Henderson of the Pacific Division.

Rockford has a seven-game homestand in January and a five-game road excursion in March. However, after the first two months, the Hogs settle in for a fairly balanced schedule.

Following its October 15 opener against the Griffins, Rockford visits its biggest rival, the Chicago Wolves, on October 16. The IceHogs spend the second weekend of the 2021-22 season in Des Moines for two games with the Wild. They will then fly to Texas to close out October.

Last season, a young IceHogs squad dropped their first six games on the way to a last-place finish in the Central. Rockford coach Derek King will surely be hoping his team avoids going 0-for-October.